Another two Greek agricultural products, an extra virgin olive oil and a cheese, have recently been included in the European Union’s register of Protected Designations of Origin and Protected Geographical Indications. Namely, on December 16, 2019, having regard to Regulation (EU) No 1151/2012 of the European Parliament and of the Council of 21 November 2012 on quality schemes for agricultural products and foodstuffs and in particular Article 52(2), the name “Κρασοτύρι Κω” (Krasotiri Ko) / “Τυρί της Πόσιας” (Tiri tis Possias) (PGI) and the name “Κριτσά” (Kritsa) (PGI) were both entered in the above-mentioned register.

Kritsa PGI olive oil has been produced in Crete for almost a century. Its story began in 1927, when a group of passionate olive growers in the area of Kritsa set out to give the world a superior olive oil, with a peppery flavor and very low acidity.
“Kritsa” olive oil, produced exclusively from Koroneiki olives, is renowned both in Greece and internationally due to its exceptional quality (low acidity, low extinction coefficients) and its fruity flavor. Kritsa PGI is produced in a relatively small area, where soil and climatic conditions are roughly the same throughout, which means the final product has uniform characteristics. In addition, it is also packaged within the defined area, and more specifically in the place where it is produced. This ensures that the quality characteristics of the oil are not affected or altered. 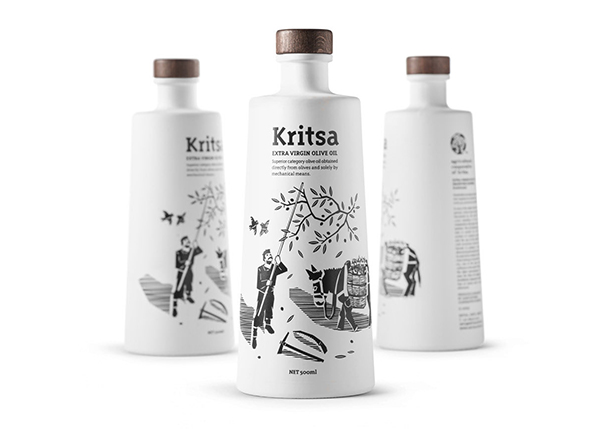 Krasotiri Ko / Tiri tis Possias is a soft cheese made from curd produced from pasteurized or raw goats or sheep milk, or from a blend of goats and sheep milk, after renneting. It is ripened for at least one day in brine and then for at least one month in wine lees known as “possia” –“possia” is a thick mixture of boiled red wine sediment, or lees, which is rich in aromas.
The sheep and/or goat milk used to make this particular cheese must come exclusively from breeds of sheep and goats traditionally raised on, and adapted to, the Greek island of Kos in South Aegean. This is because the milk produced has specific quality characteristics, owing to the island’s distinctive microclimate and the rich flora in the natural pastures that provide part of the animals’ daily diet.
Its color completely white inside. On the outside, the cheese acquires a reddish tinge from the wine lees. The intensity of the color depends on the color of the wine lees and the length of exposure to them while the cheese is ripening. Its shape is that of a long, asymmetrical cylinder with pronounced indentations from the “tyrovoli” or cheese mould, used for straining the curds.