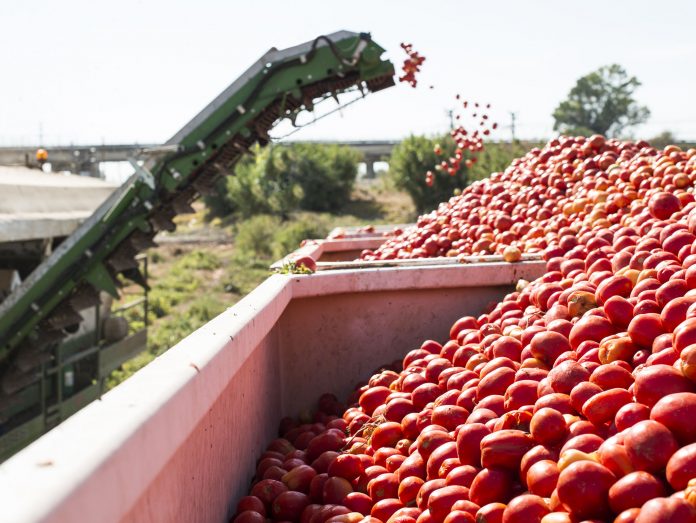 This year’s production of tomatoes for the processing industry is expected to be one of the best in recent years, according to the General Manager of the Agricultural Cooperative of Thessaly Tomato Producers, Mr Asterios Sapounas.
The collection of industrial tomatoes in Larissa and Farsala, in Thessaly has already begun, and almost all cooperating factories (Nomikos, Damavand, Agrofarm) have already opened their doors to the new crops. After two years of intense hailstorms and global flooding, which tested the strengths of producers and the future of cultivation, this year has been relatively smooth so far and production is expected to be good, both in terms of quality as well as quantity,
“This has been a rather smooth year, especially if we take into account that the previous two years were pretty bad for tomato producers. This year we expect an increase of 30%,” suggested Mr Sapounas.