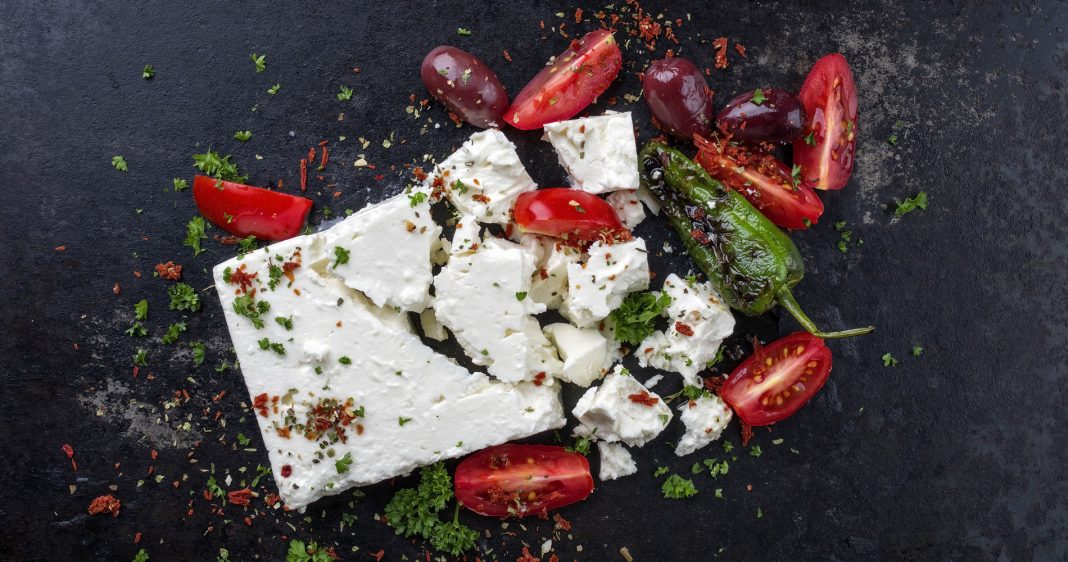 How is Feta cheese produced? What is its vitamin, protein, and other nutrients content? How natural is it? Here are some interesting facts about the legendary cheese you probably had no idea about.

The most famous Greek cheese, Feta, has been around for millennia. Made with sheep or a mixture of sheep and goat’s milk, Feta cheese is a PDO product, a nutrient powerhouse, not to mention one of the major exports from Greece. Mr Michalis Arvanitis (photo below on the left), CEO at Fromagerie Arvaniti, reveals 5 lesser-known facts about it, confirming why one should always keep it in their pantry.

Feta is one of the main dairy products. The best known nutrient it contains is Calcium (Ca). Calcium contributes to the healthy structure and growth of bones and teeth. Bone density is directly related to the deposition of calcium in bones. Children should consume adequate amounts of dairy products, such as milk, yogurt and of course cheese. Extreme loss in bone mass is associated with osteopenia and osteoporosis, which can manifest as bone fractures, especially in the hip region. Proper diet along with exercise prevents, to a certain extent, loss of bone mass. In this respect, it is essential to continue consuming dairy products even as an adult.

PDO Feta cheese contains a total of 489 different proteins, making it one of the world’s most protein-rich cheeses. These 489 proteins constitute the identity, the “DNA”, of Greek Feta and belong to various groups of biofunctional proteins. Among them, there are proteins associated with the regulation of the immune system, with antimicrobial activity, as well with control of the gut microbiome. 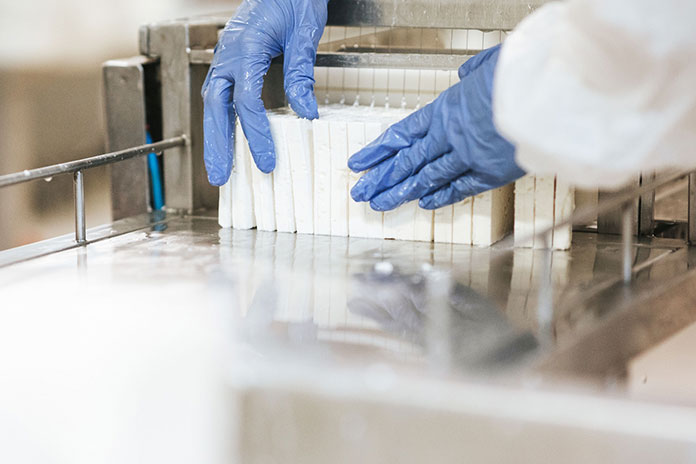 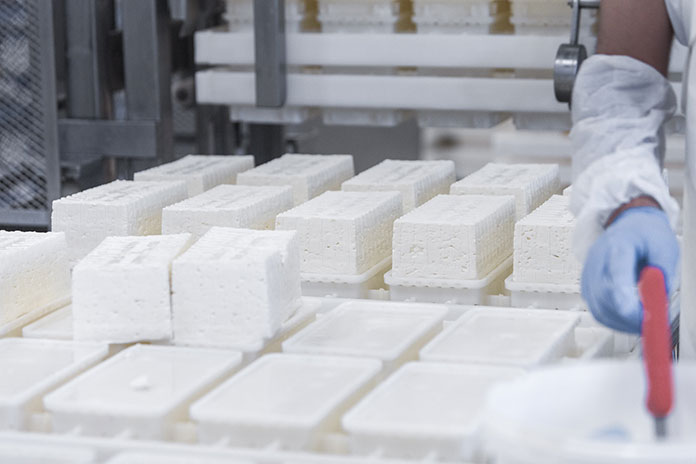 Many proteins related to vitamins, such as vitamin D which is responsible for the transport of calcium to the bones, vitamin B12, responsible for the transport and uptake of iron, have been identified in Feta, together with other functional trace elements. PDO Feta cheese was also found to contain proteins associated with the function of the nervous system, and kidney function, as well as proteins involved in cholesterol metabolism and blood pressure regulation.

Feta, like most dairy products, contains lactose. The advantage of Feta, however, compared to milk, lies in the fact that due to the fermentation process it undergoes, it has lower lactose levels. It is, therefore, recommended for people with mild lactose intolerance.

In Feta, the holes are created naturally, when the curd cubes are placed in the moulds or in the cheese cloth, and not by bacteria as in yellow cheeses. The gaps formed between the pieces as they are deposited, are the reason for the creation of the holes both on the surface and inside each piece of Feta.

Fromagerie Arvaniti is a family-owned company, which has been producing cheese for three generations. They are the heirs to the millennia-old Greek cheese tradition, mostly characterized by the land and the animals which are freely grazing in the beautiful and aromatic Mediterranean nature.
Besides Feta, the company produces other great Greek cheeses, less known, but much promising, such as Manouri –another PDO product–, Kasseri PDO, a matured semihard cheese of sheep milk with rich aroma, Tsantilaki, a white cheese similar to Feta but made solely of goat milk and strained traditionally in a cheese cloth, as well as Kyano (meaning the color “blue” in ancient Greek), which has been developed by Fromagerie Arvaniti and is the first blue cheese made of pure goat milk in Greece.

Feta ARVANITI is a characteristic real Greek feta with a rich taste and aroma. Its quality is the result of deep knowledge of the cheese-making process and the use of pure sheep and goat milk from the pastures of Macedonia. Its ripening process lasts more than 3 months and results in a perfect taste and structure of the cheese. It has the pure body of delicate cheese, is pleasantly low tangy, with leveled salt. The blend of sheep and goat milk results in a thick but creamy cheese. The unique quality of Feta Arvaniti is well known and recognized in the most prestigious cheese competitions worldwide (Nantwich, Wisconsin, London, Athens, etc.).

Anassa Organics: On the shelves of super markets in Japan