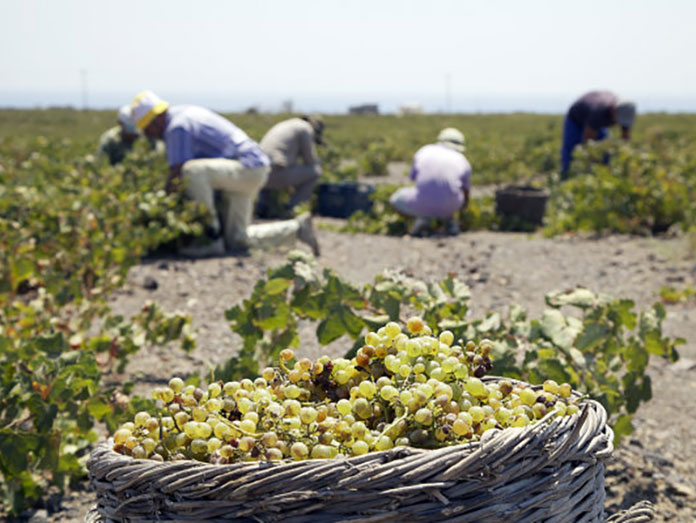 According to information, about 60% of the well-known winery Domaine Sigalas SA, located on the island of Santorini, was acquired by a company owned by the Martinos shipping family. The price of the transaction, which was completed last month but has only recently become common knowledge –the acquisition was known in Santorini and the inner circle of the Greek winemakers– is estimated at around 2.3m euro. The bulk of the acquisition relates to the share of Mr. Paris Sigalas, founder and head of the company for many years, and the remainder to shareholders who held a minority stake.

Owner of the remainder 40%, which was acquired many years ago, is still Kir-Yianni Estate, founded in 1997. There has already been a change in the composition of the Board of Directors, with Mr. Stelios Boutaris assuming the position of Chief Executive Officer. Mr Sigalas holds the position of President, while Messrs. D. Vassilopoulos., L. Papadimitriou and Mrs. Mavragani participate as members of the Board.

Domaine Sigalas SA was established in 1991 under the name SIGALAS WINERY Ltd. The winery was initially located in the traditional canava of the Sigalas family. In 1998, a new production, bottling and aging facility was constructed, located in a privately owned area. Since then, and after continuous investment in modernization and expansion of the facilities, the company has a processing and bottling production capacity of 300,000 bottles annually. 2003 was a milestone, since the shareholders of the company were increased, resulting in the increase of the financial capacity of the company. This is also the year when the company was renamed as Domaine Sigalas SA

The wines are exported to Germany, France, Belgium, Austria, Holland, England, Cyprus, Switzerland, Hong-Kong, Shanghai, Sweden, Singapore, Australia, Brazil, the US and Canada. Today, Domaine Sigalas continues to implement its growth plan, based on the three principles on which it was created: a creative relationship with the traditions of the island of Santorini, technical savvy and quality.