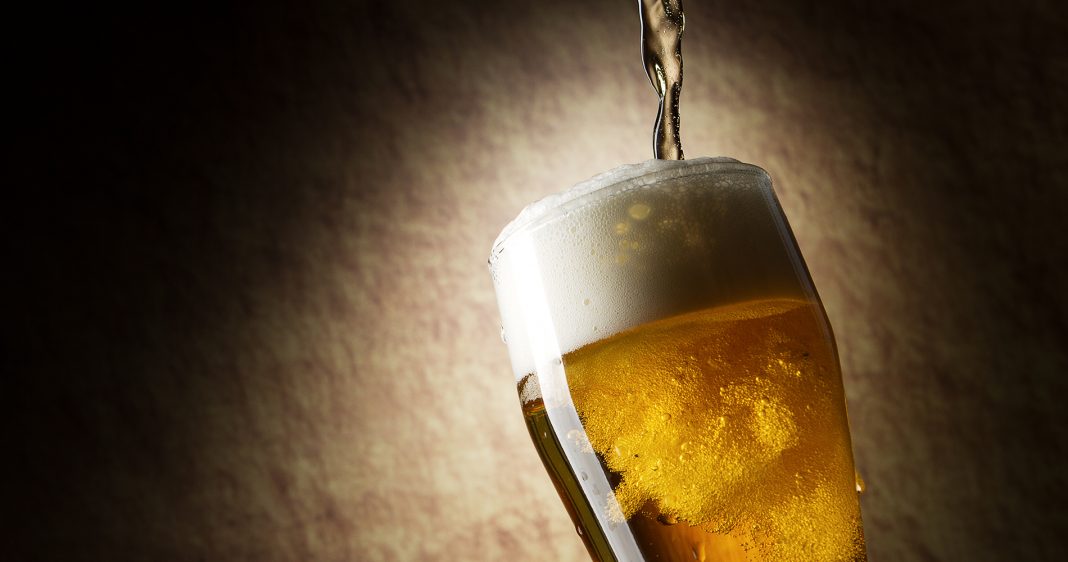 30 microbreweries and 46 active breweries; 3,933,000 hectolitres annual production; over 120,000 jobs generated in the hospitality sector. The Greek brewing industry is estimated to lose 30% to 60% of its annual turnover this year, due to the effects of the COVID-19 pandemic. What will the aftermath of this unprecedented outbreak mean for the sector?

Europe has a rich diversity in its beer culture, which is a reflection of the great traditions of its Member States. In fact, the European Union is the world’s 2nd largest beer producer (after China) with over 405 million hectolitres of beer in 2018 (395 million hectolitres in 2017) produced in over 9,500 active brewing companies in 2018, which operate around 10,300 breweries (a significant increase compared to around 8,200 reported in 2016).
Greek production of beer amounts to approximately 3,933,000 hectolitres (2018) with exports amounting to 368,000 hectolitres, while generating an excise duty revenue of €196 million and direct employment for 2,000 people.
Greek breweries are expected to lose approx. 30-60% of their annual turnover this year, due to the effects of the COVID-19 pandemic, in a market that shows a strong seasonality component, while 70% of sales value in the country is taking place during summer. In fact, the latest numbers show that in the last 10-month period, the Greek beer market has dropped 27-30% in volume, while insiders estimate the final loss to be somewhat around 100 million hectolitres. 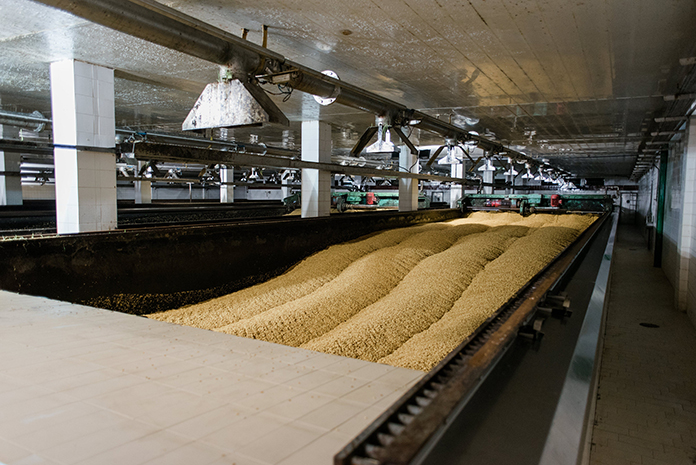 The beer market has already been affected by the changes brought by COVID-19 in consumer behavior, as all relevant research shows. Nowadays, Greeks go out less, eat and drink where they feel safer, i.e. at home, by delivery or take away.
As for the holidays –holidays are associated with higher beverage consumption– it is estimated that only 40% of Greeks will go on vacation this year, of which 24-25% will act as they did last year, while the remaining 15% will adjust to the new, more difficult circumstances.
As far as international tourists are concerned, many of whom come from countries where beer is consumed all year round, they are familiar with the product. Even those, however, will also be more careful this year regarding foodservice and entertainment, and most probably, the food they buy will be consumed in open places, with all that this may imply for the quantities of drinks that will be consumed. 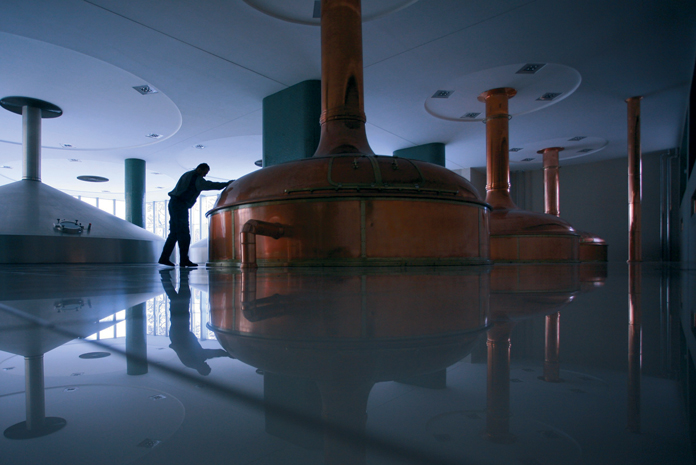 Beer preparation is based on precision and passion. Photo: The Brewers of Europe

Alcoholic beverage market at a five-year low in 2020

The rise of Greek breweries

What Greek beer industry insiders point out, is the great development and subsequent growth of the Greek brewery, which now can present excellent products from both the mainland and the Greek islands, from the big, established industry players to even the smallest innovative microbreweries.
According to Greek brewers, in the summer the country is visited by tourists from the US, Europe, Australia, and other countries that consume large quantities of beer. So, all these tourists consume Greek beers and would like to continue to drink them when they return to their respective countries. As a result, Greek beer brands are exported to China, Australia, Europe, Korea, Singapore, while many Scandinavians and US citizens make enquiries in order to find the Greek beers they tasted and liked during their summer holidays. 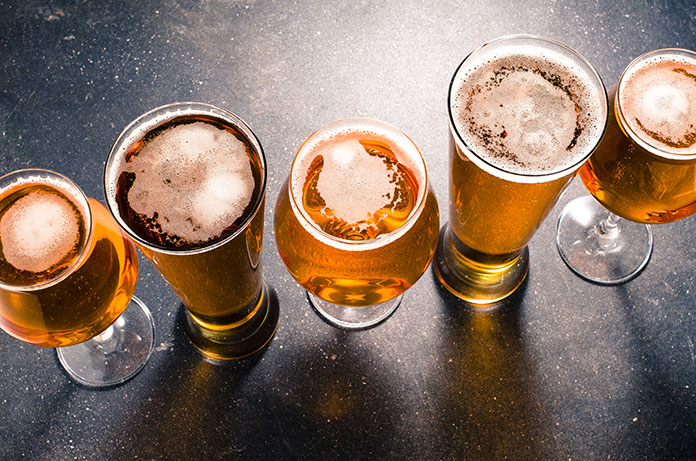 In recent years, the number of microbreweries in Greece has increased significantly and they have become more established. In fact, in only 10 years, microbreweries (according to legislation, a microbrewery’s production should not exceed 200,000 hectolitres) have managed to reach 30 in number. Production by microbreweries in Greece is approximately 1% of the national beer production.
This picture, however, can change especially as synergies develop between microbreweries and large liquor distribution companies, so that small brands can find a place on the shelves of c-store chains, but also in the foodservice channel, going well beyond their local boundaries.
From the islands of the Aegean to the Ionian Sea to Macedonia and Thrace, people with know-how and passion for Greek ingredients and products have created certain elite beers. It is worth noting that beers from Greek microbreweries are created using local malts and water from each region. Some of the 15 microbreweries all across the country have also incorporated unique, traditional ingredients of the Greek land, such as Chios mastic, to produce original flavors and one-of-a-kind beers (usually fresh and non-pasteurized).
As far as the future of Greek microbrewery is concerned, one thing is sure: it will definitely be bright and promising, with exports making up one of its defining elements, provided –of course– significant investments will be made, and the regulations regarding the laws referring to beer taxation will be amended. 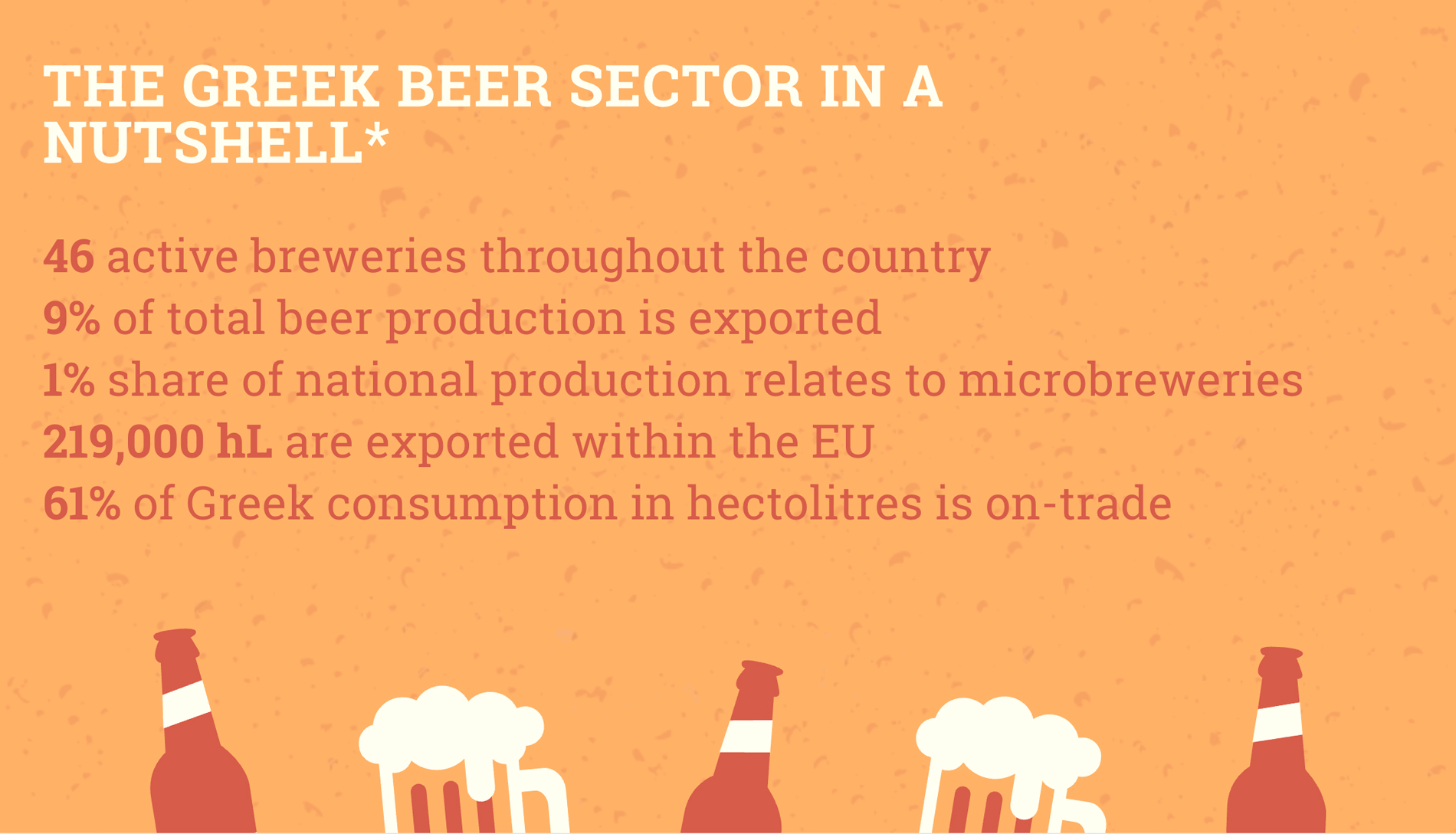 *Source: The Hellenic Association of Brewers & The Brewers of Europe.

FOOD EXPO Digital: The online trade show you can trust!