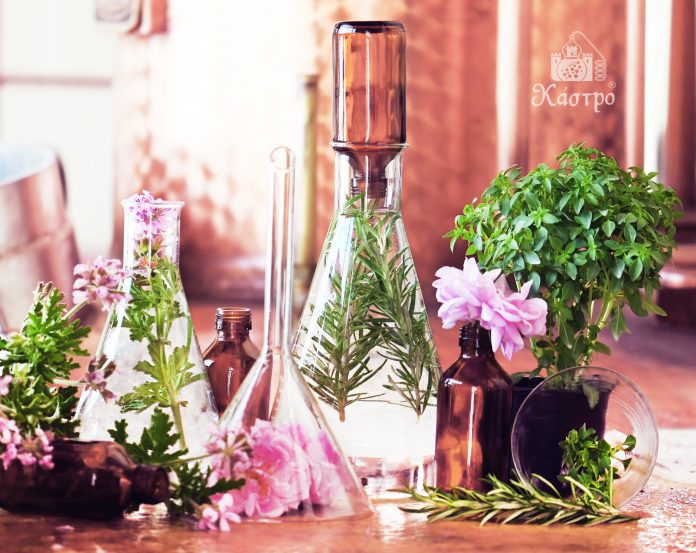 Tentoura Castro – G.P. Hahalis distillery has joined forces with two research groups from the University of Patras in order to research and exploit the beneficial properties of aromatic and medicinal plants from the Greek land to create new bitter alcoholic beverages (bitters).
Namely, the teams from the Faculties of Pharmacy and Medicine of the University of Patras investigate the beneficial properties of aromatic and medicinal plants in the framework of the Research Project named “Development of new bitter alcoholic beverages from aromatic and medicinal plants with beneficial impact on health, Natubitters”, which is co-funded by Hahalis Distillery, the Region of Western Greece and the European Union.
The goal is to create new bitters from the extraction of four aromatic plants, which will be fully characterized in terms of composition, safety, potential beneficial antimicrobial, antiviral, and antioxidant properties and, of course, their organoleptic characteristics.
Already, the research is in its final experimental stages and important and useful scientific conclusions have been drawn. The final results will be presented at relevant scientific conferences and published in the press, in order to inform both the scientific community and the general public.

The power of aromatic and medicinal plants

Aromatic plants are recognised as a “lab” for the production of chemical compounds with high biological value, both traditionally and scientifically. Bitters made from such plants have beneficial health properties and have been used since the time of Hippocrates. Many bitters were originally developed as patent medicines, but now are sold as digestifs, sometimes with herbal properties. Since cocktails often contain sour and sweet flavors, bitters are used to balance out the drink and make it more complex, giving it a more complete flavor profile.