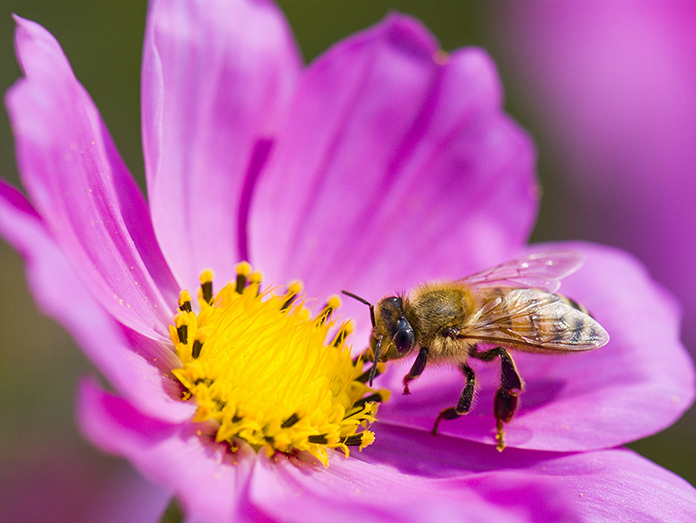 A few days ago, on June 28, EU agriculture ministers agreed on the need to set a specific target for the protection of honeybees from pesticides. Member states reviewed the guidance provided by the European Food Safety Authority (EFSA), outlining a new approach to assessing the impact of pesticides on bee populations. Namely, the European Commissioner for Health and Food Safety, Ms Stella Kyriakides, called on ministers to consider an approach that would make the maximum reduction in bee colony size 10% across the EU.
The ministers agreed on the need to raise the EU’s ambitions for honeybee protection, while ensuring that the measures were feasible for implementation by member states. Overall they supported the proposed approach, with some member states calling for the maximum size to be set below 10%.
According to the Food and Agriculture Organization of the United Nations (FAO), bees pollinate 71 of the 100 crop species that provide 90% of the world’s food. However, bee numbers have declined sharply in the last two decades. Pesticide use has been identified as a possible factor in this decline.
The European Food Safety Authority, can now complete the revision of the guidance document on bees. A draft regulation authorising the implementation of the bee guidance document will then be submitted to the EU’s Standing Committee on Plants, Animals, Food and Feed (PAFF Committee).
It is worth noting that under EU legislation, pesticides can only be used in agriculture if an integrated risk assessment demonstrates that such use will not harm human or animal health or cause unacceptable levels of harm to the environment. The current risk levels are based on the guidance document on terrestrial ecotoxicology prepared by the European Commission in 2002.
In March 2019, the European Commission asked the EFSA to revise the 2013 guidance document regarding honeybees. In the context of this review, the majority of member states expressed a preference for an approach to risk assessment that takes into account the natural variability of bee colony sizes.

Mandrekas: Second US plant in the works