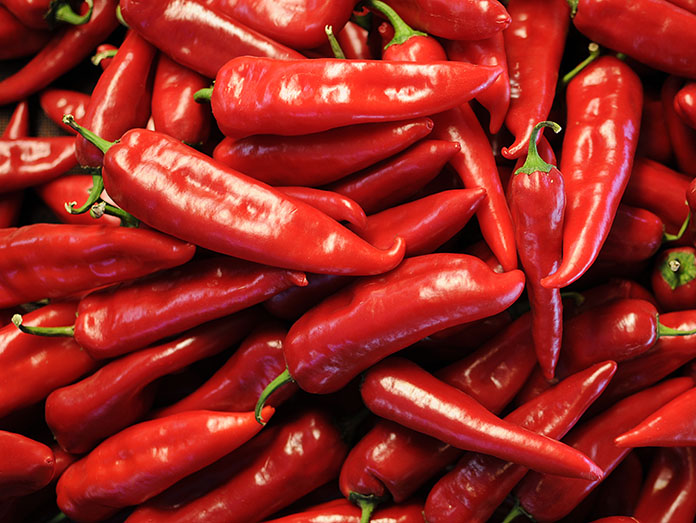 Peppers from the Greek region of Western Macedonia and specificallythe area of Florina, for which they are named (Florina peppers), are a versatile product, prized for its gastronomic and nutritional value.
Recently, a meeting between the governor of Western Macedonia, Mr Georgios Kasapidis, Regional Councilor, Mr Sotirios Vosdros and the president of the Chamber of Commerce of Florina, Mr Savvas Sapalidis, was set up to discuss the joint actions for the certification of Florina pepper as a Traditional Speciality Guaranteed (TSG) product or as a Protected Designation of Origin (PDO) product.
The president of the Chamber of Commerce informed the Regional Governor about the cooperation of all the pepper-processing companies of Florina and authorized him to take the necessary actions for the certification of the product. Mr Kasapidis, for his part, stated that he is a staunch supporter of the whole effort, to certify the Florina pepper as a PDO and TSG product.
“We believe that the certification of the Florina pepper will increase cultivation, but also the processing of the product, contributing to the development of the region”, stressed Mr Sapalidis, while adding that “In the immediate future, meetings will be held within the municipalities of the Regional Unit of Florina with professional growers, as well as entrepreneurs who want to process the product”. According to the economic actors and policy makers of the region, the Florina Chamber of Commerce has been working since 2016 to put Florina pepper on the EU geographical indications register. Today, in cooperation with the Region of Western Macedonia, the University of Western Macedonia and the local pepper processors and producers, it carries on with the effort, which will guarantee employment and economic development for the area.

30% increase in the production of tomatoes for the processing industry