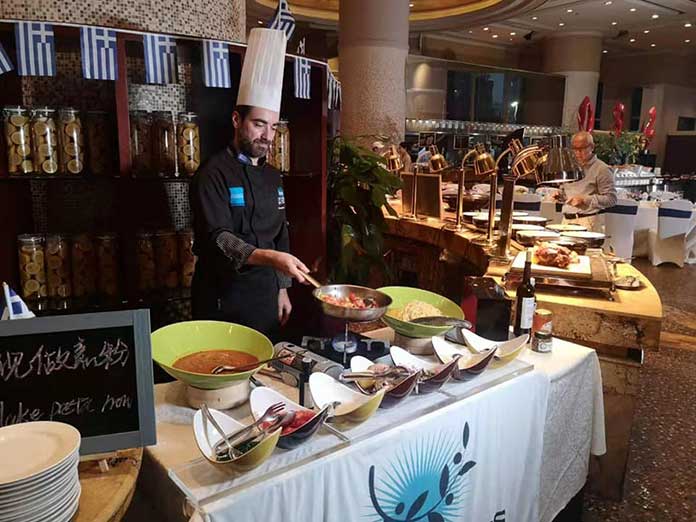 A very important gastronomic and cultural festival took place in Shenzhen, China from 26 November to 3 December 2019, where the food, sights and everyday life of the Region of Cyclades and especially the island of Paros were featured. The event took place in Sheraton Hotel Futian and was particularly successful, and people from all walks of life had the chance to find out more about the products, the music, and the sights of the island of Paros the South Aegean.
The event was organized by the Municipality of Paros in collaboration with the Chefs Club of Attica “Acropolis”, the Greek Consulate in Guangzhou and was under the auspices of the Greek National Tourism Organization and the Region of South Aegean. 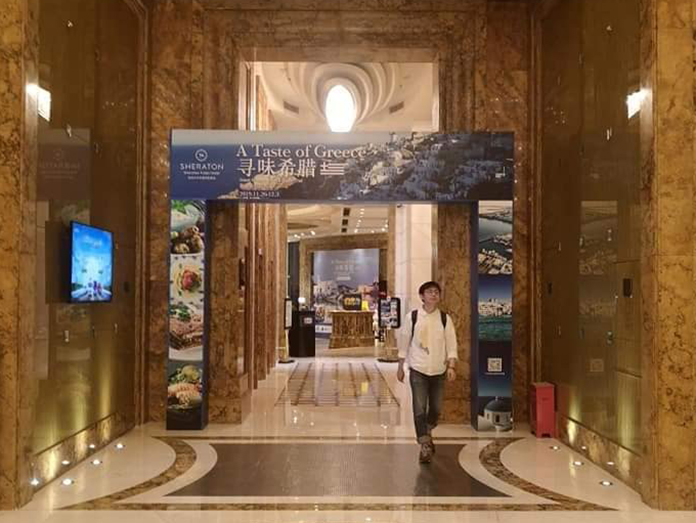 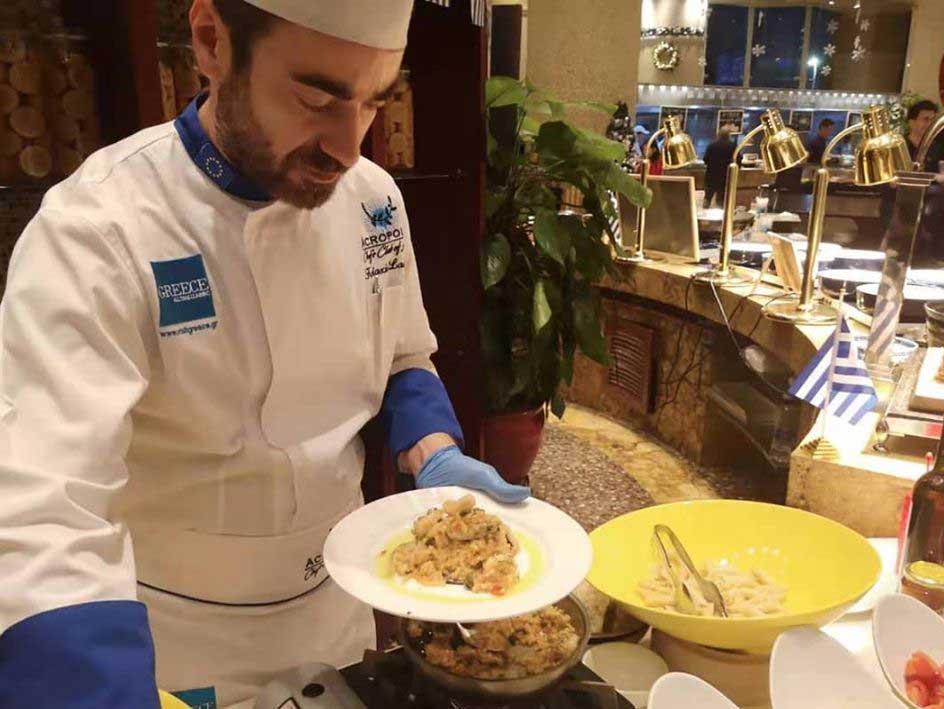 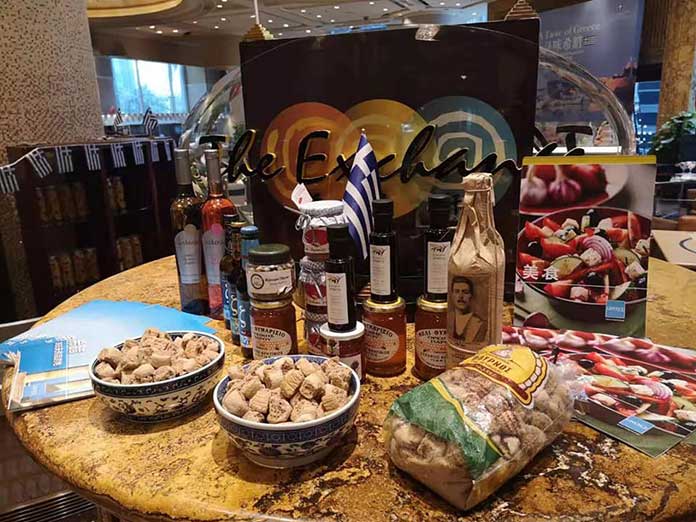 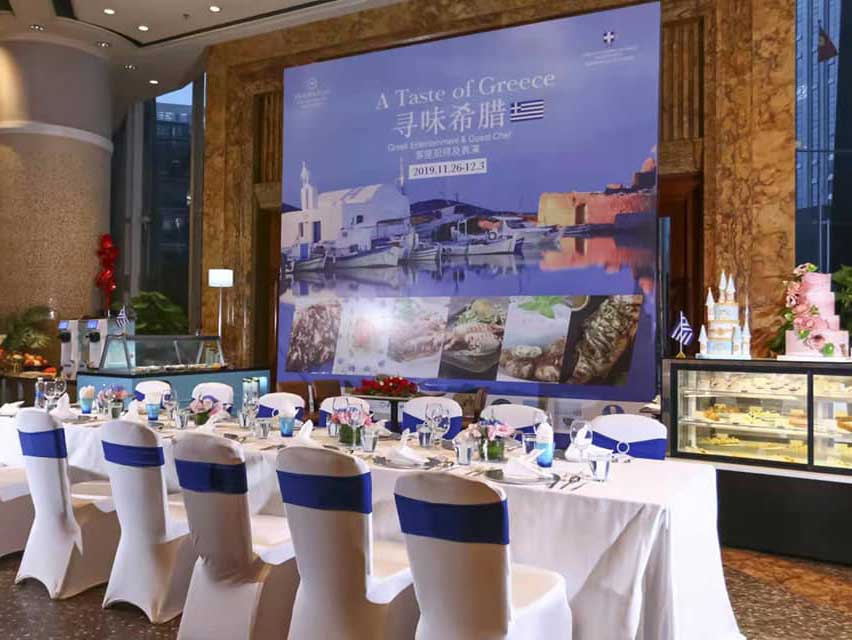 Key contributor to the festival, which took place in China’s 3rd largest and fastest growing city, was, among others, chef Lazaros Kolaxis, member of the Chefs Club of Attica “Acropolis”, who managed to delight attendees with his authentic Greek recipes. Chef Kolaxis cooked traditional dishes from Paros and the Region of South Aegean, such as seafood risotto, as well as the famous Greek gyros with pita bread, which proved –of course– a crowd pleaser.
The local Greek products presented at the festival were sponsored by companies from the island of Paros and visitors had the opportunity to taste the region’s exceptional honey, rusks, wine, souma (a traditional spirit from Paros and Rhodes), ouzo, extra virgin olive oil, spoon sweets, and beer. Another sponsor of the event was Hellenic Agora, a China-based company, which supported the event by donating Greek wines.
The event was a huge success as more than 1,000 people attended and the Chinese social media were filled with photos and videos from Paros, Greek dishes and dances, while positive comments spread throughout the wider Canton area.