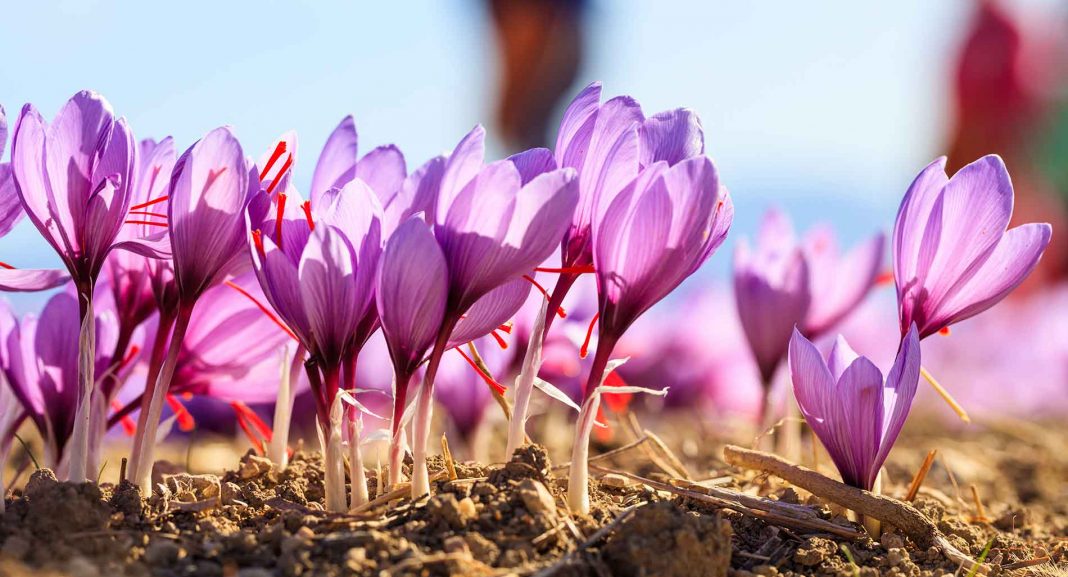 A few months ago, a delegation of Chinese entrepreneurs visited the Region of Kozani in Greece, home to the famous red saffron. Now, Italy is also investing in Greek saffron, appreciating its superior quality.

Saffron, the “gold of the Greek land” as it is called, is one of the most beloved and precious spices of ancient cultures because of its aroma, color, pharmaceutical and aphrodisiac properties.

The number one saffron producer in the world is Iran, exporting 95% of the world’s demand, with India, Italy, Greece, Spain, Morocco, and Azerbaijan sharing the rest 5%. Greece produces approximately 6 to 7 tons a year, while the annual world production is estimated to be between 90 and 250 tons. Given, however, its high market price, Greek red saffron generates significant revenue.

Greek saffron or Kozani red saffron or Krokos Kozanis as it is known in the country, is a dynamically evolving product with significant potential in the domestic and international markets. The Saffron Producers Cooperative of Kozani, which has the exclusive responsibility of harvesting, sorting, processing, packaging and trading the whole Krokos (saffron) production, owns modern facilities, while it trains staff and farmers to implement innovative programs and methods. In addition, in cooperation with various scientific institutions and with the full support of the local authorities, the Cooperative has set important goals for the promotion of saffron.

Towards the end of 2018, a group of Chinese entrepreneurs headed by the Secretary General of the Chamber of Commerce of Beijing visited the region of Kozani in Northern Greece. They toured the grounds of the Kozani Saffron Producers Cooperative and were informed on the saffron flower and its beneficial properties as well as the export boom that has taken place over the past years. The Chinese businessmen met with saffron producers and local companies and discussed the framework for cooperation between the respective parties. And although it is rather difficult for a new product to enter the Chinese market, things seem to be moving towards the right direction. In fact, according to Mr Nikos Patsiouras, Chairman of the Saffron Producers Cooperative, “we plan to sign the final agreement within the following days. This ‘adventure’ lasted about two and a half years and the whole process was continuously monitored by the Chinese. Finally, we can now export our product to China. We are the first representatives of the primary sector entering this particular market and we sure hope many more will follow.”

And although the American market remains the product’s main export destination, most recently, the Cooperative signed a lucrative deal with Italian companies in an effort to further expand its reach in Europe.