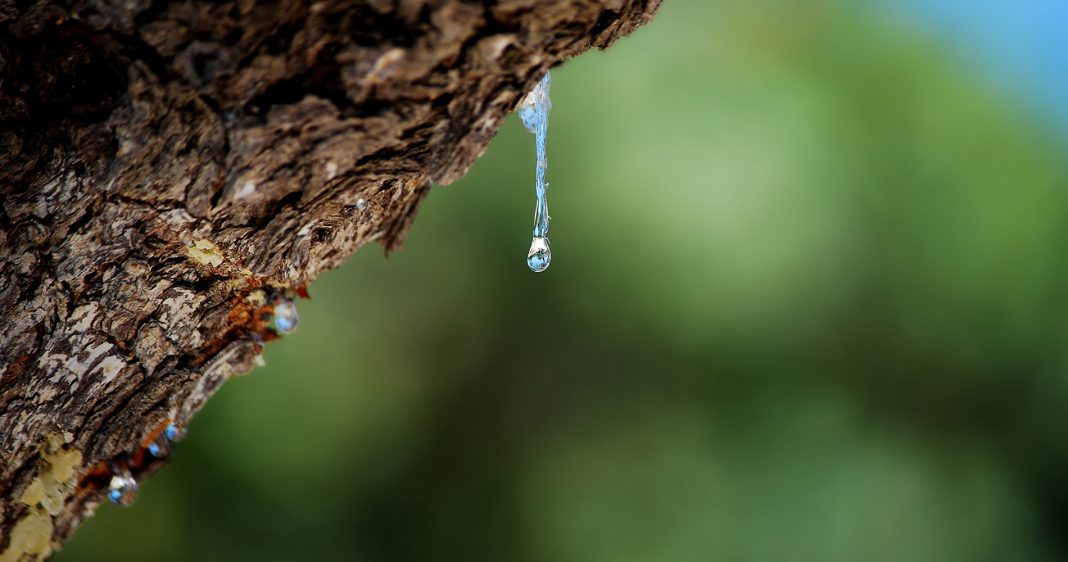 Rooted deep in local legends, traditions and religion, Chios Mastiha is a product unique to Greece. And now, it is strategically investing into its medicinal properties.

It is widely known that Chios Mastiha has many, different uses, from gastronomy to cosmetology. In fact, it has antimicrobial, antioxidant, anti-inflammatory and therapeutic properties –cosmetics enriched with mastiha oil provide deep skin cleansing, and anti-aging. In dentistry, mastiha is used as a component for dental fillings and tooth molds. Chios Mastiha helps combat health problems, such as Helicobacter pylori, diabetes, and hypertension—no wonder it is widely used in the pharmaceutical industry. Mastiha is also used in ointments against burns, frostbite, and skin conditions. Finally, Mastiha and its derivatives are used in the making of surgical filaments easily absorbed by the human body. A medical product called MASTISOL, and containing mastiha, is a liquid adhesive, securing dressings without causing irritation or infection on wounds.

That is why Mediterra SA, founded in 2002 by the Chios Mastiha Growers Association, with the main objective of establishing a marketing tool for the development, production, promotion and sale of mastiha products worldwide, is currently venturing into the production of medicines, both in terms of research and processing. The value of the investment is established at €2.5 million, while production of new pharmaceutical offerings is expected around the end of 2019 (through the company’s Art of Nature line).

New investments in the works

A series of further investments is also expected to take place within 2019-2020, which will be focused on the support of the Research Center for Mastiha, the creation of a freeze drying unit, the establishment of the new Galaxy e-platform, as well as the overall upgrading of the Association’s and the company’s, in general, digital identity. 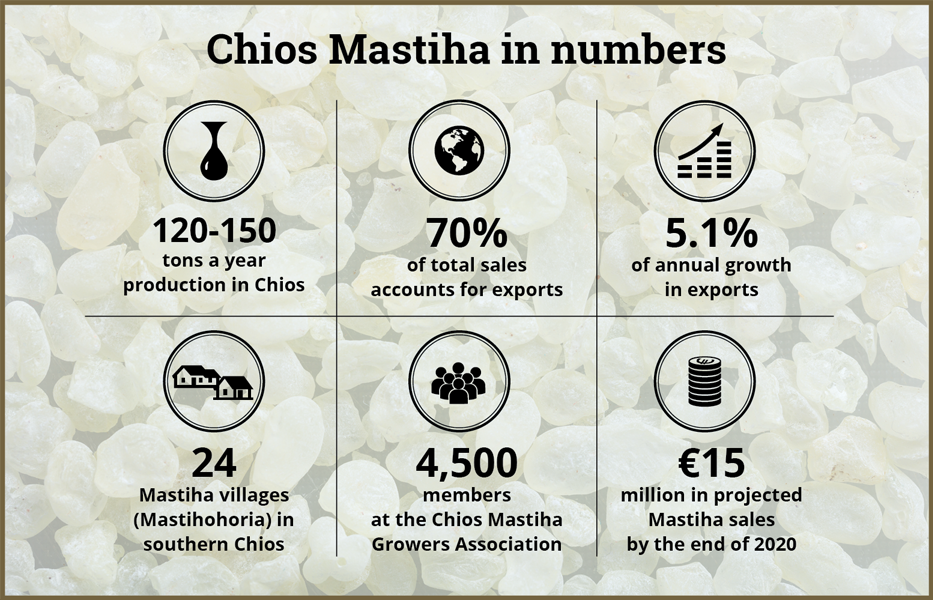 Chios Mastiha Vs other gum products

Although there indeed exist several resinous saps throughout the world, such as the Iranian gum (Gum Tragacanth), they are of a far lesser quality, and have nothing in common with the Chios Mastiha—neither in flavor nor in aroma, nor in quality, not, of course, in their usage. They are also cheap products, whereas the original Chios Mastiha is a premium, rather expensive commodity.