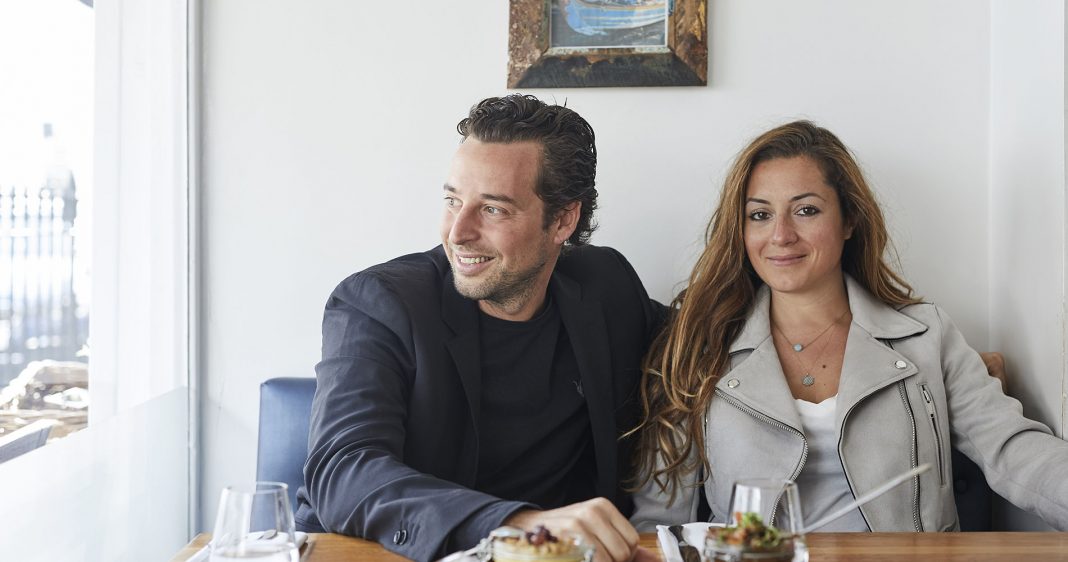 Adrien Carre and Christina Mouratoglou, the husband and wife team behind the successful Greek restaurant Mazi in London, have just opened their next venture, Suzi Tros, a bistro and cocktail bar showcasing the food of northern Greece.

Having already scored a hit with their first restaurant, Christina Mouratoglou and Adrien Carre are moving to their next project, a bistro just two doors down from Mazi, on Hillgate Street in Notting Hill, London. The name is a line from a cult classic 1960’s Greek film –Suzi Tros literally means “Suzi, you eat”. The inspiration for the food comes from Christina’s hometown of Thessaloniki and will focus mainly on small plates, while Mazi’s head chef John Skotidas will be overseeing the menu there too, with a charcoal grill located behind some counter seating laying at the heart of the restaurant. Star dishes include raw crayfish tartare, sea urchin and bonito carpaccio, alongside hot plates such as whole grilled calamari, grilled and smoked whole aubergine, and Grandmama’s meatballs. There will also be a number of cocktails on offer, made with lesser-known Greek spirits such as Mastiha and Tsipouro, as well as wine and craft beer from Greek producers. 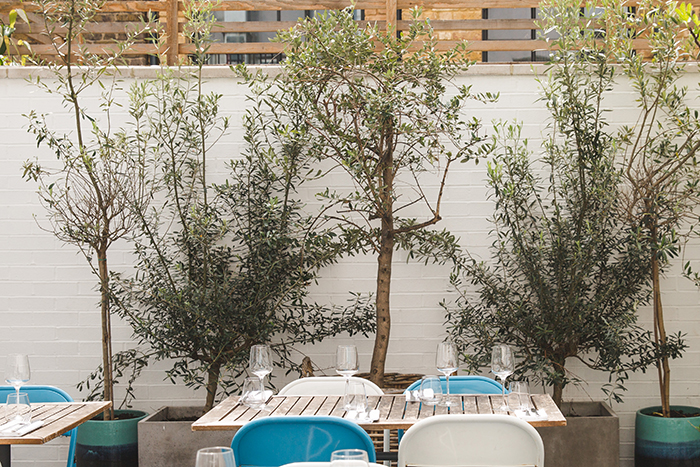 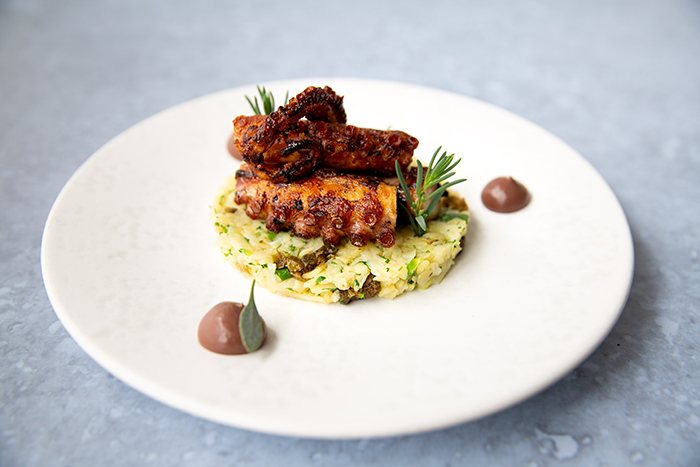 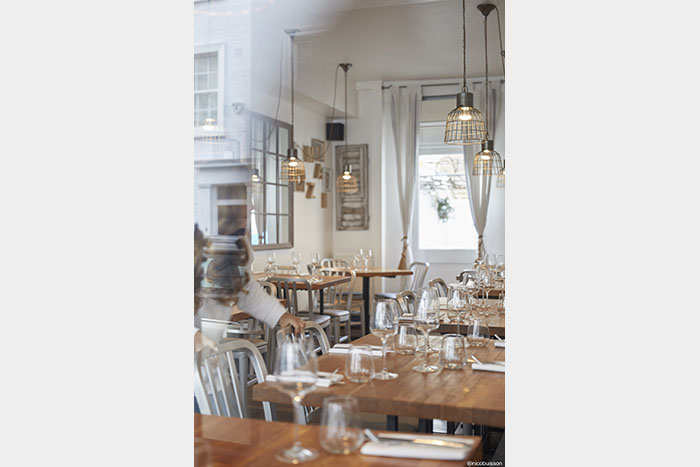 What is the story behind Mazi and Suzi Tros?
Mazi opened in 2012 on a mission to change people’s perception on Greek food. We were the first modern Greek restaurant in the UK and had a fully Greek wine list. Suzi Tros is a modern Greek-inspired bistro, following Mazi’s footsteps on changing outdated misconceptions on Greek food.

How did you get from one restaurant to two? Do you think the rise of the Greek food trend has helped to this end?
It took a lot of hard work, but it was always the dream. There was a cookbook in between (published in 2018). I believe that people love this new take on Greek food and fresh ideas.

What’s the concept behind the two restaurants?
We take our inspiration from the traditional Greek table and childhood memories and we give it a modern twist. The core concept is sharing plates (like we do in Greece). We use only fresh and seasonal ingredients from sustainable sources.

Greek cuisine is gaining momentum. Do you believe that Greek restaurants in Paris, London, New York, etc. have helped develop this ever-growing interest in Greek food?
I believe that Greece is having its moment. People now prefer the Greek islands more than any other summer destination in Europe. I don’t think it has anything to do with other metropolises. They have their own stories and London has its own. Social media have played a major role into this too. London has become a foodie capital of the world. People are very open and love trying new food.

In your opinion, is there a New Greek Cuisine? What are its characteristics?
I am not a big fan of the term “new Greek cuisine” because it implies “French nouvelle cuisine” which I consider a thing of the past. I believe though that there is a new generation of young Greek chefs who have travelled abroad, worked with famous international chefs and got ideas and inspiration. They are now applying it on their own cuisine. Greek food is progressing like the Italian and Spanish cuisine did 15 years ago.

What image does the international (British in your case) clientele have of Greek products, considering that there are, at this point, quite a few restaurants serving Greek-inspired fare?
I must confess people are now more “educated” on what Greek food really is than when we opened back in 2012. At the time they only mentioned “hummus and pitta bread, moussaka and kleftiko” and that’s about it. Now they have a very good opinion on Greek wine, mastiha, feta, olives and olive oil, mountain tea.

What in your opinion are the things your clients appreciate most at your restaurants? 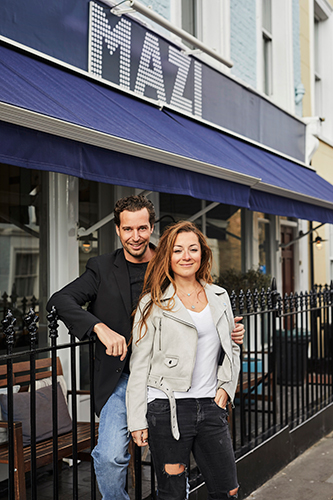 Food, ambience, originality? All of the above but mostly the food itself. At the end of the day people will come back for the food. You can get everything else right, but if the food is not that great they won’t return.

Which is the aspect Greek restaurants all across the world should focus on in order to make Greek food more popular?
Think outside the “safe crowd pleasing” cliché box. Use great ingredients and simple cooking. Dive into their childhood memories and reproduce it.

What are your plans for the future?
Right now we want to focus on making Suzi Tros as successful as Mazi and serve people great food. I guess the next step would be an international expansion of the brand.