GreCo, Committee and Krasi; Three restaurants in Boston, Massachusetts, with one common Greek denominator: Demetri Tsolakis, who describes dining at his business ventures as a “cultural experience”.

For Demetri Tsolakis, owner of GreCo and partner at Committee Ouzeri + Bar and –his latest gastronomic project– Krasi, a Greek meze and wine bar (founded together with Stefanos Ougrinis, chef Theo Tsilipanos and Tasha Breshinsky), food is not just about taste. It is first and foremost an immersion into a whole way of life: the Greek way, where strangers can become friends through sharing great food and wine.

We caught up with him to talk about Greek cuisine and culture, culinary trends, great food and where he gets his inspiration from. 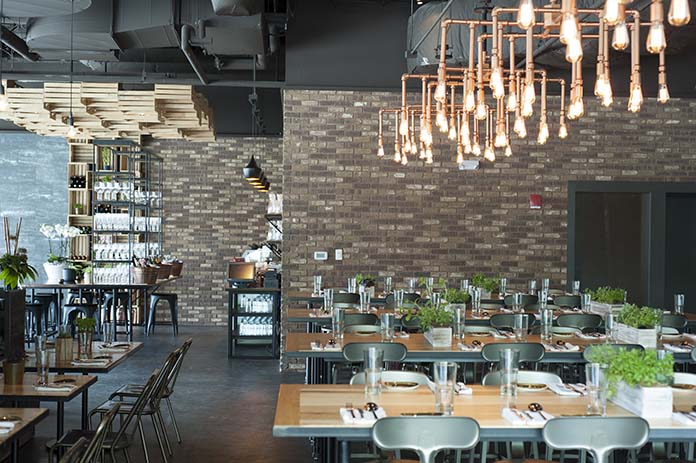 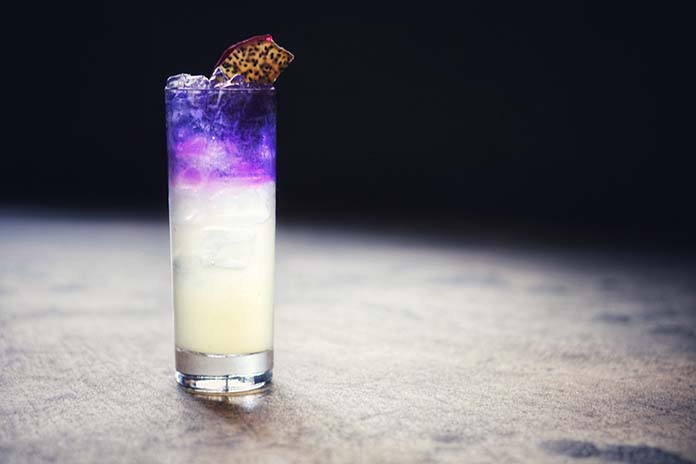 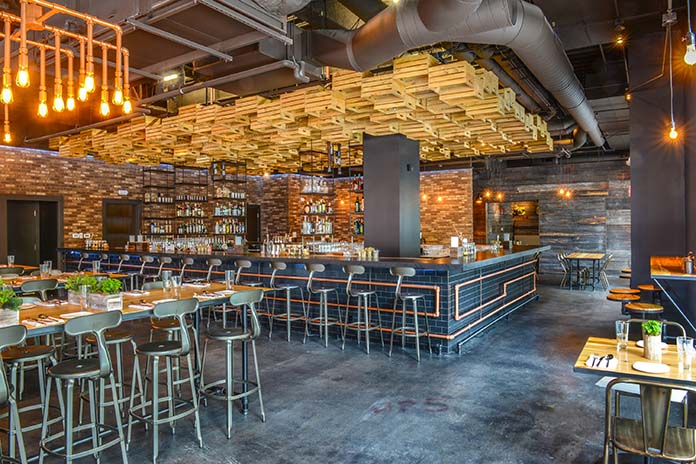 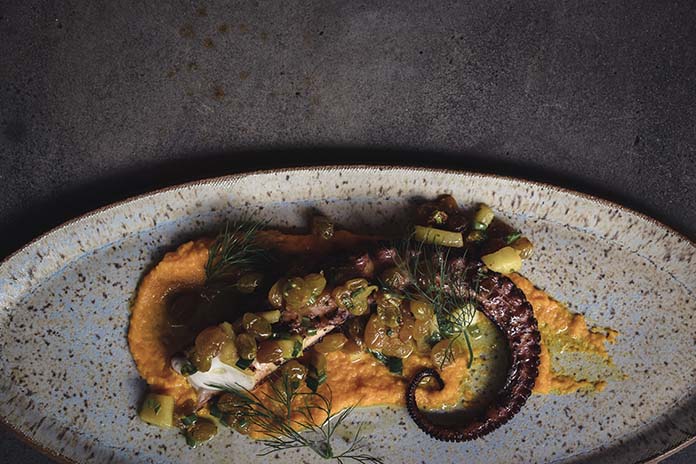 You are now in you fifth restaurant in Boston. How does it feel? Where do you attribute your success?
It feels great honestly. Not just for me but everyone involved. I really enjoy the growing part of the industry and building teams up for success. I attribute the success to the people I have met, worked with, partnered with, learned from and of course the family restaurant business growing up. The industry is in my blood and I can not see myself doing anything else.

What made you create GreCo and Committee and now Krasi? What was the inspiration behind those restaurants?
There was a huge Greek void in Boston. I did not want to do just any Greek restaurant and make it a blue and white themed one that was the typical Greek-American vision. I wanted to do something for the modern times, something that captured the way Greeks eat out. I created Committee as a modern interpretation of the Greek culture, a social enjoyment of food and drinks. Meant for large parties, groups eating and drinking, laughing, shouting and just being themselves. I also wanted to create a strong beverage program and knew naming it something too Greek would not have worked. Our food at Committee is a modern interpretation of traditional recipes. We do creative Greek with an all Greek wine list and extended ouzo service as well as craft cocktails. The place is a meeting point.
GreCo was an ode to my childhood and me growing up. I grew up in a family business that was centered around Greek street foods. I wanted to do something more casual and authentic than Committee, somewhere you could go 3-5 times a week or even take it on the go with you.
Krasi is Greek differently. Loving Greek wine and the hospitality of the culture, I wanted to capture that in a restaurant setting while focusing on a more regional cuisine of Greece. These are recipes off the beaten path, not your average taverna food. We traveled to villages, towns and islands to get some of these recipes. I also think Greek wine is some of the best in the world, if not the best and deserve the attention. Greeks create wine based on quality and not quantity and we wanted to showcase that. Having one of the largest wine lists outside of Greece, we boldly named the restaurant Krasi to portray the moments in life we want to cherish and remember, and with wine, you do just that. Wine is a way Greeks express themselves and at Krasi it is just that. You come as strangers and leave as friends.

Dishes featured at the menu of Krasi restaurant

What makes each restaurant concept distinct? How much does the Greek influence permeate each concept?
Each concept is a standalone. Committee and Krasi are one of a kind where as GreCo is a concept I am expanding rapidly. Committee is your ouzeri, Krasi your mezedopoleio/wine bar and GreCo your gyros restaurant/gyradiko. Each serves a different purpose and meaning. The Greek influence is my culture and me growing up. It is a piece of me, or my meraki!

Do you think that Greeks have an innate sense of hospitality which makes us perfect for the foodservice industry?
Greeks are known for their hospitality! That is evident in all my restaurants. We want you to walk in as a stranger and leave as a friend. You always hear the stories from tourists who have visited Greece and how welcoming they are, the same plays a part in my restaurants. Greeks love what they do and it shows!

Do you think Greek cuisine resonates with the US –and international— clientele you cater for?
Everyone loves Greek food. The Greek diet is one of, if not, the healthiest diets in the world. US patrons love trying new things and also reminiscing of where they have been in the world. It’s somewhat nostalgic. There is something for everyone when it comes to the Greek cuisine. 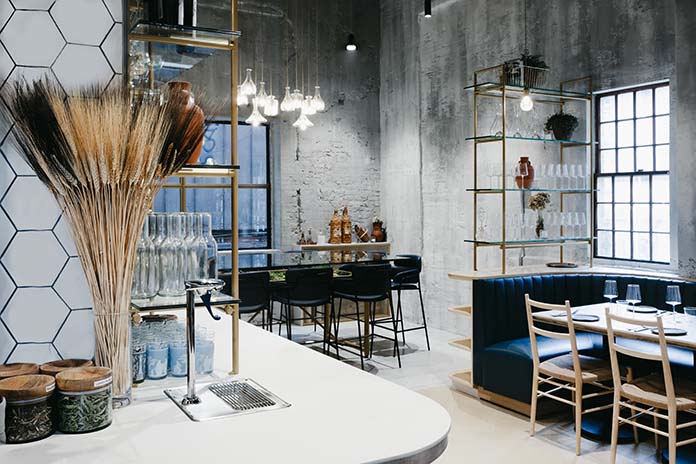 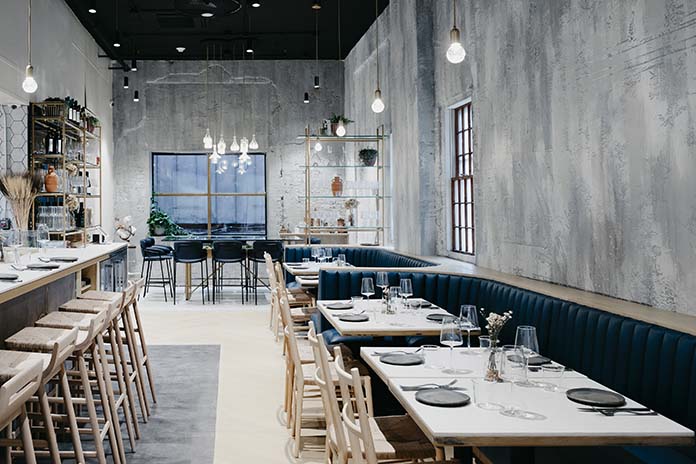 Do you believe that non-Greeks have or, at least, used to have a somewhat distorted image of what Greek food is all about –based mostly on the typical tavernas operating all across the globe?
Yes! it’s not just moussaka and lamb. “My Big Fat Greek Wedding” didn’t help, but it allowed us to showcase who we really are and what our food is really like. It brought attention to the culture, the rest was up to us. If you have not been to Greece to see the octopus hanging in the sun or a lamb on a spit, your image of Greek food is most likely not the best one. Typically, Greeks operated blue and white tavernas with very Greek names. Now, you are seeing more and more entrepreneurs bringing Greek food, wine and spirits into the spotlight differently.

Do you think there is a New Greek Cuisine? What is its concept?
Of course, we do it at Committee. Modern interpretations of classic Greek food. Why can’t moussaka be made with sweet potato or mushrooms or even a seafood version? With the internet, you can google any authentic recipe. What is interesting now is the attention to recreating these dishes with different ingredients. Gluten Free and vegan options are also part of this movement, traditional recipes altered to adhere to a dietary restriction. In addition, Ι am really impressed with these new age restaurants opening up in Greece that are more of a modern version. It really is interesting to see the thought and creativity going into these dishes.

Are there any Greek chefs you admire? Would you like to name some?
All the grandmas in Greece, the caretakers of the house and kitchen. We learned from them and they passed down their recipes. I do like watching Master Chef in Greece and seeing these new wave of chefs coming out. They are very creative. 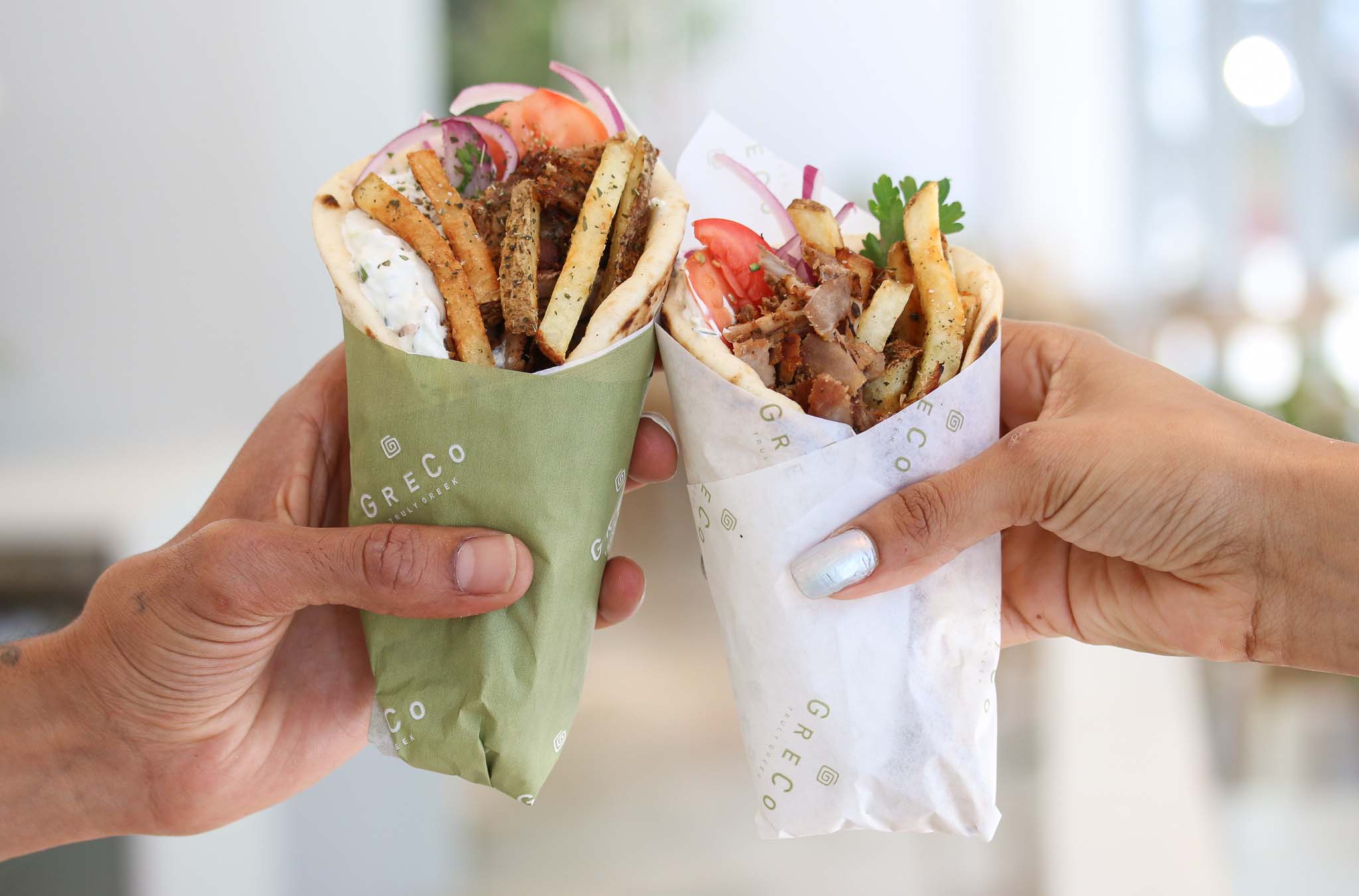 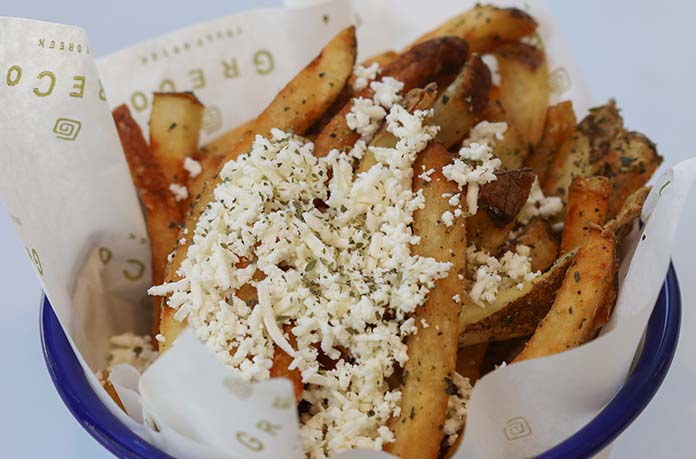 Your latest venture, Krasi is a Greek-inspired wine bar. What’s your opinion on Greek wines? Do you think people underestimate them? Are you changing their minds?
Greek wines are amazing! We are drinking some of the oldest stuff in the world made the same way. Stuff Homer and Aristotle wrote about. I was always impressed with the Greek wine culture. People only have the view of Greek wine being typically Retsina and yes that is not for everyone, but Greece has so much more to offer. Amazing moschofilero from the Peloponnes and Assyrtiko not just from Santorini to funkier grapes like Robola and Vostilidi, Xinomavro, Agiorgitiko and a bunch others. There are grapes out there that even Greeks don’t know exit. But what I do love about Greek wines is the natural approach, no added sugars so you are drinking the purest possible. At Krasi, we educate people on our wines and introduce them to a whole new world. Our wine list is a map of Greece and a you can come on our journey through it.

Where do you stand regarding Greek ingredients? Which one is your favorite?
Getting the finest and purest Greek ingredients is a must. I like rare, unusual things that are not easily found. I love kritamo! In a salad as a fritter or just from the jar. There is something about it that just reminds me of Greece and the ocean.