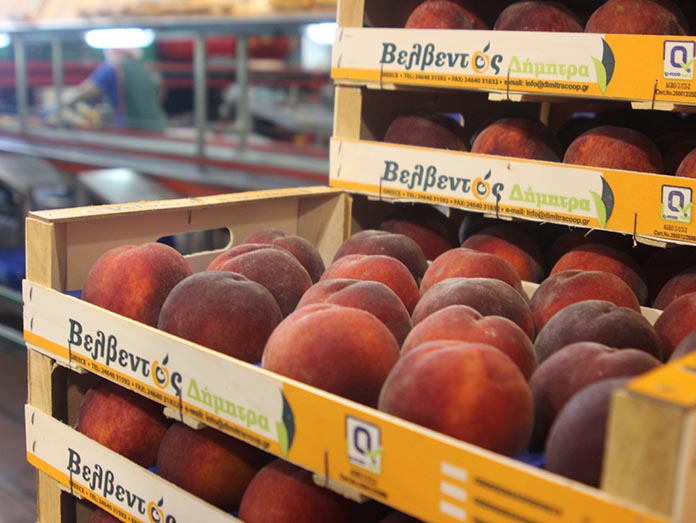 The Rural Cooperative Producers Organisation (A.S.O.P.) “Dimitra”, located in Kozani, northern Greece and counts more than 130 members/producers, is looking to further strengthen its presence in international markets. According to Mr Nikos Sakoulas, President of the Coop, annual peach and nectarine production amounts to 6 tons.
“We export approximately 40% of our production, while the main markets for our peaches are Germany, the Czech Republic, Hungary, Poland, Slovakia, and Ukraine, whereas some quanitites are also channeled towards the Middle East and more specifically Saudi Arabia and Egypt,” explains Mr Sakoulas. “We sure intend to establish a greater presence in Germany, Belgium and the Netherlands, but it is hard since we need to compete against Italians and Spanish producers, which are highly competitive in terms of prices, quantities and transport time despite the fact that the Greek peach is superior in both quality and taste.”
For the time being, the Cooperative is experimenting with new varieties and in recent years has been producing the “donut” peach variety, which in fact represent 10% of annual production. In addition, “Dimitra” is expected to take part at one of the largest international fruit trade shows in the world, Fruit Logistica, which will take place in Berlin this February.

In Pies We Trust