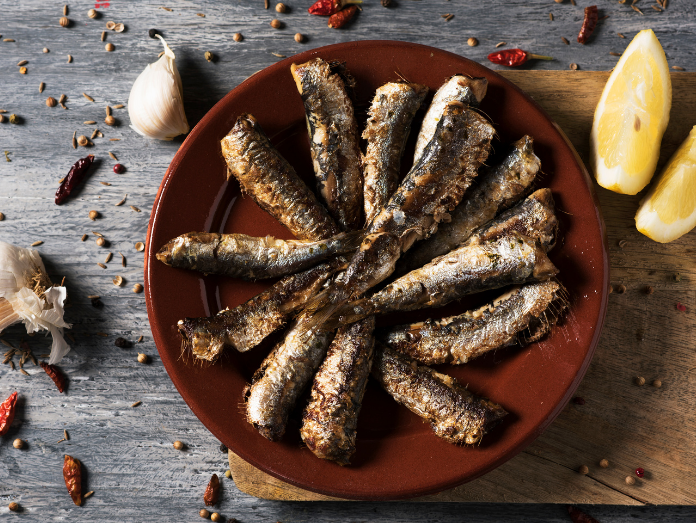 The health benefits of sardines and oily fish, in general, are widely known. Their high levels of unsaturated fats help to regulate cholesterol levels and prevent the onset of cardiovascular diseases. However, their benefits don’t end there. A study led by Diana Diaz Rizzolo, lecturer and researcher of the Universitat Oberta de Catalunya’s (UOC) Faculty of Health Sciences and the August Pi i Sunyer Biomedical Research Institute (IDIBAPS), has discovered that the regular consumption of sardines helps prevent the onset of type 2 diabetes. Namely, the study suggests that nutrients found in high quantities in sardines, such as taurine, omega 3, calcium and vitamin D, have a greater protective effect against the disease.
Researchers from the Diabetes and Obesity Research Laboratory and the Primary Care Research Group, both from IDIBAPS; the IMIM, the Fatty Acid Research Institute (EUA), the Universitat de Barcelona, CIBERDEM and the Department of Endocrinology and Nutrition of the Hospital Clínic de Barcelona also participated in the research project.

The consumption of sardines twice a week during one year would reduce T2D-developing risk in a population with prediabetes. In fact, all the participants (152 subjects with fasting glucose between 100-124 mg/dL aged ≥65 years old) were put on the same diabetes-prevention eating plan, however, half also added 200g –around two tins– of sardines in olive oil to their weekly diet.
37% of participants were at a high risk of suffering from diabetes at the start of the study. After one year, only 8% remained at a very high risk. Improvements were also seen in other important biochemical parameters, such as a reduced insulin resistance index (HOMA-IR), increased “good” cholesterol (HDL), increased hormones that accelerate the breakdown of glucose (adiponectin) and decreased triglycerides and blood pressure, amongst others.

It is also worth mentioning that another study conducted by the Sapienza University of Rome and the Mediterranea Cardiocentro in Naples has uncovered that patients with type 2 diabetes could benefit from eating chocolate enriched with EVOO.

The new generation continues to innovate at Ecotrophelia 2020