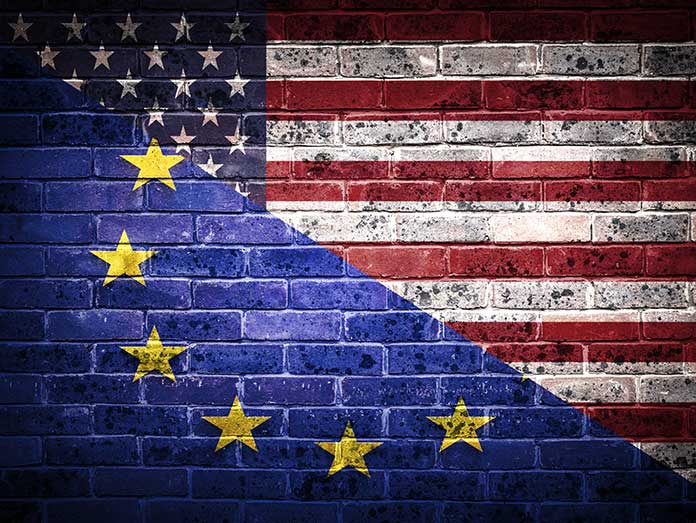 United States Trade Representative Robert Lighthizer and ex-European Union Trade Commissioner Phil Hogan announced on August 21 an agreement on a package of tariff reductions that will increase market access for hundreds of millions of dollars in US and EU exports. These tariff reductions are the first US-EU negotiated reductions in duties in more than two decades.
Under the agreement, the EU will eliminate tariffs on imports of US live and frozen lobster products. US exports of these products to the EU were over $111 million in 2017. The EU will eliminate these tariffs on a Most Favored Nation (MFN) basis, retroactive to begin August 1, 2020. The EU tariffs will be eliminated for a period of five years and the European Commission will promptly initiate procedures aimed at making the tariff changes permanent.
The United States will reduce by 50% its tariff rates on certain products exported by the EU worth an average annual trade value of $160 million, including certain prepared meals, certain crystal glassware, surface preparations, propellant powders, cigarette lighters and lighter parts. The US tariff reductions will also be made on an MFN basis and retroactive to begin August 1, 2020.
“As part of improving EU-US relations, this mutually beneficial agreement will bring positive results to the economies of both the United States and the European Union. We intend for this package of tariff reductions to mark just the beginning of a process that will lead to additional agreements that create more free, fair, and reciprocal transatlantic trade” said Ambassador Lighthizer and ex-Commissioner Hogan.

Regarding Greek exports and according to an earlier statement released by Greece’s Agricultural Development & Food Ministry, it was declared that Greek cheese, including its iconic Feta, will be exempted from customs duties imposed by the United States on farm products originating from the European Union.
Following the news, Greek Agricultural Development & Food Minister Mr Makis Voridis called the United States Ambassador to Athens, Mr Geoffrey Pyatt to express his appreciation for this important decision, the Ministry’s statement added. Furthermore, as Mr Voridis noted, the government will continue its consistent efforts to have all Greek imports to the United States similarly exempted, both to protect producers’ interests and to help promote high-quality Greek products globally.

Feta cheese bone of contention between Australia and the EU