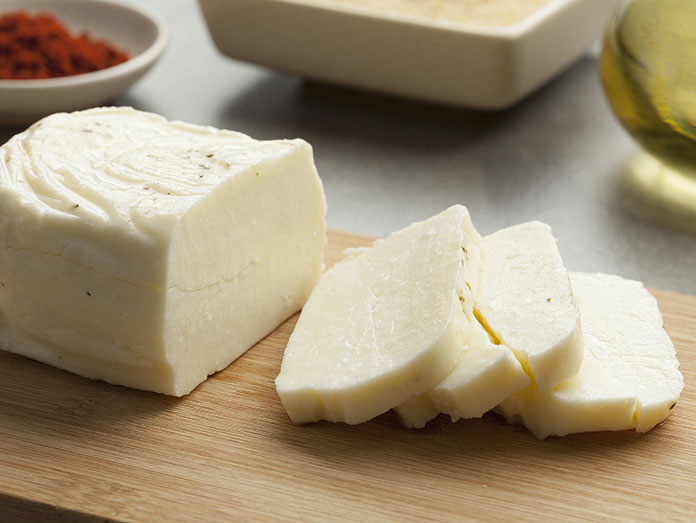 Yesterday, the European Commission adopted two measures regarding an important product to Cypriot heritage, Halloumi cheese. First, the Commission registered Χαλλούμι/Halloumi/Hellim as a Protected Designation of Origin (PDO), protecting the valuable name against imitation and misuse across the EU. Only Χαλλούμι/Halloumi/Hellim produced in Cyprus according to the product specification is now allowed to use the registered name, bringing clear economic benefits to the island.
Secondly, to facilitate that producers in the Turkish Cypriot community draw full benefits from the protection, the Commission has adopted a measure allowing the PDO product to cross the Green Line, provided that the cheese and milk from which it was made has met all EU animal and public health standards.
The registration allows producers of this iconic Cypriot cheese, famous around the world for its characteristic texture, flavor, and suitability for serving grilled or pan-fried, based anywhere on the island of Cyprus to benefit from the PDO status. The measure accompanying the registration of Χαλλούμι/Halloumi/Hellim as a PDO aims at ensuring that the animal and public health situation in the EU as well as food safety are not compromised. It also establishes the conditions for trade to take place including provisions on controls. In addition, the milk processing establishments will have to be in compliance with the relevant public health rules.
Commissioner for Cohesion and Reforms, Elisa Ferreira, who is also responsible for the Cyprus Settlement Support, said: “This is a major achievement with political and economic significance for the entire island of Cyprus. It shows that mutually beneficial solutions are possible, as well as the important role of the Commission in bringing them about. The implementation of these arrangements, in a spirit of cooperation, should contribute to bolster trust and confidence between the two Cypriot communities. The Commission will continue to play an active role with a view to achieve a comprehensive and lasting solution to the Cyprus problem”.

Main features of the package

The name “Χαλλούμι (Halloumi)/Hellim” is now in the register of protected designations of origin and protected geographical indications. Only Χαλλούμι/Halloumi/Hellim produced on the island of Cyprus and according to the traditional recipe can now be marketed in the European Union under that name.
An internationally accredited inspection body will be appointed to conduct PDO inspections throughout Cyprus. The inspection body will be responsible for ensuring that producers respect the traditional recipe.
A workable arrangement will be set up to ensure efficient PDO controls throughout Cyprus, which will be closely monitored by the Commission.

Chefs Club of Attica promotes the islands of Cyclades at Shenzhen