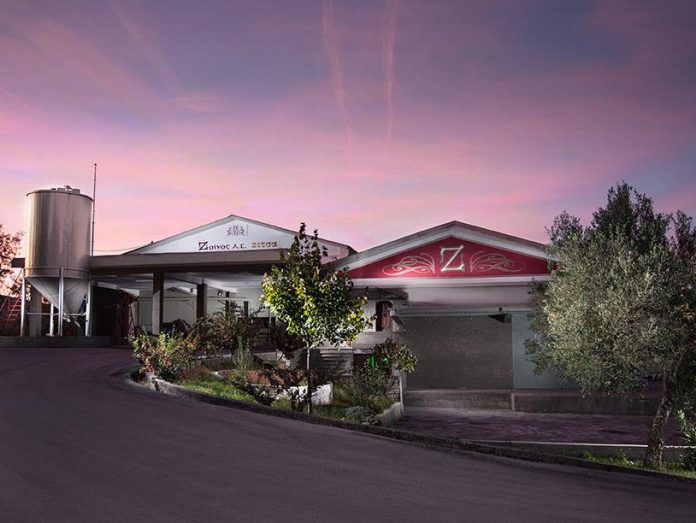 Investments amounting to approximately €200,000 are underway by Zoinos Winery. Of the total amount, €100,000 relate to the planting of a new 40-acre vineyard in Zitsa, in the prefecture of Ioannina, in Northwestern Greece, while €100,000 will go towards the Zoinos winery’s investment plan to renovate its distillery and make it accessible to the public. Specifically, the renovation includes the purchase of new mechanical equipment, new cauldrons and stills for the production of spirits released by the company. Investments will be covered by equity funds.

“2019 was one of the best years we’ve had so far, with growth of more than 20%, mainly due to exports and the development of our distribution network throughout Greece,” stated Zoinos Winery CEO, Mr Thanassis Katsanakis. In fact, exports were up 38% since the previous year, with significant boost from the Canadian market to which the company has recently started exporting.
“Canada is a special market, as it is characterized by a state monopoly, i.e. alcohol is sold in special stores, other than supermarkets.”
The same alcohol sale pattern is followed in Sweden, a target market for Zoinos, which aspires to expand throughout the Scandinavian market. “We have the opportunity to market our PDO and PGI products, which are premium spirits and can be marketed at higher prices.”

Another aged tsipouro in the works

Zoinos Winery markets large-scale tsipouro, while last year the company also launched an aged tsipouro. “Tsipouro production will continue in 2020, but we are waiting to see what happens next with taxes to decide how many bottles will be released,” explained Mr Katsanakis. In 2020, the winery intends to increase its tsipouro offerings with an extra-aged tsipouro that matures in oak barrels for six years. It should be noted that Zoinos products come from the Debina and Vlahiko varieties.

Vine cultivation throughout the Greek region of Epirus, and particularly in Zitsa, is very old. In fact, its wines were renowned not only in the area but further beyond. In 1954, the wine growers of the region founded the first wine cooperative, but with small facilities. In 1974, the modern winery of the Agricultural Cooperative Union of Ioannina was established. Since 1972, the wine producing Zitsa zone has been recognized and regulated as a Protected Designation of Origin of Wines.
On June 2006, the Winery of Zitsa made the next decisive step, to distance itself from the Agricultural Cooperative Union of Ioannina, and created the Zoinos SA.
In recent years, the company is implementing an investment program for the modernization and expansion of the winery, while, vinification of its wines is made through innovative growing and wine-making methods. The wines, however, have maintained their original character, acquired mostly by the Debina variety and the microclimate in the region of Zitsa.
Nowadays, Zoinos SA. is a modern, innovative, high quality company, a leader amongst winemaking companies in Greece.