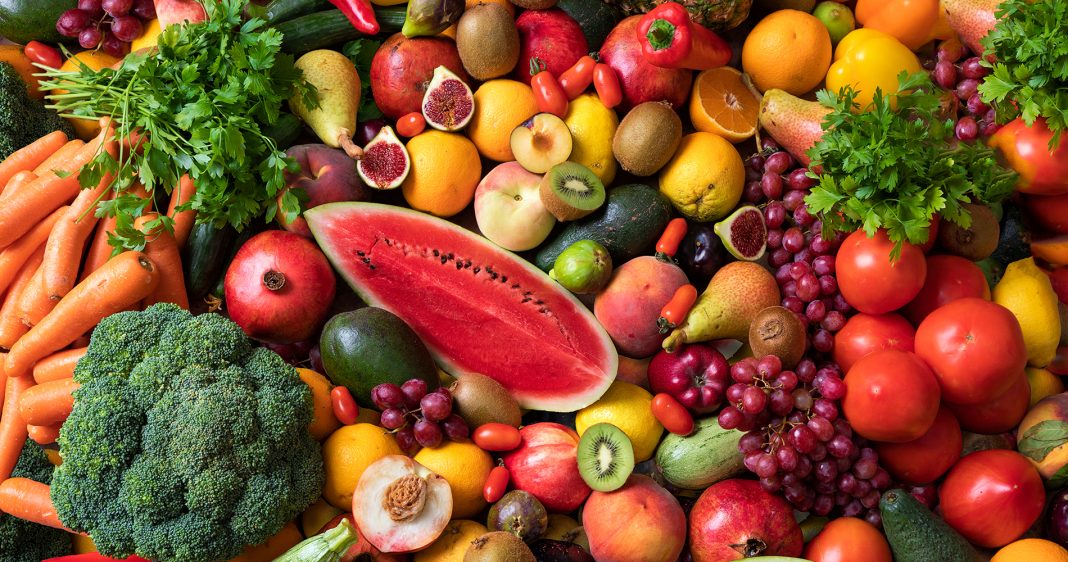 Despite the unprecedented global conditions, 2020 proved to be a positive year for Greek food exports. Namely, oil, dairy, and in particular fruit and vegetables were the ones to benefit, while market insiders expect the upward trend to continue in the new year as well.

Considering what has befallen the world and the global economy in particular, 2020 has been a stellar year for Greek exports and especially Greek F&B exports. In fact, although, for the so far registered 11-month period between January and November 2020, the country’s exports have been down approximately €3,244.3 million, i.e. -10.5% compared to the same period in 2019, foodstuff were up €4,823.2 million compared to €4,364.1 million in the previous year. As for which F&B sectors profited the most, according to official estimates, olive oil, dairy (primarily Feta cheese) and fruit and vegetables were the big winners.

Fruit and vegetables lead the way

Mr George Polychronakis, Special Adviser to the Greek Association of Export and Distribution of Fruits, Vegetables and Juices, Incofruit Hellas, is expressing the opinion that, although the data about the whole year is still inconclusive as numbers from December 2020 have not been processed yet, the trade balance for agri-food products will be positive. “Having seen the figures, my personal estimate is that 2020 will see an increase of approximately 50-60% due to the rise in exports and the drop of imports,” he states matter-of-factly.
According to Mr Polychronakis, the surplus left by exports of fresh and processed fruit and vegetables will amount to almost €1.55 billion and will be more than adequate to overcome the deficit created by the reduced exports of meat and live animals as well as those of cereals and tobacco. In fact, regarding exports in 2020, he spoke of “an achievement that took place during a trying global situation, which proved beyond doubt the superior quality, the excellent organoleptic characteristics as well as the nutritional value of Greek products, further enhancing their reputation abroad”.

An all time record for fresh produce!

Mr Polychronakis states that in the eleven registered months of 2020, exports of fresh fruit and vegetables recorded an all time high both in value (+ 15% compared to the same period in 2019) as well as in volume (+ 6% compared to 2019), while forecasting that the final prices for the entire year will be set at approximately €1.35 billion in value and at 1,700,000 tons (+ 14-15% and + 5% compared to 2019, respectively), setting an all-time record —despite the fact that 2019 was also a record year for sector exports.

Greece amps up the competition

According to Mr Polychronakis, the upward trend in Greek exports during the last five years is due, on the one hand, to the effort of Greek producers in the last 20 years, who adopted and implemented all the modern cultivation methods, bringing forth products of superior quality, and, on the other hand, to Greek exports through the modernization of processing and packaging facilities, but also with the right marketing, know-how, and specialization.
“These factors have contributed to the improvement of competitiveness for Greek products, placing them directly on the shelves of large retail chain stores”.
“At the same time, there is an increased awareness regarding the consumption of healthy fruit and vegetables, with consumers looking for quality products and willing to pay for them, while also wanting to know where each product comes from, how it was produced, and what cultivation practices were followed,” discloses Mr Polychronakis.

The year of Brexit

“2020 has been a year in which fruit and vegetable production and exports have established their true potential, especially during the lockdowns, when competition has intensified and an agreement regarding relations with the United Kingdom after Brexit, has been reached,” says Mr Polychronakis, who also explains how things are standing after Brexit:
“Concerns about the delay of the agreement after Brexit were strong in 2020, but finally, with the agreement reached on Christmas Eve, Greek fruit and vegetables exports to the UK will avoid the burden of customs duties, although they will not avoid the new customs formalities and controls which came into effect in January 1”.
It is worth noting that in 2019, Greek fruit and vegetable exports (both fresh and processed) to the United Kingdom amounted to 105.2 thousand tons worth €147.8 million, according to data provided by Incofruit Hellas. Therefore, it appears that Britain accounted for 6.8% of total Greek fruit and vegetable exports. The main products exported to the UK are table grapes, raisins, watermelons, kiwi fruit, but also cereals and dairy products.