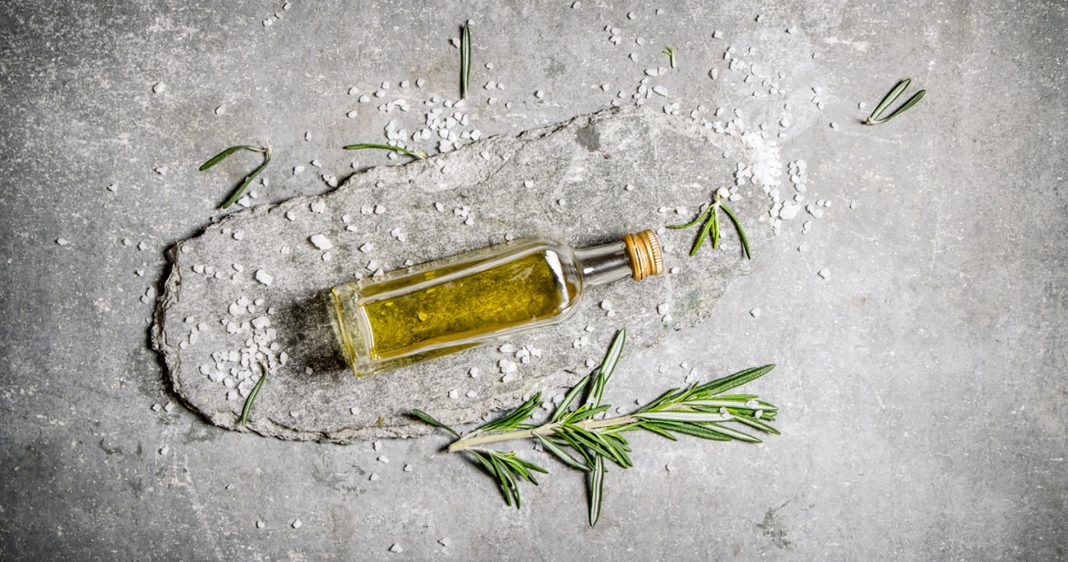 Current estimates suggest global production will reach almost 3.11 million tons of olive oil in 2020, while 3.14 million tons are expected to be consumed by the end of the year. Will there finally be some good news for producers, especially in Greece, where the 2020/2021 yield has been lower but of top-tier quality?

Global olive oil consumption reached a record high in 2020, recording an increase of 3.1 billion kilos. In other words, consumption has almost doubled in the last thirty years, mirroring a change in the diet of people in many countries. Furthermore, the inclusion of the Mediterranean Diet in the UNESCO list of the Intangible Cultural Heritage of Humanity is expected to give a further impetus.
The growing popularity of olive farming in five continents had led to a total of 11.5M ha dedicated to olive trees, and those numbers had pushed worldwide production to exceed 3M tonnes.

The future of the olive oil market

In the long term, the European market for olive oil is expected to show stable growth of 3%–5% over the next five years. This growth is mostly driven by changes in the consumption patterns of European consumers, like the rising interest in healthier cooking and the Mediterranean diet. The best opportunities for suppliers can be found in France, the United Kingdom, Germany, the Netherlands, Switzerland and Belgium.
In the last three years, almost all European countries experienced import growth of EVOO. The largest increases were in Italy, Spain and Portugal. These three countries were mostly importing and further processing (blending, bottling, etc.) imported EVOO. Among non-producing countries, the largest increases in EVOO imports took place in the Netherlands, Poland, Belgium, Germany, Czech Republic, and Denmark.
The worldwide Extra Virgin Olive Oil market size is projected to reach USD 1465.6 million by 2026, from USD 1410.2 million in 2020, at a CAGR of 3.6%%, according to a new research study.

Worldwide production for the current season would be 3.4% lower than last year, a drop mostly due to the reduced yield in a number of Mediterranean countries, including Italy (270,000 tons), Greece (240,000 tons), Morocco (140,000 tons), Tunisia (130,000 tons), and Portugal (120,000 tons). The only exception to the downward trend was Spain, where production was set to reach 1.6-1.7M tonnes, as reported by local sources.
Although Greek production is lower than last year’s approximately 300,000 tons, local olive oil makers are hopeful not only because of increased consumption, but also as a result of the yield’s top-tier quality, which stems from the exceptional conditions the olive tree is grown and cultivated in Greece.
What helps Greek olive oil find its identity in international markets is, first of all, the special conditions under which the olive tree is grown, as well as the olive oil produced and packaged. In Greece, small productions prevail, while the location, the climate and the sun help achieve the best result in terms of cultivation practices and, subsequently, organoleptic characteristics.
Furthermore, it is worth noting that, even conventional olive groves are somewhat organic in Greece, since farmers employ traditional cultivation practices with limited use of pesticides. In fact, in recent years, the most dangerous pesticides have been banned and aerial spraying of crops has stopped altogether. As a result, almost always, at least as far as Greek EVOOs are concerned, there are no pesticide residues, even in the non-organic ones, since Greeks never spray excessively their olive groves. 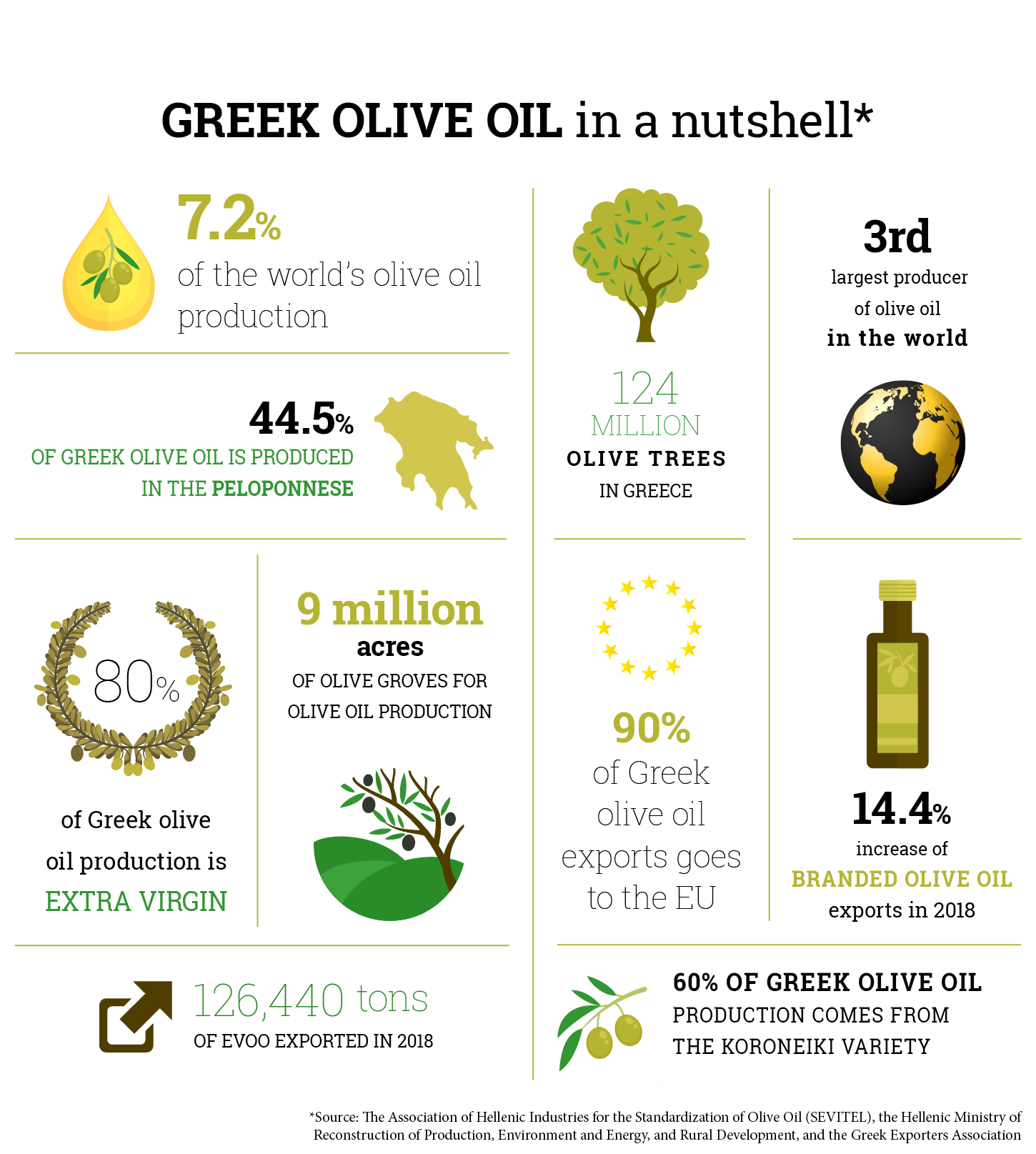 • Greece is the world’s largest exporter of Extra Virgin Olive Oil. All those involved in the production and marketing of olive oil know the superior quality and the excellent organoleptic properties of Greek olive oil, which is exported in bulk and is added into olive oil packaged and sold elsewhere to discretely grant its unparalleled taste and aroma.

• Greece offers the ultimate biotope for cultivating the olive tree. During the passing millennia, Greek cultivars have developed distinct characteristics that make their olive oil stand out. Especially Koroneiki, one of the oldest varieties in Greece, produces an exceptional extra virgin olive oil with a fruity, fresh flavor and a low acidity level.

• Extensive research indicates that Greek olive oil contains more polyphenols (antioxidants which can reduce the risk of developing a number of health problems including coronary artery disease) than extra virgin oils of other origins. And no wonder, since tradition, modern technology, and scientific research are harmoniously combined in the cultivation of olive trees, and the production of olive oil, while the most appropriate harvesting techniques are used.

Ouzo and Tsipouro to register in the World Intellectual Property Organization

Chipita focuses on Mexico and Slovakia for 2020