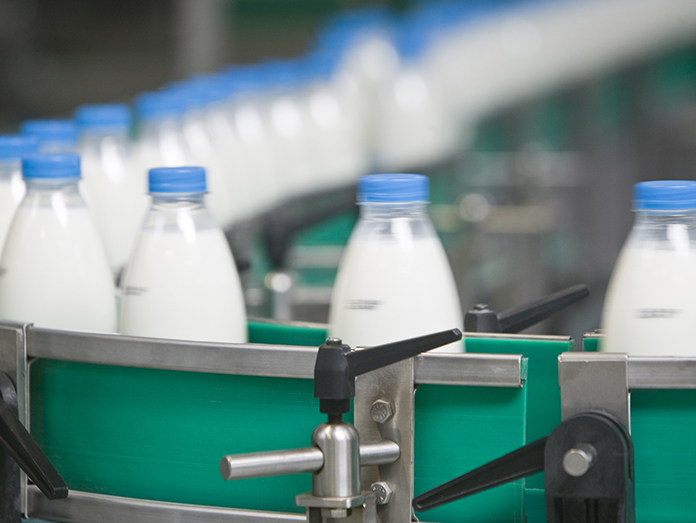 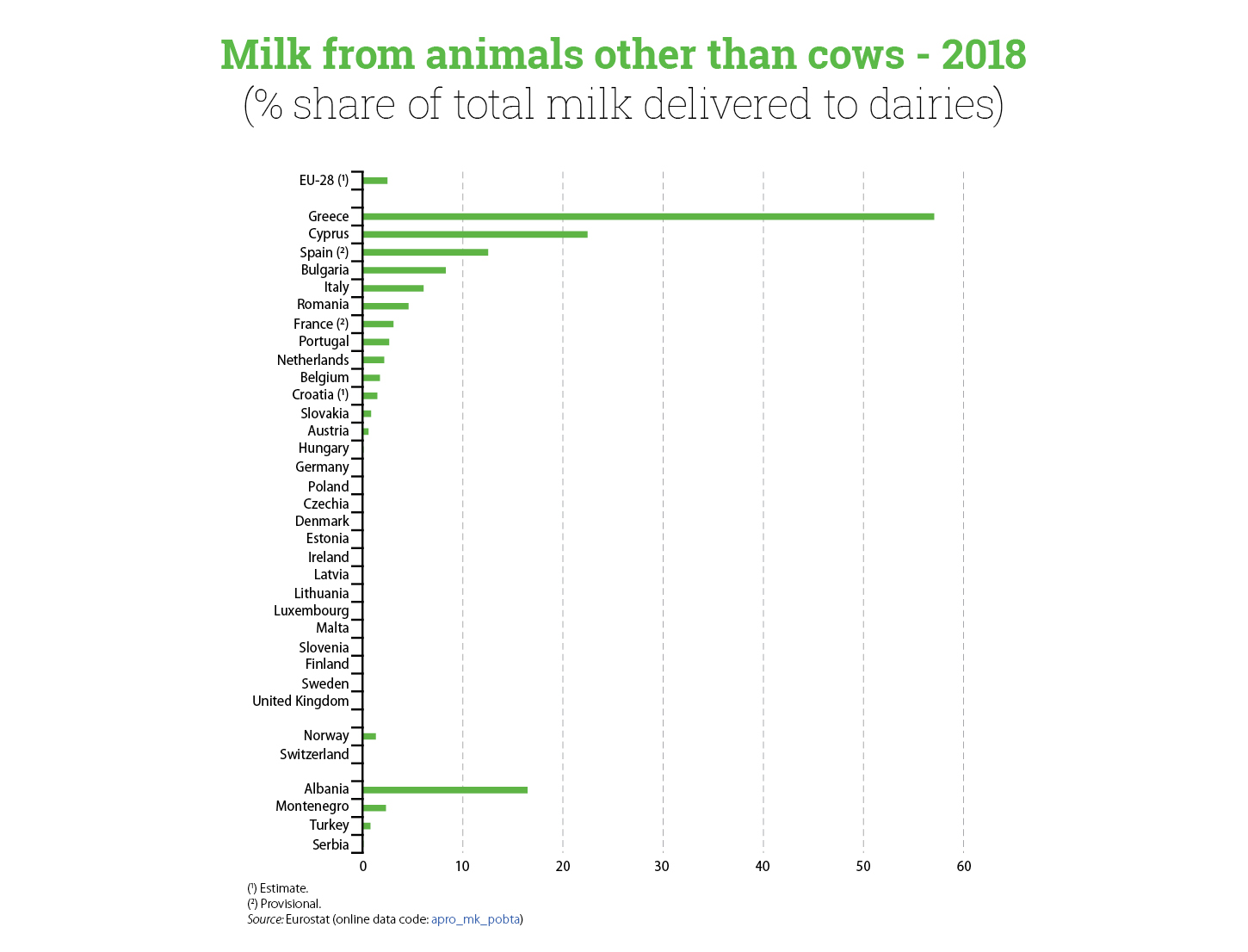 According to the latest data from the Agriculture, Forestry and Fishery Statistics 2019 review published a couple of days ago by Eurostat, Greece is one of the top producers of non-cow milk in the European Union. Whilst cow milk is the major milk used by EU dairies, in several Member States other milks contribute significantly to milk production. Namely, in 2018, Spain produced 1 million tons of milk from ewes and goats, with Greece and France both producing 0.8 million tons. Italy also produced 0.7 million tons of milk from animals other than cows and this included almost all of the EU’s production of milk from buffaloes. And whereas the collection of these other milks was dwarfed by that from cows in most countries, there were some exceptions. A majority (57.1%) of the milk delivered to dairies in Greece came from ewes and goats in 2018. A little over one fifth (22.5%) of milk delivered to dairies in Cyprus also came from ewes and goats. 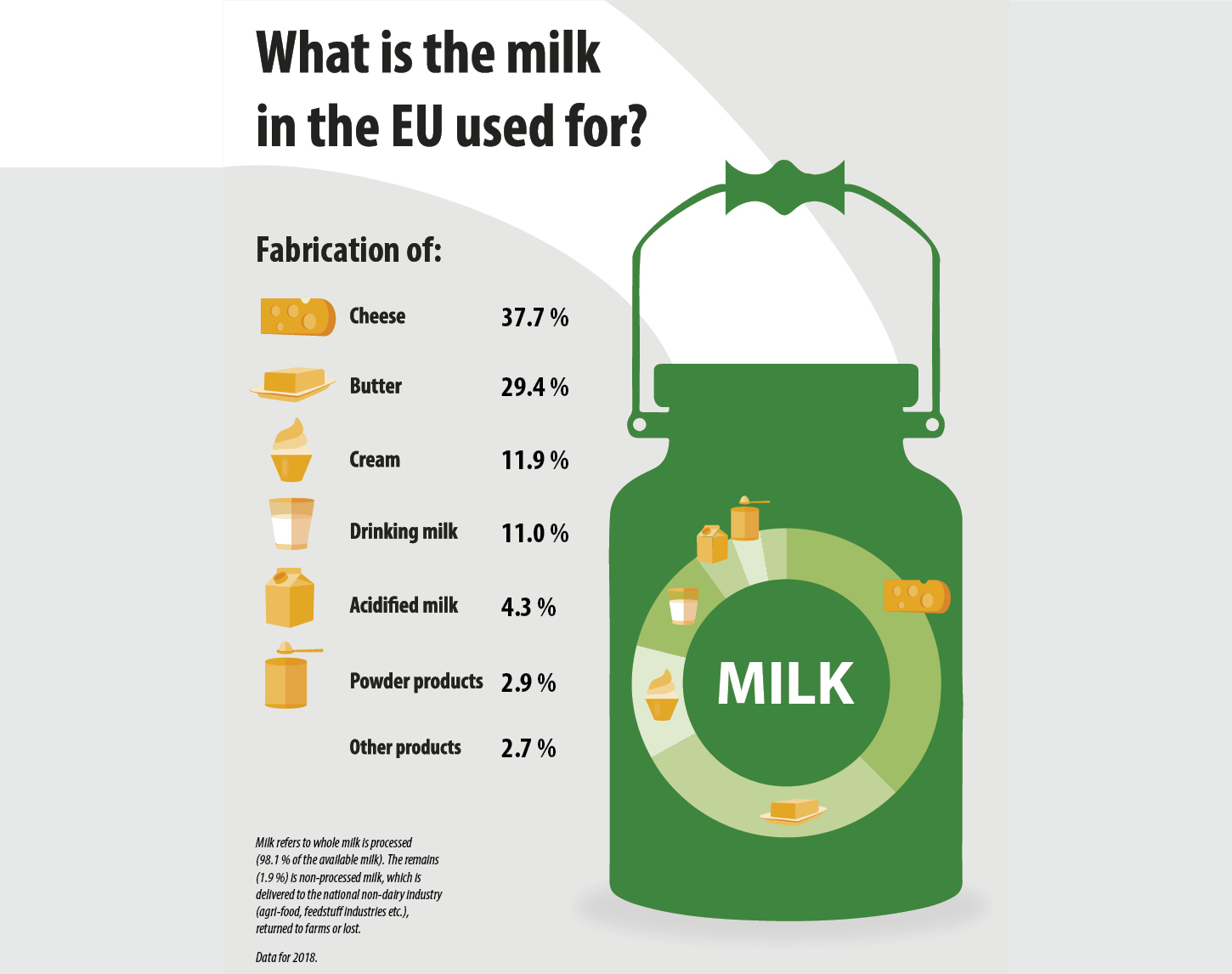 The EU produced an estimated 0.8 million tons of sheep and goat meat in 2018, which was the same level as in 2017. Sheep meat accounted for the vast majority (about 90%) of the combined total output. The main sheep meat producing Member States are the United Kingdom (about 40% of the total) and Spain (about 16% of the total). The decline in the production of sheep meat in the United Kingdom (-3.6%) was offset by rising production elsewhere, particularly in Spain (+3.9%). The main goat meat producing Member States are Greece and Spain, where production levels in 2018 were unchanged. In fact, Greek sheep and goat meat production for the year 2018 amounted to 9% of the total EU output (the country is in 4th place), with the UK coming first with 37.2%, Spain second with 16.8% and France third with 11.3%.