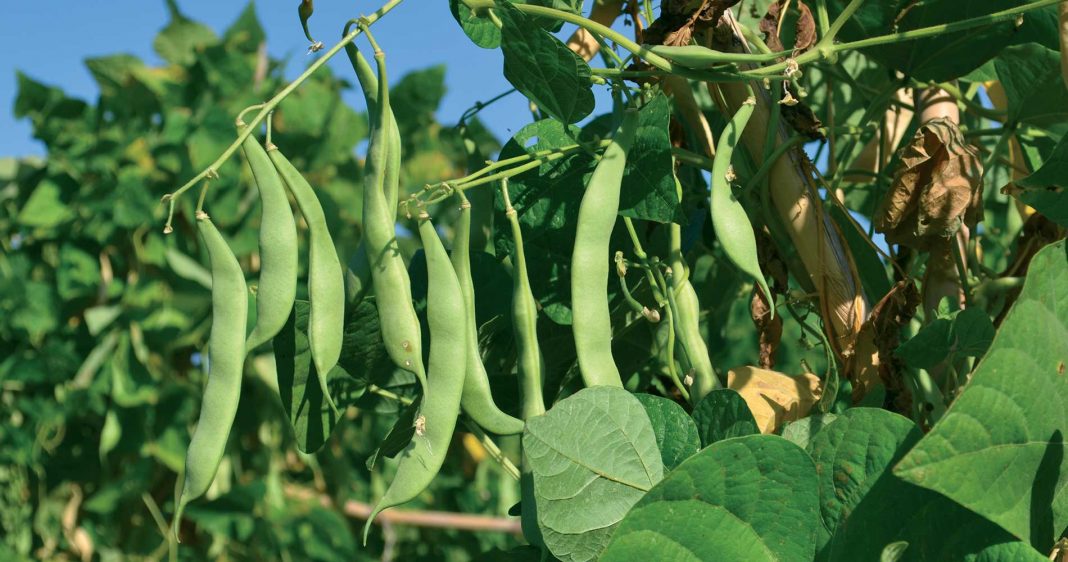 Beans and pulses in general have been savored all over the Mediterranean since time immemorial. For eons, these simple, healthful ingredients have been staples of the kitchen, an easy, cheap and yet nutritious way to feed body and soul alike. In fact, beans play an important role in the Greek kitchen.

Traditionally, Greeks would eat beans at least two times a week; they were a cheap and accessible source of non-animal protein. Dry beans (canned are rarely used even in the 21st century) were usually eaten as a soup known as “fasolada”, a white bean soup cooked with celery leaves, carrot and onion.
Beans were also consumed as a casserole, baked in the oven or pureed like fava. Today, most Greeks will eat them once a month, at best. However according to recent market surveys, the consumption of beans is on the rise in Greece. Now more that ever, due to the financial crisis, Greeks are looking for cheap meals and beans are the superstars. Not only are they cheap, they are rich in antioxidants and fiber, which protect you from chronic diseases such as diabetes and cancer, plus they are an excellent source of protein.

According to the Hellenic Ministry of Rural Development, Greece has the ideal climate for the cultivation of pulses and can considerably increase production in order to cater to even higher export demands. The fact that the rest of Europe has neither the climate nor the appropriate conditions to grow legumes puts Greece in an advantageous position compared to the competition, especially when considering that products, such as beans from the north of the country, hold PGI and PDO status, a fact that ensures their high and reliable quality.
Following Greece’s institutional challenges and ongoing economic downturn, consumer consumption is shifting towards inexpensive and healthier meal choices, such as lentils, dried pulses, peas, and chickpeas. Greek farmers are also looking for new opportunities, and major pulse processing companies are investing more and more into contract farming —usually as a joint venture with small, family-owned farms— to secure specific quantities as well as quality standards. While the consumption of pulses has gone up, production in Greece has gone down. In the old days, all the beans that were needed were made in Greece. But after World War II, there was a major population shift from rural areas to urban centers and to other countries. As a result, there was a decline of agricultural production, which meant that Greece had to import a large amount of beans to cover its needs.
In the last five years, the Greek government devised a plan to increase pulse production, committing more than 29 million euros in total as a stimulus to farmers interested in growing grain legumes. In addition, exports are showing encouraging signs: from 657 tons in 2010, they increased in 835 tons the next year, and 1,553 in 2012, with beans representing 17.85 percent, while exports in 2017 reached 1,283.5 tons and 2018 almost 1,537 tons.

The prime growing area for beans is in the north of Greece, specifically at relatively high altitudes (around 800 m) and cool temperatures and in the presence of a lake. Some of them have even won a PGI (Protected Geographical Indication) distinction from the EU, in recognition of the special characteristics these places confer. The coldest district in Greece, Kato Nevrokopi, boasts two such beans: giant elephant beans and common medium beans, while Florina, Kastoria and Prespes also have gigantes and fasolia of note.

Greek PGI beans are the following:

Prespes are a three-nation mountainous lake area in the northwest borders of Greece with Albania and FYROM that is famous for its natural beauty. It is a wetland of international importance and since 2009 there is a protected area of a total of 327sq. kilometers under the name “Prespa Park”.
This is where over 40 species of mammals, around 260 species of birds, 11 of amphibians, 20 of reptiles and 15 of fish can be found, while the rich flora includes more than 1300 species of plants and a cluster of centenarian stinking junipers.
The altitude, the soil components, the abundance of water along with the microclimate of this area result in the ideal conditions for growing premium quality pulses. Therefore, the main activity in Prespes is the cultivation of beans and some of the most delicious, quick to boil and thin-skinned beans in the world are produced here, thanks to the labour and dedication of the farmers working the land from generation to generation.
The management of the soil is tame and the use of machinery limited by the density of planting, the size and the sensitivity of the plant. Thus, the yield per acre may be small but thanks to the constant presence of producers in their fields and their intense manual labour the plants’ healthy condition and proper growth are ensured.

The prefecture of Kastoria is located in the northwestern part of Greece and the city of Kastoria is one of the most beautiful in the country. Lake Kastoria is located at an altitude of 620 meters. It offers the area an ecosystem with soil and conditions ideal for growing high quality pulses, a practice that was initiated back in the 17th century.
Especially for beans, temperatures in the region meet their requirements perfectly throughout their biological cycle. The average altitude for growing beans is 630 meters, while for lentils and chickpeas one has to climb higher, at altitudes that can reach 1200 meters. The mountains surrounding the farming areas guarantee a cool summer and the lake makes the continental climate of the area even milder in spring. What is ideal for beans is a light ground, of medium loam or sandy clay composition with an ideal pH of 5.3-6. That is exactly what the area around lake Kastoria has to offer, and there crops are favored by atmospheric humidity and the trade secrets of agriculture that go from generation to generation. These traditional farming techniques, the frequent fallows and the producers’ extensive manual work ensure a pure, local variety with excellent quality and unique flavor characteristics.

Feneos is a beautiful area in the mountains of Korinthia which owes its uniqueness to the large plateau located between the mountains Ziria and Chelmos and to the nine villages that all but circle the area. The area of Feneos spans a large, almost triangular, plateau crowned by dense forested mountains. The climate is generally characterized as continental with cold winters and cool summers. Because there are so many forests on the mountains, the plateau of Feneos has a milder climate, with wet winters and cooler summers.
In most of the Feneos valley grain and fruit is grown, but this is the land where vetch has been grown for generations. The soil is mostly clay sandy or sandy clay at least, with high water storing capacity. It is deep and productive, and contains calcium and phosphorus, it is low in potassium and magnesium, and the majority of the soils are slightly acidic (ph <7).
The farmers in Feneos need to put in a lot of manual work, from sowing to drying, while using minimal quantities of pesticides and chemical fertilizers. The result, though, is vetch of excellent quality.