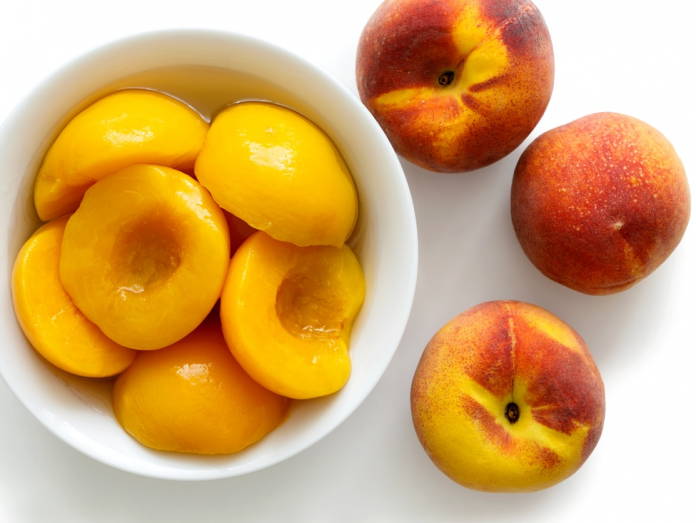 The Greek Canners Association recently announced the collection and processing of all this year’s stone fruit production, while commenting on the unfavorable economic context of the current conditions due to the COVID-19 pandemic, claiming that the level of industry stocks is the same as last year.

In fact, the Association had already expressed concerns regarding the exports of canned peach which faced great difficulties because of restrictive measures taken to avoid the spread of the coronavirus, in the first quarter of 2020, with the President, Mr Costas Apostolou stating that “unfortunately, despite increased demand recorded in the first quarter of 2020 compared with the same period last year, the combination of workers’ concerns and measures taken in the country’s customs created delays that were likely to intensify in the near future”.

In a review of the course of the industry, the Greek Canners Association reiterates its firm position that competitiveness rests upon better peach production but also higher yields, “in order to satisfy producers”. In this context, the Association promoted the newly-minted “Stone Fruit Network” by inviting stakeholders to participate in it, promising that the Network will “check and certify that everyone complies with the protocol and that the final products meet quality standards.”

In addition, the Association’s press release expressed concern regarding the economic downturn caused by the pandemic, as well as the effect of BREXIT on exports to the UK, one of the major markets for canned and fresh peach.

“Peach processing companies had by the end of September the same stocks as last year. It is very difficult to make any predictions about how long the second lockdown, which is already in force in many of the markets for processed peaches, will last, nor how it will affect demand. It is even more difficult to predict the extent of the economic downturn in the global markets.”

“As far as BREXIT is concerned, time passes and no agreement that will allow us to continue our tax-free exports to the United Kingdom, is announced. The only hope comes from the outcome of the US election, which is expected to lead to the scrapping of additional tariffs, but even that will take some time.”

According to the Canners Association, the Stone Fruit Network aspires to improve production quality and efficiency “through the regular presence of an agronomist in the field next to the producer, as well as stable accords between those involved in the production and processing of the fruit. The agronomists will help producers grow the fruit using a new cultivation protocol, which incorporates years of theoretical knowledge and practical experience, but also the latest data on climate and the marketplace.”

“The Greek Canners Association has always supported and will continue to support all organized initiatives that look to the future and seek to create better conditions, and calls on all stakeholders to be informed about the Network and to support its efforts.”