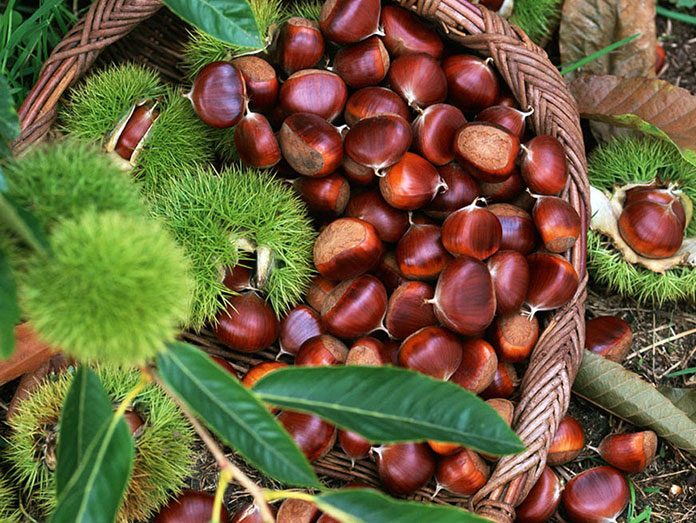 According to information, chestnut production for the year 2019 in the region of Mount Kissavos and,, particularly in the so-called “chestnut villages” where most of the cultivation takes place, is expected to increase.

“After a bad year, such as the one we had in 2018, it seems that this year we will return to the normal levels of our production, which are between 250 and 300 tons. Last year we had one of the largest reductions in production ever experienced, mainly due to weather conditions,” explains Mr Eythimios Triantafyllou, Chairman of the agricultural cooperative Karitsa-Stomiou, Karpoi Kissavou.

In the last five years, chestnuts have been enjoying a resurgence of interest in the European market prompting many producer, especially young people, to start cultivation it.

Industry players disclose that “The interest of food traders in Italy, Germany, etc. is enormous as Greek chestnuts are considered to be of top-tier quality.”

Attempts to register Florina peppers as a PDO product

A cookbook for the Mediterranean Diet