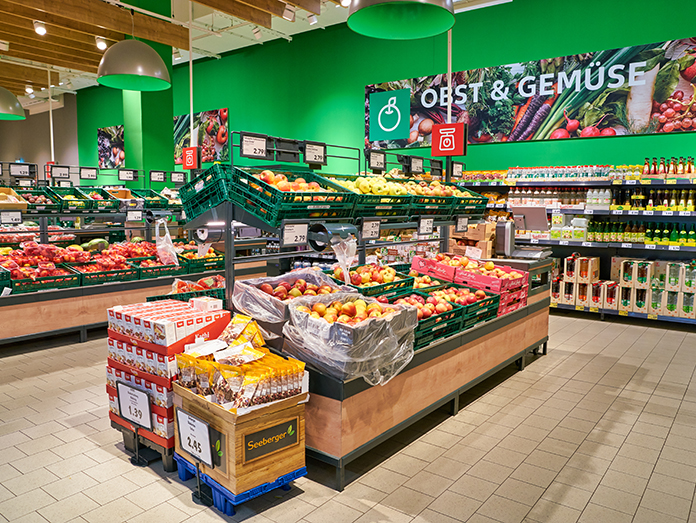 Germany is the second largest market for Greek products, offering major opportunities for Greek exports. In fact, during the first seven months of 2020, fruit exports from Greece to Germany were booming, compared to the corresponding period of 2019, both in terms of quantity as well as value, according to data collected from the Federal Statistical Office of Germany (Destatis).
As provided by these data, which were compiled by the Greek Office of Economic and Commercial Affairs of Berlin, in the first seven months of 2020, 58,340 tons of fruit were imported to Germany from Greece, compared to 55,677 tons during the same period in 2019 (+4.78%), while the total value of imports amounted to €80.77 million in the first seven months of 2020, compared to €50.94 million in the respective 7 months of 2019 (+58.57%).
According to a market research study by the Berlin Office, despite the fact that the German fruit market has been flooded with products mainly of Spanish and Italian origin, Greek fruit have managed to take advantage of the momentum created by the pandemic, especially from March to June. As COVID-19 has increased demand for quality fresh fruit, Greek fruit share in the German market has also gone up, while maintaining their prices at satisfactory levels. This trend is expected to be strengthened in the future.

In 2019, Germany imported from Greece 93,073 tons of fruit with a total value of €93.83 million, which is a five-year high in terms of value.
Greek fruit such as kiwi, cherries and citrus fruit have managed to gain significant share in the German market, whereas other fruit such as table grapes have yet to establish themselves to the mind of German consumers. 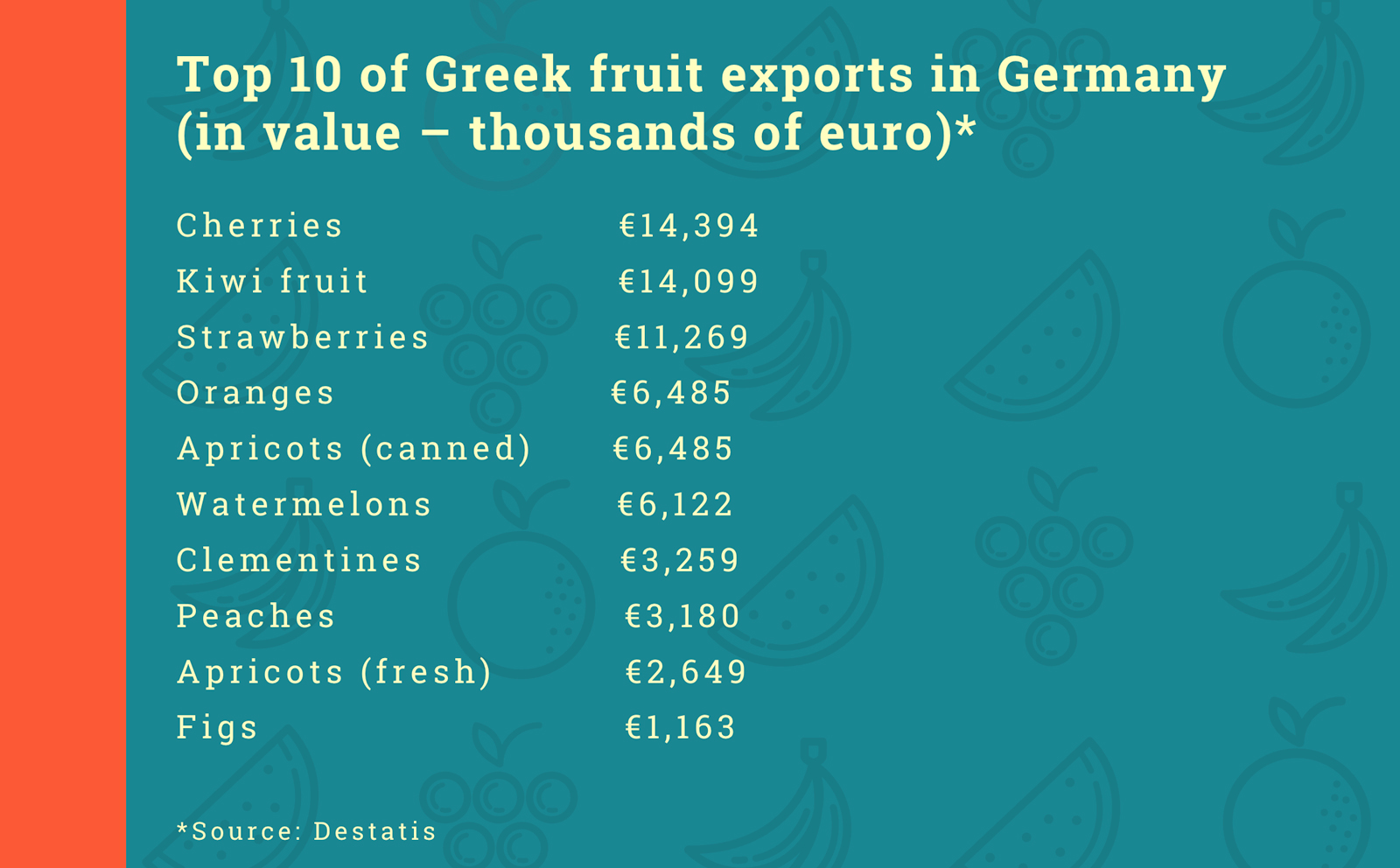 The study shows that German consumers, following international standards, are constantly turning towards healthier food models and looking for quality products. In addition, they want to know where they come from, how they are produced and what cultivation methods are used.
As a result, they favor Greek fruit producers that cater to these new consumer habits and requirements that demand greater variety and healthier products throughout the year.

On November 26 and 27, the Hellenic-German Chamber of Commerce, BASF Hellas SA, Piraeus Bank, the Greek Embassy in Berlin, and Enterprise Greece organize the 7th Hellenic-German Food Forum under the title “The pandemic as an opportunity to increase Greek fruit exports to Germany”.
The event, which due to COVID-19 restrictions, will take place online, will be held under the auspices of the Ministries of Foreign Affairs and Rural Development and Food and will have the support of the Office of Economic and Commercial Affairs of the Consulate General of Greece in Munich and the Hellenic Network of Business and Executives of Bavaria (HNBEB).
The Forum will include two digital panels: “A roadmap for exports in the agri-food sector” and “Looking for new models of Greek-German cooperation between producers and traders”. Furthermore, digital B2B meetings will also be held between representatives from entities and companies in the agri-food sector from both Greece and Germany.

Green Cola premieres in the US market