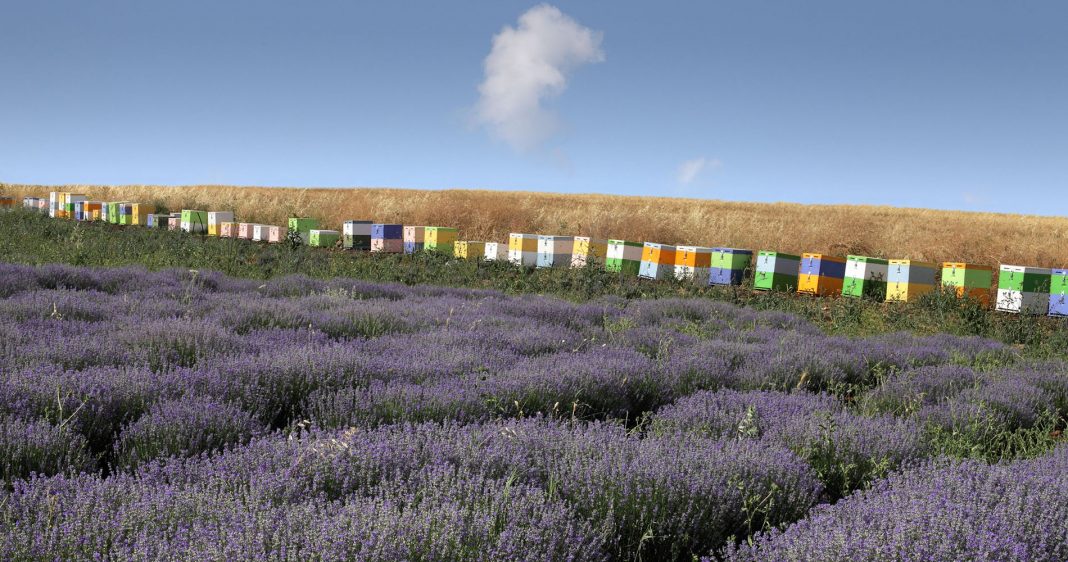 Natural, full of flavor and aroma, Greek honey is free of genetic modification and gleaned from vast, uncultivated lands. The result, a top-tier product that surpasses all others.

Honey is made by bees in one of the world’s most efficient “facilities”, the beehive. And in Greece, honey is one of the products with high international recognition due to its high quality, wonderful flavor and excellent aroma. Greek honey producers are many, and the country boasts the most beehives per acre than any other European country (in fact, Greece ranks number two in the world after Hungary when it comes to apicultural density: about 11.1 bee hives per km).

A honey of superior quality

According to experts, Greek honey owes its unique organoleptic characteristics to the fact that most of the Greek land consists of forests and wild ecosystems. Many of the plants found in Greece are aromatic and medicinal herbs, carrying their qualities to honey. Scientific studies have shown that Greek honey varieties are rich in compounds such as polyphenols, phenolic acids, etc.

In fact, a recent research conducted by the Aristotle University of Thessaloniki, indicated that Greek honey is indeed the best in the world. After analyzing 48 different varieties of honey from different areas of Greece and the world, scientists found that Greek honey had significantly more superior properties than the rest, even the world-famous Manuka honey!

Compared to Manuka honey, Greek honey was found to contain far more antioxidant properties. In particular, the varieties of honey found to surpass Manuka honey in quality were those made by bees feeding on oak tree, fir tree, heath, chestnut tree, pine tree, thyme and orange blossom. The antioxidant properties of the aforementioned honey varieties can be useful in eradicating the free radicals responsible for cell damage leading to illnesses like cancer. 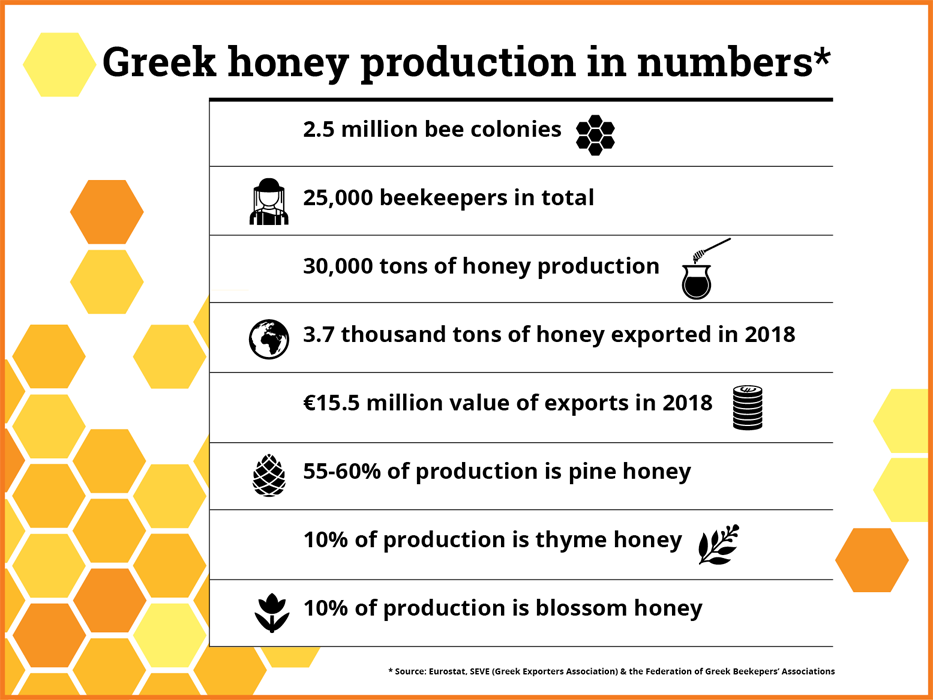 Although Greece produces some of the best and most popular honeys in the world, its exports rank among the lowest in Europe. This is mainly due to the high price of Greek honey as well as the lack of a well-organized marketing plan that could help boost sales. Nevertheless, its superior quality compared to other honeys, together with the fresh, innovative ideas implemented in apiculture by budding producers, have managed to create honeys of excellent reputation that have crossed the borders of the Greek market and are currently pushing exports.

Greece has almost 2,500,000 bee colonies and produces about 30,000 tons of honey per year, while 65 percent of production takes place in the regions of Chalkidiki, Thassos and Evia, while Crete abounds in thyme honey. Exports are still limited, accounting for approximately 10 percent of Greek honey production, but are constantly rising –in fact, in 2018 exports were up by 15.9 percent compared to the previous year.

Germany, Cyprus, Canada, France, the UK and the US remain the main export destinations over the years. In fact, exports to France have doubled in 2018, putting Greece in 10th place of the country’s honey suppliers. These above-mentioned six countries absorb some 80 percent of total honey exports, while other markets, such as Spain, Italy, Austria, Russia, Slovenia, Belgium, Lebanon, Saudi Arabia, Sweden, Japan, and Norway, are slowly but surely emerging as new trade points.

Some businesses have already understood the need for quality, high added-value honey and have stepped up to the challenge with innovative products, such as honey with Kozani red saffron, Chios mastic, and various superfoods (goji berry, hippophae, cranberries, etc.), which have been welcomed by the international markets, thus further increasing the product’s export potential.

Kopanisti cheese from Mykonos on the menu of Nammos Dubai

A love story with Greek truffles