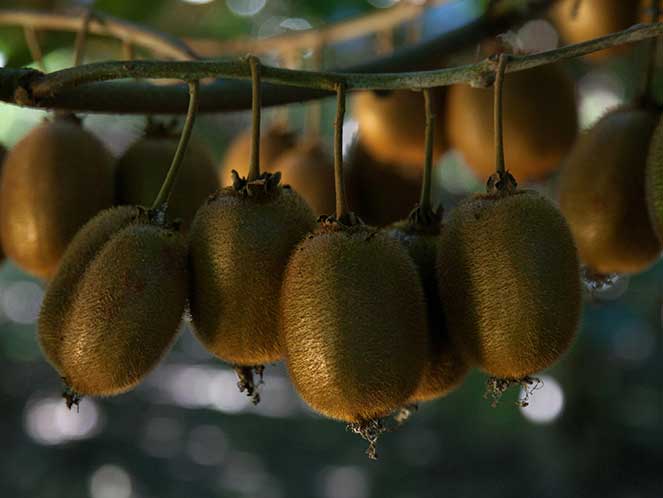 Greek kiwi fruit has found a new export market after Thailand’s Agriculture Ministry recently approved its importation into the Asian country.
The approval came after a four-day inspection by Thai government officials who toured kiwi plantations in Northern Greece, including facilities where the fruit was selected and packaged for shipping. The officials also paid a visit to the official phytosanitary services to confirm health requirements for import into Thailand. Inspections were carried out at Thessaloniki, Imathia and Pieria prefectures.
Kiwi fruit or Chinese gooseberry might be known as the national fruit of New Zealand, but Greece is estimated to be the 3rd largest producer of the exotic fruit by the end of 2019 (from 4th place the previous year). According to data from the Hellenic Statistical Authority, during the period 2017-2018, kiwi fruit came second (after oranges) in Greek exports in the edible fruit and nuts category, with 90% of production exported annually, while Greece exported 154,843 tons and produced 274,619 tons. Today, there are 100,000 acres of kiwi plants in Greece, and, therefore, in a couple of years, production is expected to exceed 300,000 tons.
Other countries that have started recently importing Greek kiwis include China, South Africa and the US while Vietnam, South Korea, Taiwan, and Brazil are among the emerging markets interested in kiwis. In fact, a panel of experts from the Ministry of Agriculture of South Korea recently visited Greece to carry out kiwi inspections, with the aim of ascertaining the phytosanitary status of Greek kiwi orchards and evaluating all stages of kiwi production.