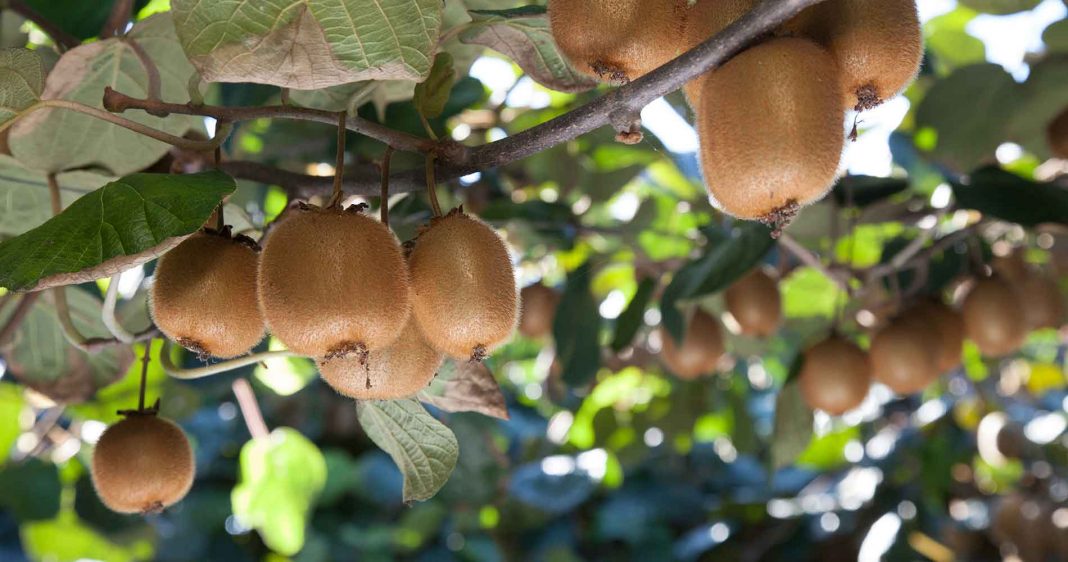 Following a stellar trading period 2017-2018, Greece is expected to climb from 4th to 3rd place in kiwi fruit production globally.

Greece has the perfect weather conditions for the cultivation of kiwis; its Mediterranean climate with hot summers and cool winters, helps produce fruit of excellent quality and flavor. Greek kiwis have become known in recent years —it’s true that about a decade ago nobody has even heard of them. They are definitely not inferior to other kiwis in any way. And the fact that some kiwis (Aktinidia Pierias and Aktinidia Sperchiou) are registered as PGI, means that their organoleptic characteristics are even better.

Greek kiwi production is constantly growing, especially during the last five years. According to experts on the subject, provided that growth rates remain unchanged, it is foreseen that by the end of 2019, Greece will be among the top kiwi producers, reaching 3rd place in world ranking (after New Zealand and Italy, the main kiwi producer in Europe and Greece’s main competitor). In addition, Greek production is expected to increase twofold within the following 5-year period, putting the country in 2nd place.

Currently, Greek kiwi production amounts to 274,619 tons —twice the size of seven years ago— whereas, according to early estimates, production for the year 2018-2019 is expected to reach 265,000 tons from 9,500 hectares of kiwi plants. Greek kiwis are considered a high-value export product, with 95% of production headed to international markets —in fact, in 2017-2018 exports amounted to 151,287,722 euros, an increase of about 77.18%. The year 2017-2918 has been strong quantity-wise, while the average fruit size achieved was 33. Most of Greek production is of the Hayward variety and comes mainly from Pieria (approximately 45% of total yield), while Thessalia, Kavala and Arta are among the most suitable areas in Europe for kiwi fruit growing.

of yield is from Pieria

*Source: INCOFRUIT Hellas based on data from the Hellenic Statistical Authority (EL.STAT)

With the European market reaching saturation point, Greek kiwi producers are constantly looking for new markets to export their delicious fruit. In addition to India that started only recently to import Greek kiwis, China, South Africa and the US are already enjoying quality fruit from Greece, while Vietnam, South Korea, Taiwan, and Brazil are among the emerging markets interested in kiwis, with pending bilateral phytosanitary measures agreements that are expected to come through within the following months. Furthermore, Argentina has recently signed such a phytosanitary measures agreement, greenlighting imports of Greek kiwi fruit.

Greek wines: The popular varieties on your radar

AGROKNOW HUB: A center for research, innovation, and entrepreneurship