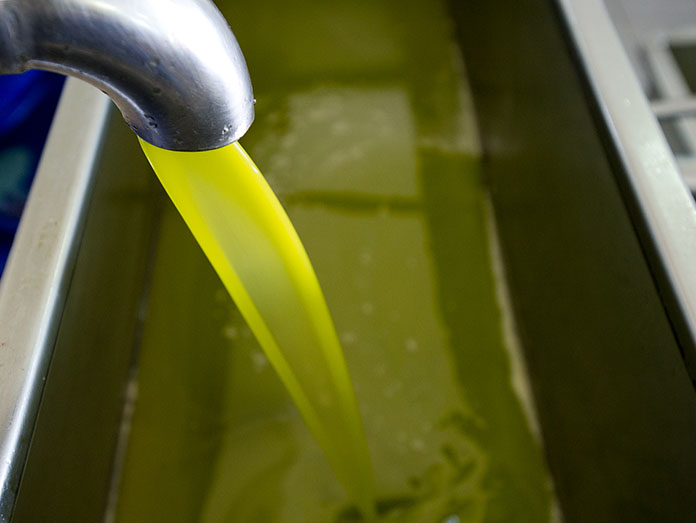 The olive oil harvest is underway in Greece and prices are already confirming earlier expectations that they will exceed €3/kilo. More specifically, in the region of Laconia, in the Peloponnese, olive oil prices remain at €3.80/kilo, while in the rest of Peloponnese prices are undergoing a slight correction at €3.40/kilo for quality extra virgin olive oils. This correction is attributed to the inability of the trade to enter into new agreements in view of the circumstances created by the COVID-19 pandemic, but also due to the expectation that more olive oil will eventually flood the market.
However, 1,000 tons of fresh olive oil have already been marketed in the wider area of Monemvasia, which traditionally claims the highest prices in the Greek market, while a new round of discussions is now expected to begin regarding the rest of the production.

According to market insiders, the price pressure is also related to the interest in Cretan olive oil, where prices of around €3/kilo have already been trending for a good quality, low acidity oil.
In this context, as commercial interest turns to the famous Greek island, which last year failed to supply the market with large quantities, the competition among Greek production centers intensifies.

In terms of production, this year volume is expected to be small compared to the previous year. In the light of this, but also given the fact that neighboring Italy, which is priced at around €5/kilo, also has very low production, the margins for improvement are limited. Furthermore, consumption at both European and global level is up, which for the first time in years exceeds supply, at least according to estimates coming from Spain.
It is worth noting that since the first wave of the pandemic and up to the summer, olive oil imports increased by more than 20% in key markets for the product, such as the European countries, the USA, Canada and Australia, while demand from China increased by 10.4%. According to data from the International Olive Council, imports to all major consumer markets have collectively increased by 42.3% compared to the same period in 2019.
Meanwhile, the 2020 olive harvest in Greece was also hit by the pandemic and the lockdown, which has significantly reduced the labor force, especially from certain countries facing COVID-related travel restrictions.

European Union olive oil export volumes are expected to reach a new record in the 2019-2020 crop year, according to the latest market outlook report published by the Director General of Agriculture and Rural Development. In fact, from October 2019 through July 2020, exports grew significantly and are on pace to reach 820,000 tons.
Export volumes increased to every single one of the E.U.’s main olive oil destinations, including a 32% increase to both Brazil and the UK, a 16% increase to the US and 3% increase to both Japan and China.
Combined, these five countries account for about 70% of all olive oil exports from the European Union (though mainly from Spain, Italy, Greece and some from the South of France).