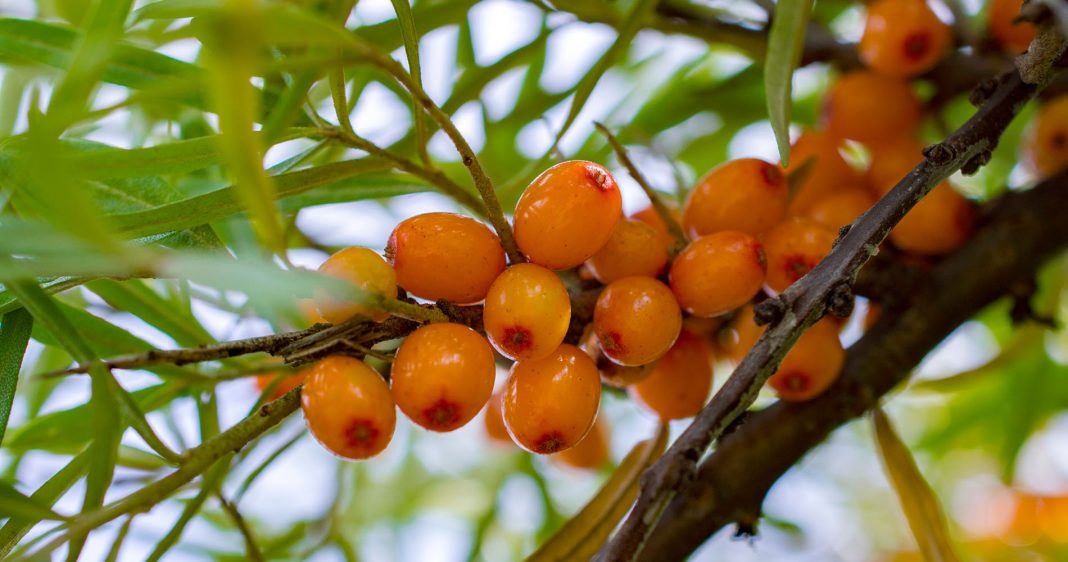 Hippophae production in Greece is developing at a fast pace, while exports are also in the works. No wonder sea buckthorn area has increased sixfold within only one year!

Greek sea buckthorn or hippophae –as it is also known– producers are ready to expand their presence into international markets. In fact, a group of 95 growers all across Greece has created a cooperative under the name Hippophae Hellas and is currently the sole and official supplier of the Siberian sea buckthorn varieties in Greece, the Balkans and Italy. According to Mr Nikos Doukas, General Manager of Hippophae Hellas “the cultivation of Russian varieties in Greece has created a superior fruit with a huge competitive advantage on the world market, while resulting in significant profitability for its growers.”

The first hippophae sorting, grading and processing factory in Greece has been operating for a few days now in Lagina, Thessaloniki, while the company’s investment plans include the creation of a fruit processing plant in the city of Thessaloniki within the next 2-3 years. “The business plan for a new processing plant that will focus primarily on second-quality fruit, is already underway and construction is expected to finish in about two years. The cost of the investment is estimated at 3m euro and the factory will be based in Thessaloniki,” adds Mr Doukas.

Furthermore, according to Mr Doukas “Extroversion has been our goal from day 1. We have already signed contracts with companies in Italy, Great Britain and the United States. At this point, we’ve started exporting product samples. You see, the quality of our sea buckthorn is second to none and quite unique, so we wanted to be very careful and reliable in terms of the quantity we can deliver.”

The effort to cultivate Russian sea buckthorn varieties in Greece began in 2012 and the Hippophae Hellas cooperative was established in 2014 with only 250 hectares of land given to the plant. Development took place at breakneck speed; sea buckthorn land increased about 540% in just 5 years and is expected to rise another 375% within the next five. The group’s crops extend almost all across Greece, with the main part being in Thessaly, followed by Macedonia, Epirus, Thrace and the Peloponnese.

These particular sea buckthorn varieties cultivated in Greece come from an exclusive agreement with the MA Lisavenko Institute of Russia, the most important institute in the world regarding sea buckthorn research, dating back to 1963. As Mr Doukas explains “Greek climate and soil are ideal for the production of sea buckthorn and these varieties have managed to give a product of top-tier quality and high added value.” In fact, Greek sea buckthorn fruit is very large in size (almost three times larger compared to regular sea buckthorn), with very low acidity, i.e. 1.2% compared to the 3.2 % from other varieties, and exceptional flavor due to elevated sugars (at 10% as to 3.5% of the rest, on average). In addition, the yield of Russian sea buckthorn varieties cultivated in Greece amounts to 1.5 ton/acre, on average, while production in 2019 is expected to reach 30 tons compared to 10 tons in 2018. In addition, sea buckthorn arable land is currently at 1,600 hectares and expected to reach 6,000 hectares within the next 5 years. 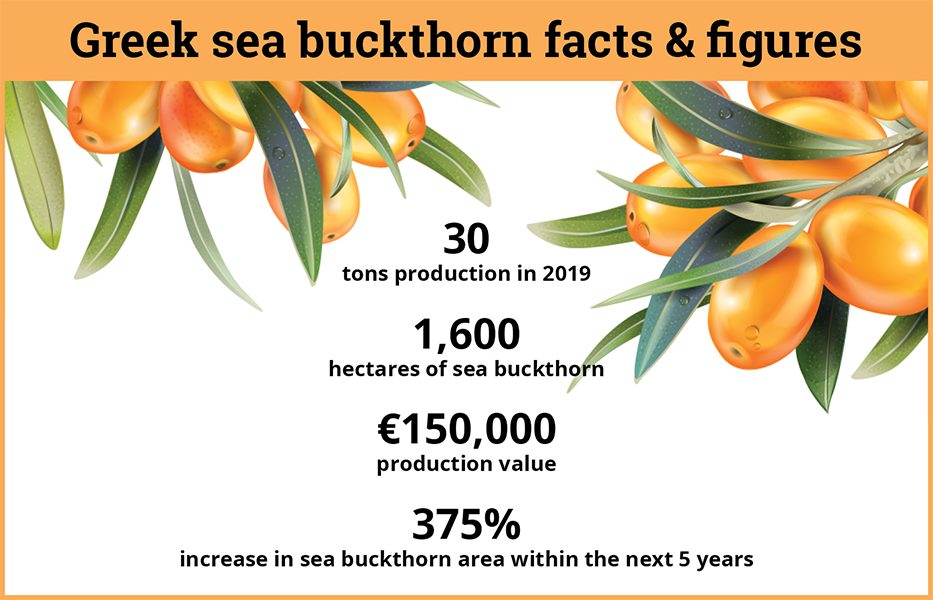