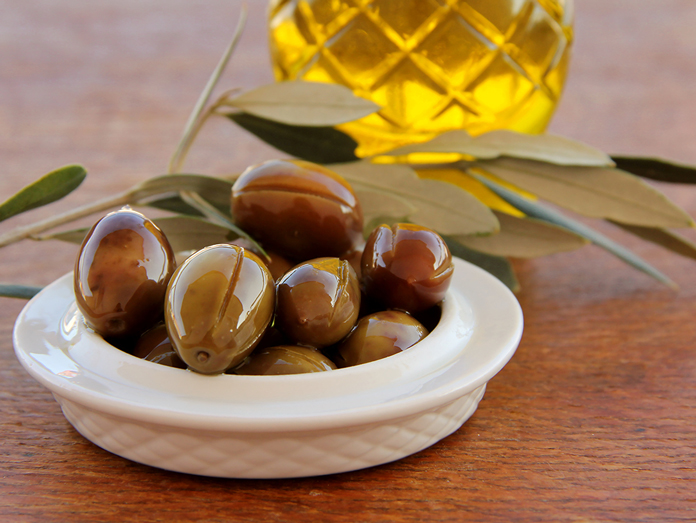 A survey conducted by the National Bank of Greece on the strategies of Greek foodstuff leading the country’s exports, records the leading position of Greek table olives in the global premium products scene –at least according to data from Eurostat International and the bank itself.
In fact, table olives occupy the highest place in the National Bank’s rankings and are described as leaders in terms of quality. Furthermore, the Greek market pays special attention to packaging. Among other advantages are the leading position of the olives in the premium market, as well as the exceptional the raw materials. On the other hand, Greek table olives are partly exported in bulk, while there is significant potential for the creation of added value, which remains somewhat untapped.

Spain remains the main export destination for Greek table olives, the category, however, has managed to reduce its dependency on this particular Mediterranean market. In fact, Greek olive exports to Spain have gone down from 50% in 2009 to 39% last year, while there is greater emphasis on the domestic market.
According to data form the same survey, table olive sales in Greece had an 18% share ten years ago, whereas in 2019 reached 25% of the category turnover. It also looks like it is the Greek market that has stripped the most percentage from sales to Spain –other markets accounted for 32% of the olive trade in 2009, a ratio that did not change dramatically, amounting to 36% last year.

Greek olives maintain a significant share in the international market (17% in terms of volume) as well as a high price (€2.6/kg, compared to the average price of €1.73/kg), thus being at the helm of the premium market. The other big player, Spain (with a 39% share in volume), leads the mass market segment (with a price of €1.3/kg).
Greek olive exports have proved particularly resilient in the last decade, recording a significant increase (approximately €452 million in 2019 from €190 million in 2009), with almost 80% of them heading to developed countries (mainly the US and Western Europe). It is also worth noting that Greece currently supplies 1/3 of the US, Germany, Italy and the UK markets (from ¼ share in 2009).
The leading position of Greek table olives largely reflects the superior quality of the product, which is due to the special soil and climate conditions in Greece. There is, however, room for further increase in export value, as almost 2/3 of Greek olives are exported in bulk. Since the price of bulk exports is in the range of €1-2/kg, while branded olives range from €5-6/kg, standardization is an important key strategy for the coming years. 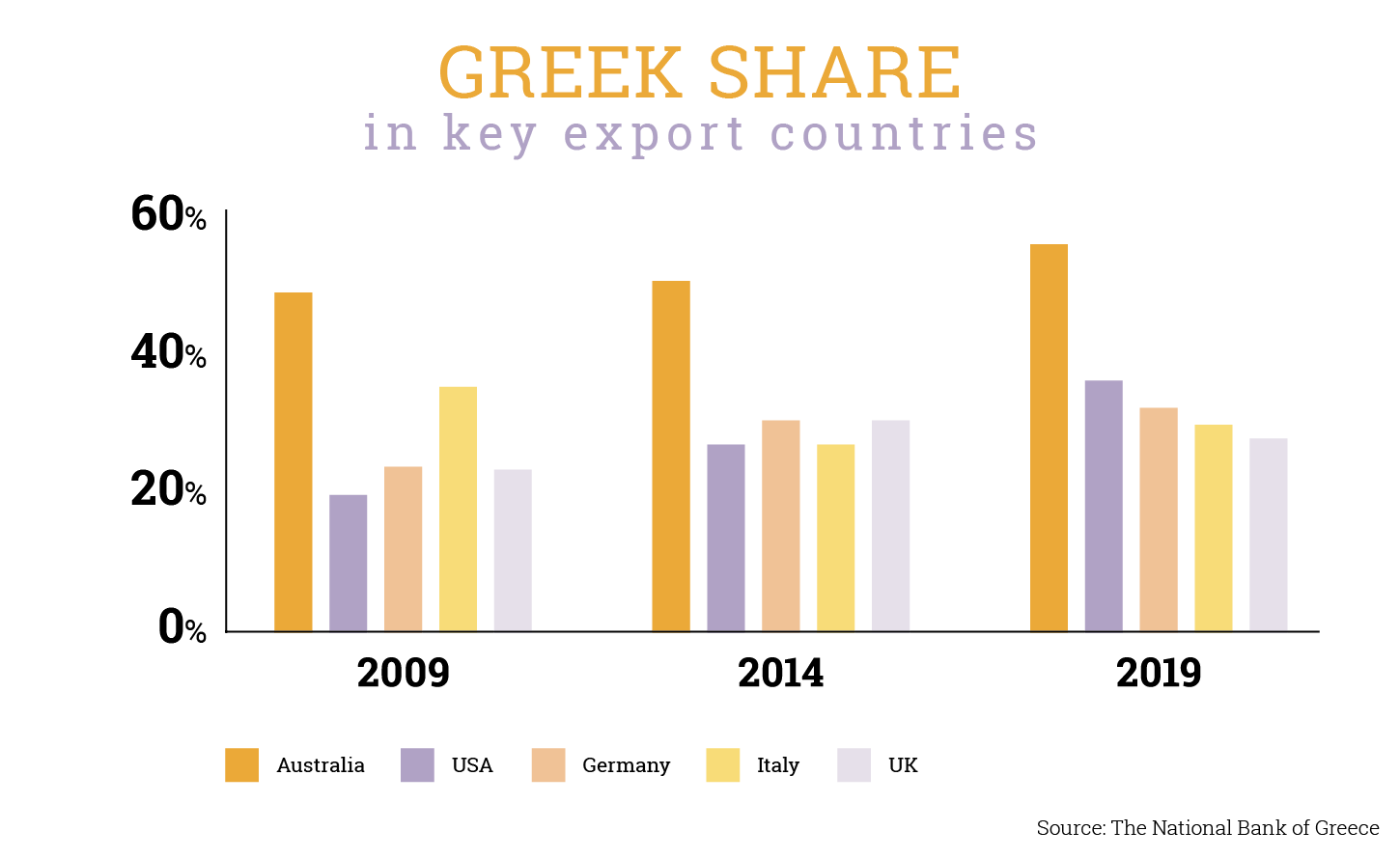 Region of South Aegean to set up gastronomy cluster

Dimitra Tzika: “The Aegean Sea is our competitive advantage”