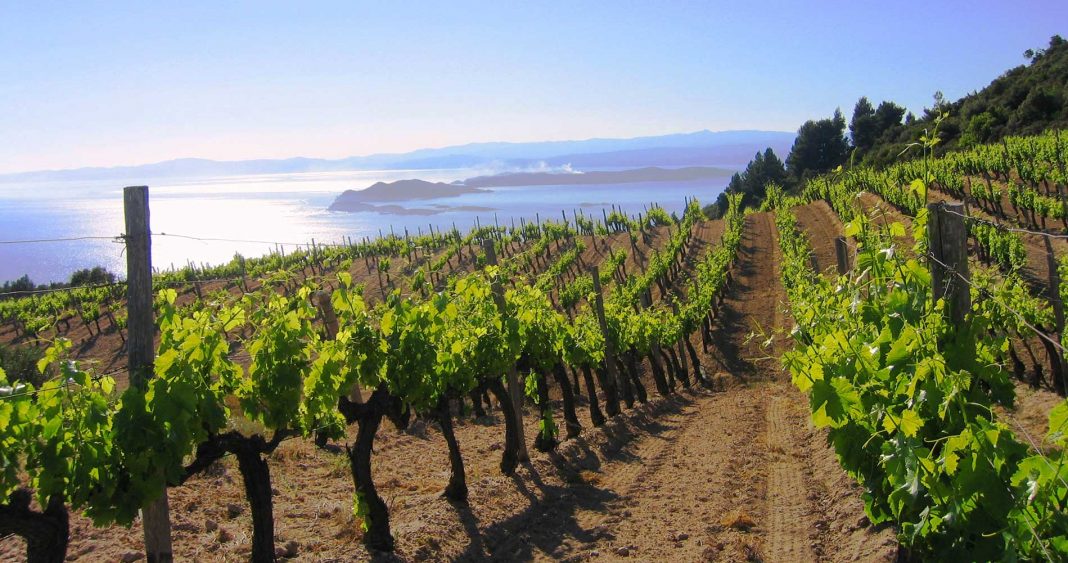 Production, exports, hectarage, varieties and protected indications; Greek wines may have limited production capacity but are of top-tier quality and full of exciting flavors.

Despite being the cradle of contemporary wine culture, the Greek vineyard remains uncharted territory for oenophiles all over the world. Many archaeological finds in Greece, Asia Minor, and the Black Sea (areas that had been settled by the Greeks during antiquity or the Middle Ages), and from different historic periods, have proven the importance of wine-growing, wine-making, and wine trading in the Greek social as well as economic life.
By using the sea trade routes towards the Middle East, and the mountainous trade paths to the Balkans, wine has managed –even from Minoan times– to become the number one product in exports, enjoying a strong market share in West Europe and the Russian Empire, until at least the end of the 19th century. Since then, however, a number of factors such as the destruction of the vineyards from phylloxera, the desolation of the countryside from the wars, the cultivation of more bountiful crops (tobacco and fruit-bearing trees), urbanization, and the difficulty of wine makers to turn to updated technology, have gradually pushed Greek wine from the spotlight. 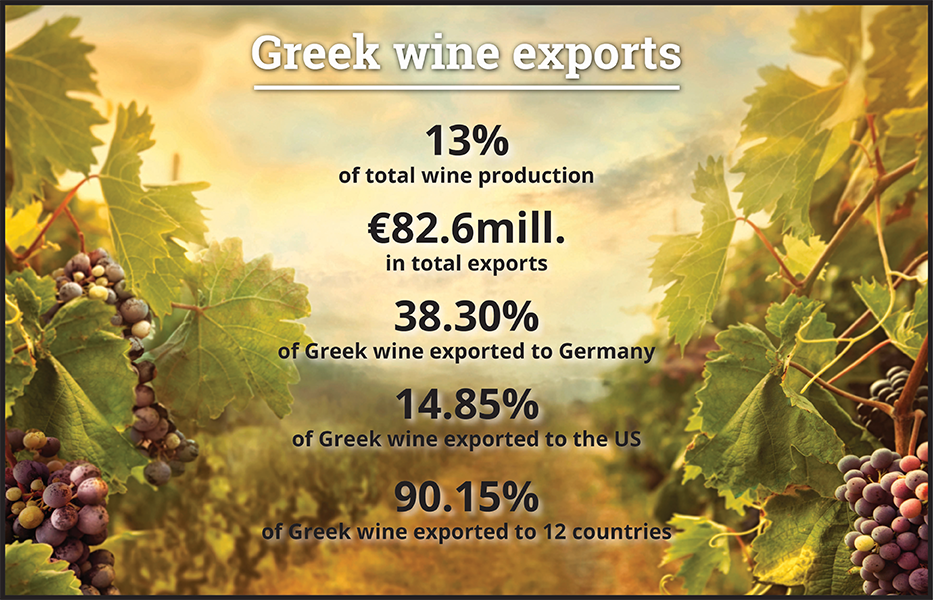 A wind of change started blowing sometime during the 1980s, when the first generation of Greek oenologists that had studied abroad—at celebrated French universities—returned home. At the same time, significant investors appeared in the wine business intent on transforming the Greek wine scene. These young, ambitious oenologists and agronomists, used their academic knowledge and work experience at legendary French chateaux in Bordeaux to transform the Greek vineyard through extensive planting of foreign, and, later on, indigenous varietals.
Combining an ancient heritage with the most sophisticated wine-making practices, Greek producers can be proud of the distinctive flavor, and individual palate structures of the modern Greek wines. The development of unique viticultural practices (integrated management systems in most cases), and the limited yield potential per hectare have resulted to an increase in terms of grape quality. With better produce quality and cutting-edge equipment, wines coming out of Greece have aromatic complexity, individual palate structure, good aging ability, and stand apart from the competition.
Furthermore, most wine-makers have left rustic style wines behind, and have introduced fresher, lighter wines that showcase the virtues of each indigenous varietal—those varietals that during the last twenty years have managed to give a unique and original character to the new wines of Greece.
The only challenge, now, is how Greek wine producers can promote the superior quality of their wines to the international markets, as well as the millions of tourists visiting Greece each year. 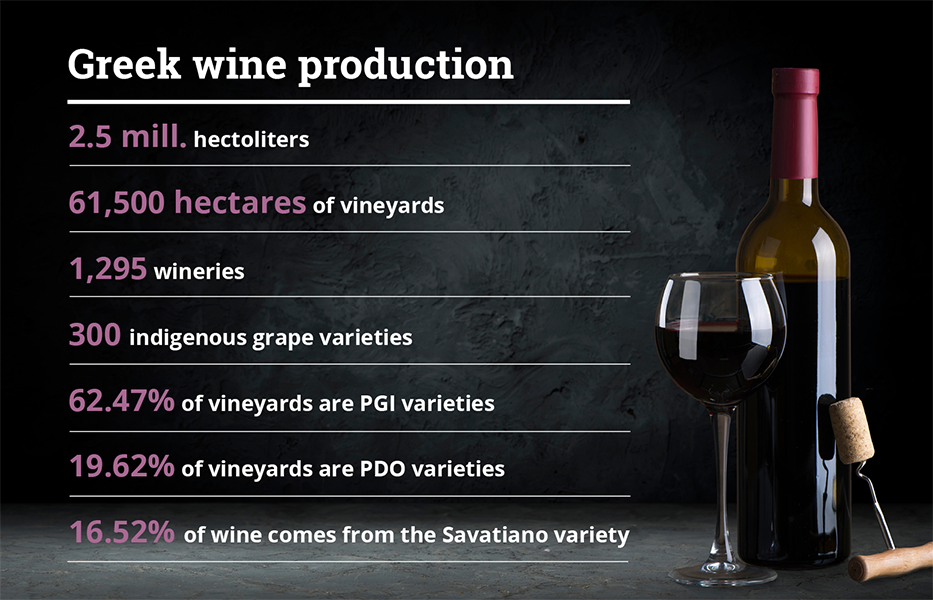 The new wines of Greece

“The advantage of Greek wine is its distinct, authentic character. There are exceptional Greek terroirs and notable Greek varieties. Consumers interested in Greek wines are true connoisseurs and that is why, in international target-markets, we focus mostly on ambassador wines from varieties and regions that are unique in character and produce exceptional wines. For the time being, it appears that the Assyrtiko variety –the most easily recognizable variety— takes the crown in international buyers’ preferences,” explains Mr Yiannis Vogiatzis, President of the National Inter-professional Organization of Vine and Wine. 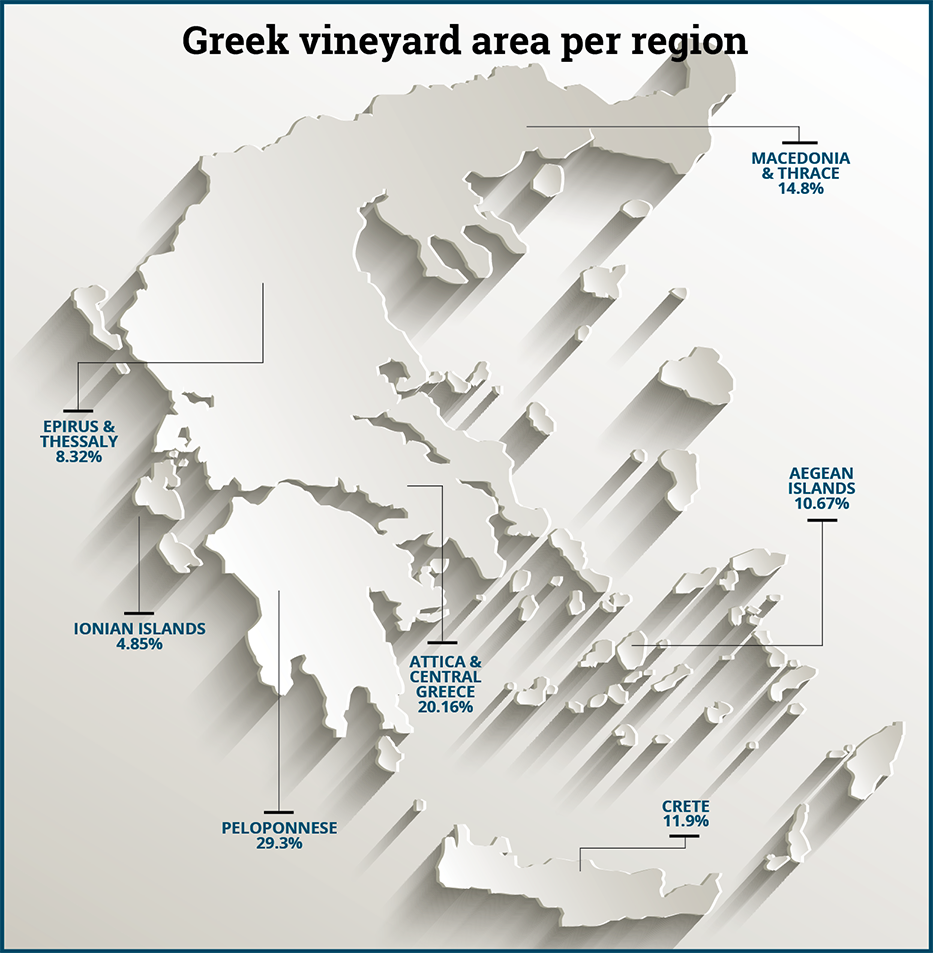 “It is safe to say that wine exports over the last 10 years have improved significantly. There is, as evidenced, great progress. In large, overseas target-markets (USA, Canada, Australia, etc.) from which Greek wines were virtually absent a few years ago, Greek wines are now present, while consumers can find them both in a good restaurant or on the shelf of a super market. Of course, this did not happen by accident, the industry, which at present is perhaps the most extrovert in Greek production, has fought and still fights on a plan-by-project basis,” he continues. “Since 2010, with the implementation of targeted branding and marketing strategies, we have been able to infiltrate ‘difficult’ markets where competition is fierce. Thus, in the target markets selected, there has been a spectacular increase in exports. Νamely: