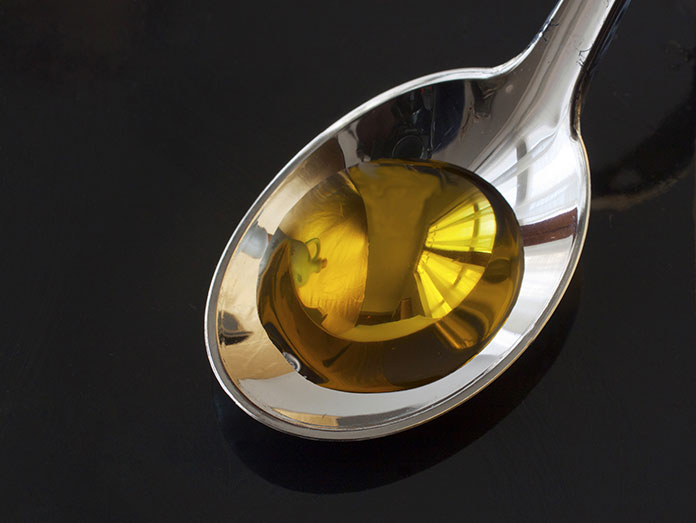 Most experts agree olive oil –especially extra virgin– is good for you. Yet, according to new research, just half a teaspoon of olive oil a day could cut the risk of a heart attack by a fifth!
Harvard researchers studied the health of nearly 100,000 people over the course of 24 years and found higher olive oil consumption was beneficial to heart health.
Researchers presented their findings a few days ago at the American Heart Association’s (AHA) Lifestyle and Cardiometabolic Health Scientific Sessions in Phoenix. Their analysis of long-term data, dating back to 1990, shows that eating more than 1/2 tablespoon of olive oil per day lowers one’s risk of cardiovascular disease by 15 percent and the risk of coronary heart disease by 21 percent.
While consumption of olive oil has been associated with improved heart health for years, the new research shows these associations with a U.S.-based population for the first time.

“There was some evidence showing that olive oil was beneficial for heart disease, but most of the research until now was conducted in Mediterranean populations,” Marta Guasch-Ferre PhD, lead author of the study and a research scientist in the department of nutrition at Harvard T.H. Chan School of Public Health in Boston, told reporters. “We wanted to see if these associations were also significant in the U.S. population, where usually intake of olive oil is lower.”
All participants were free of cancer, heart disease and other chronic diseases at the start of the study. Every four years for about three decades, study participants answered questionnaires about their diet and lifestyle. Researchers also used statistical models to compare the cardiovascular health benefits of olive oil with other plant oils combined, such as corn, canola, safflower and soybean. After accounting for diet and lifestyle factors, the researchers found that those who ate more than half a tablespoon per day of olive oil had a 15 per cent lower risk of having any kind of cardiovascular disease.
Researchers estimated that the substitution of margarine, butter, mayonnaise, and dairy fat with olive oil could lead to lower risk of CHD and CVD.
“The main message is that our results further support to recommend replacing fats with oils such as olive oil to prevent heart disease,” said Dr Guasch-Ferre.

Gaia: A Greek restaurant right in the heart of Monaco