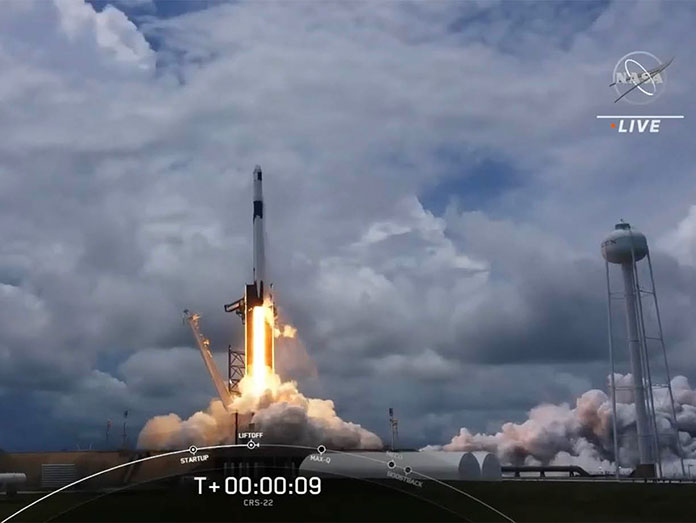 On Friday, June 4, SpaceX’s Falcon 9 rocket was launched from the Kennedy Space Center in Florida with the Dragon cargo ship carrying to the International Space Station (ISS) emblematic local products from the areas affected by the 2011 Great East Japan Earthquake.

The city of Nahara, which is located only 20 kilometers from the Daiichi Nuclear Power Plant in Fukishima, instead of a local product, chose to send olive seeds from Olympia in Greece, the birthplace of the Olympic Games, which will be planted in Naraha after their return from space.

The Dragon cargo spacecraft arrived at the ISS on Saturday 5 June. The space station orbits about 400 kilometres above the Earth’s surface and rotates around it sixteen times a day. The seeds will remain at the Japanese research facility, KIBO, and will return to Earth (no exact date has been announced) sometime before the start of the Tokyo Olympics. In addition to the olive seeds, the Dragon also transported various flowers from the Tohoku regions (such as wild cherry, sunflower, azalea, camellia, etc.) as well as other products such as rice and sake.

The olive seeds have been presented to the Mayor of Naraha, Mr Yukiei Matsumoto by the Greek Ambassador to Japan, Mr Konstantinos Kakiousis, in early November 2020 during a special ceremony at the Ambassador’s residence. As Mr Kakiousis had stated at the time, the olive tree has been a symbol of victory and peace since antiquity, and this time around it will symbolize Naraha’s victory against the adversities caused by the 2011 disaster.

Unismack: Launch of investment that will increase production by 50%

Demetri Tsolakis: Greek with a twist