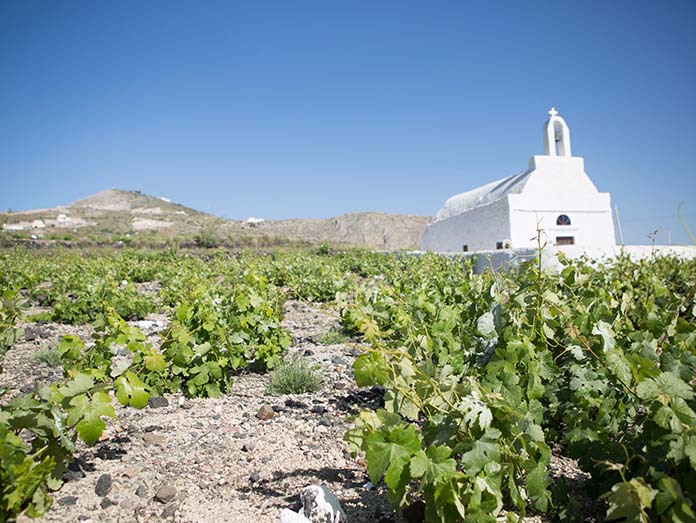 Leading members of the Liquor Control Board of Ontario (LCBO) visit important wine regions of Greece.

A few weeks ago (September 9 to 19, 2022), members of the Liquor Control Board of Ontario (LCBO) visited celebrated wine regions of Greece, coming in close contact with the high quality Greek wine in its place of birth. The visit of the leadership of the LCBO to Greece, following the initiative of the National Interprofessional Vine and Wine Organization – EDOAO and the practical support from Hellenic Investment and Foreign Trade Company – Enterprise Greece, opens new, greater prospects for Greek wine exports to Canada.

The delegation, consisting of the President & CEO George Soleas, the Vice President Abhay Garg and two other top executives, visited Athens, Thessaloniki and key wine growing regions, such as Santorini, within September 2022. Events and meetings were planned, with special tastings, in which 70 wineries, with more than 300 labels, took part.

To be noted that on September 13th a meeting was held in Thessaloniki, with the participation of the Secretary General of the Ministry of Foreign Affairs and President of Enterprise Greece Ioannis Smyrlis, the President of the LCBO George Soleas, the Managing Director of Enterprise Greece Marinos Giannopoulos and the President of EDOAO Konstantinos Efstathiou, where the steps that should be taken to promote Greek wine in Canada in the coming years were discussed.

Prior to the visit of the LCBO members, the president of Interprofessional Vine and Wine, Mr. Konstantinos Efstathiou had noted that with this visit, the export expectations for the Canadian market, which has always been one of our country’s target markets, are growing. He also added that the organization’s efforts to upgrade the position of Greek wine in foreign markets will continue in a systematic and consistent manner and thanked Enterprise Greece and the Office of Economic and Commercial Affairs of Toronto, for their valuable contribution.

On behalf of Enterprise Greece, the Authorized Advisor and Member of the Board of Directors of Enterprise Greece, Mrs. Betty Alexandropoulou, said: “The Canadian market is of great interest for Greek food products due to the thriving Greek Community, the high standard of living of its consumers but also the EU – Canada Trade Agreement (CETA) which opens up new horizons in trade. Greek wine has great scope for growth in this market and for this reason Enterprise Greece supports, in collaboration with EDOAO and our Office of Economic and Commercial Affairs in Toronto, important promotion actions, such as the invitation and hospitality of senior executives of Liquor Control Board of Ontario (LCBO) in Greece.”

The Interprofessional Organization of Vine and Wine has been recognized as national by the Hellenic Agricultural Ministry since 2001 (Decision No 339097/9-2-2001) and represents both vine and wine sectors in Greece. Some of the basic aims of the Organization are to: