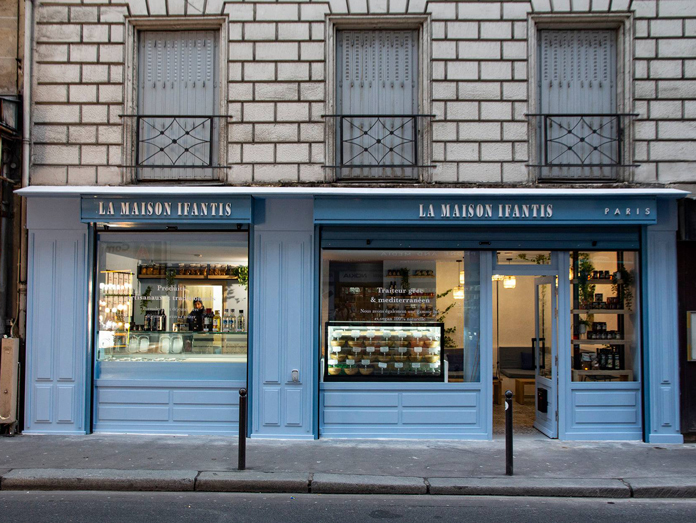 Greek businesses are expanding way beyond the borders of their home country. The latest example? Ifantis, one of the largest food companies in Greece, has just opened a store in the heart of Paris, France, at 59 rue de Paradis and featuring Greek and Mediterranean delicacies as well as the entire product range of the group. It is worth noting that the French subsidiary, Ifantis France SAS, was established at the end of 2016 and in addition to the commercial department, it also has logistics facilities.

Ifantis group has also subsidiaries in Cyprus (2012), Bulgaria (2008) and Romania (1998), while its production centers in Greece (Kifissia-Athens, Alexandroupoli, Trikala) and since a short time ago in the US.
Regarding the group’s performance for the year 2020, which was characterized by the COVID-19 pandemic, all the available data state that Ifantis maintains an upward growth. Moreover, in 2019, Ifantis also recorded a further market share expansion and achieving a significant increase in revenue. Namely, the group’s revenues in 2019 amounted to €159.5 million and the parent company’s revenues amounted to €100.7 million, showing an increase of 11.18% and 13.26% respectively compared to the year 2018. Overall, the company in 2020 continued to increase its share in the Greek market in the cold cuts category, which exceeds 30%, while strengthening its presence in other food categories.