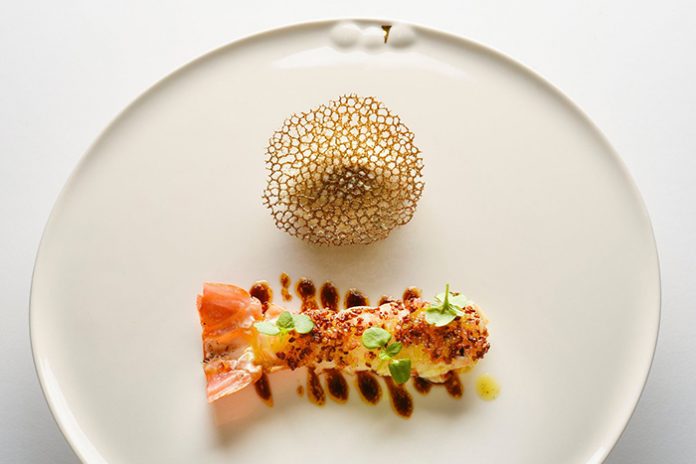 High gastronomy is one of the pillars of the five-star resort Sani Resort in Halkidiki, northern Greece, and its annual gastronomic celebration under the name of Sani Gourmet (now in its 13th year), brings together some of the finest chefs from Greece and around the globe, along with some of the industry’s rising stars already starting to make a name.

This year, from May 10 to 14, Sani Resort hosted an entire constellation of talented epicurean stars, giving food enthusiasts a rare opportunity to enjoy meals prepared by the world’s very best, to marvel at superb champagne and wine pairings and to explore ingredients, inspiration and food culture at large. The culinary pulse of the entire globe was represented by 8 chefs from the culinary traditions of Europe, US, Asia and Australia. Boasting 15 Michelin stars between them, each of these eight ground-breaking chefs is at the peak of their career, enjoying international acclaim and impressive distinctions.

Thomas Bühner from Germany with 3 Michelin stars has not only been at the top of Germany’s gastronomic scene for more than twenty years, he effectively helped shape it. His ethos has most recently manifested itself at the acclaimed La Vie restaurant in Osnabruck.

Stephanie Le Quellec from France with 2 Michelin stars, epitomizes the zeitgeist of French gastronomy in 2019. Her food is all about French tradition, grace and passion. Sophisticated but unpretentious, Stephanie La Quellec has received her two stars for the iconic La Scène in Paris at Prince de Galles hotel.

Simon Rogan from the UK with 2 Michelin stars has been compared to a director expertly shining the spotlight on his protagonists –the highest quality ingredients in the world. Opening the acclaimed L’Enclume in 2002, he was soon awarded his very first Michelin star, and yet another one in 2013.

Manjunath Mural from Singapore with 1 Michelin star is the first chef to score a Michelin star for an Indian restaurant in Southeast Asia for his restaurant, The Song of India. 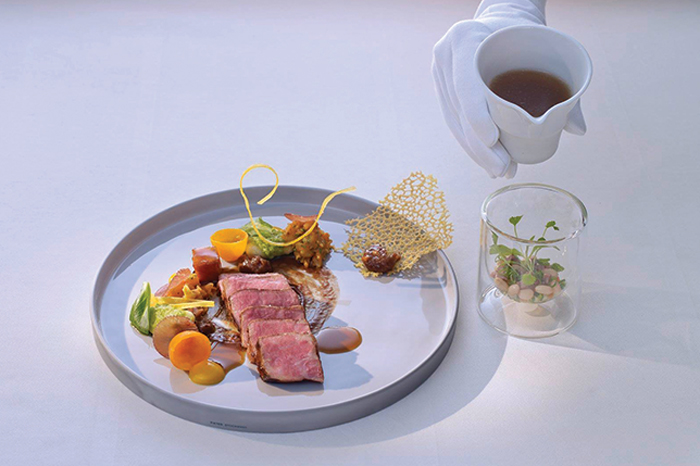 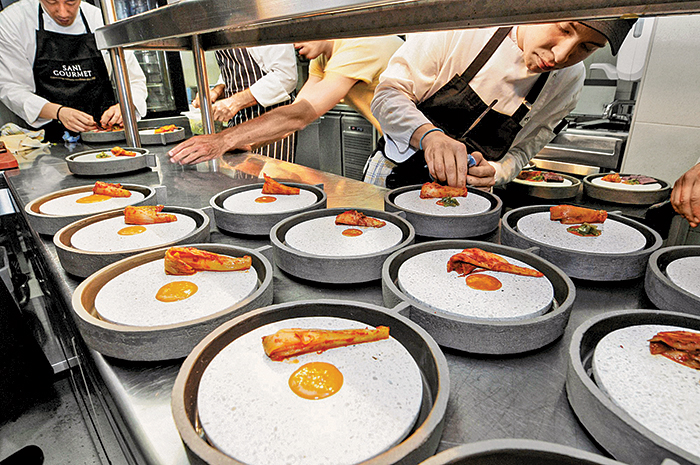 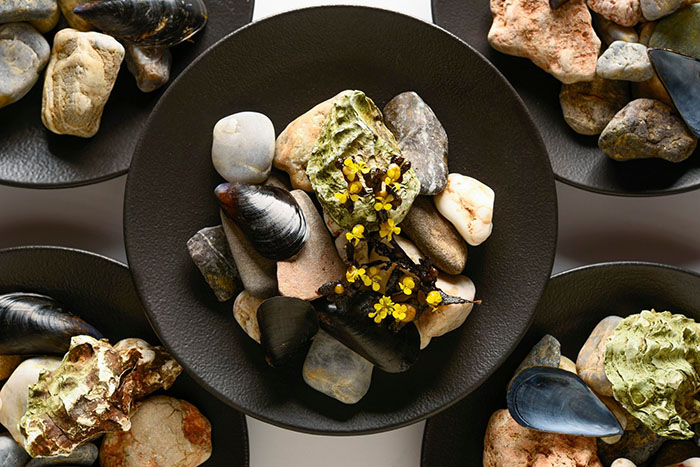 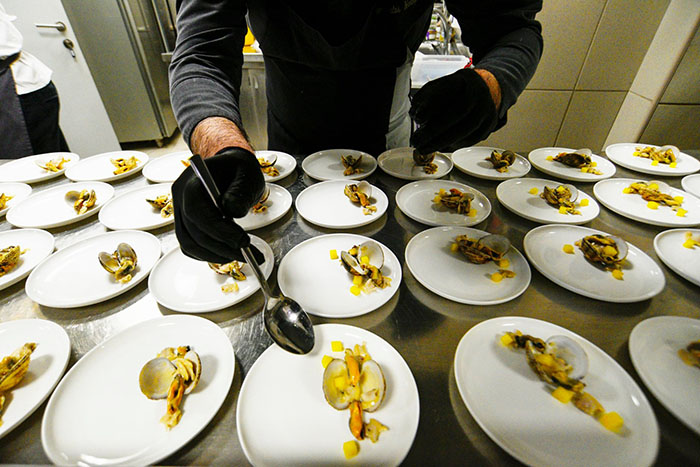 Rafa Costa e Silva from Brazil with 1 Michelin star. From Spain’s two-Michelin restaurant, Mugaritz to his own restaurant, Lasai, Rafa has found success, thanks to dishes that are local, simple but rich.

Takagi Kazuo from Japan with 2 Michelin stars is amongst the most respected names in the “Kyo-ryori” tradition, which has its roots in the kitchen of the Emperor of Japan and uses food to tell stories, utilizing unique techniques. His goal is to preserve this refined Kyoto tradition at his restaurant, Takagi, and share it with the world.

Fredrik Berselius from the US with 2 Michelin stars, represents the trendy New Nordic style of cooking. He is the chef-owner of Aska, whose ten tables are among the most sought-after in New York, serving seasonal, local and oozing with creativity dishes.