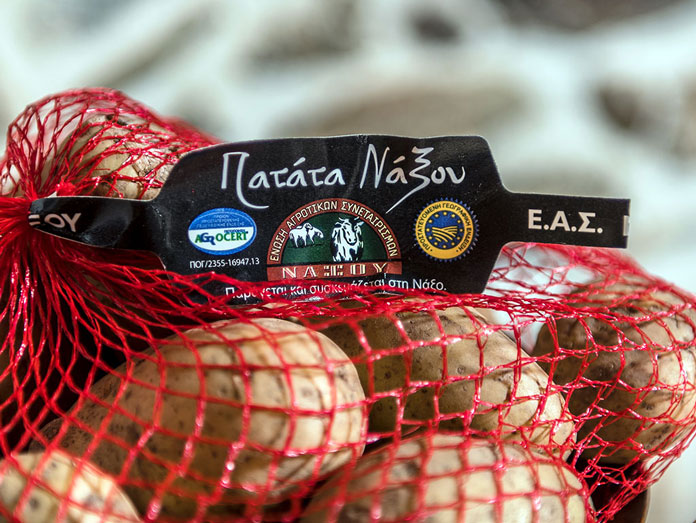 The Union of Agricultural Cooperatives of Naxos is not only producing the famous Graviera Naxou PDO cheese or the newly-listed as a PDO denomination, Arseniko Naxou, but is also marketing another delicious and renowned product cultivated on the Greek island: potatoes. In fact, according to the latest information, the Union has just signed a deal with Barba Stathis SA, member of the Vivartia Group, the leading food company in Greece, relating to the supply of potatoes from Naxos.

“We have entered into an agreement with Barba Stathis company, one of the leading procurers of frozen vegetables in Greece, for a trial period in early 2020 with limited quantities of potatoes which is expected to be completed in the near future with significantly larger quantities,” explains Mr Dimitris Kapounis, President of the Union.

The Union already supplies with potatoes from Naxos large supermarket chains in Greece, such as AB Vassilopoulos, Sklavenitis and Lidl, while this new deal with Barba Stathis is expected to raise the profile of the product still further. 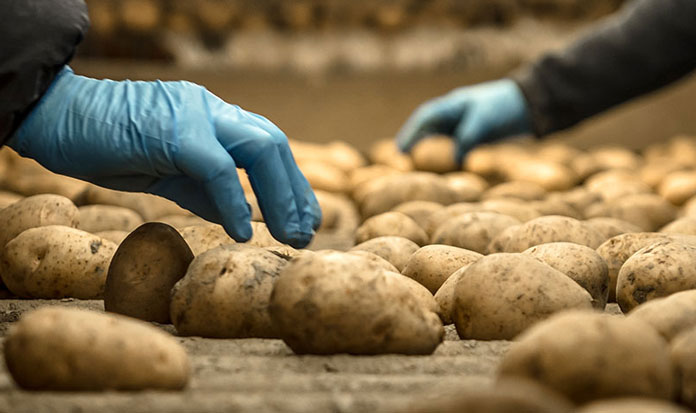 As far as 2019 sales are concerned, the Union was approximately at the same level as in the previous year, according to Mr Kapounis: “The drought has indeed affected potato production. As a result, despite the good performance in the cheese and meat sector, we failed to exceed last year’s total sales.”

The Union has its own packaging plant in Naxos, where potatoes from producers all across the island are collected, evaluated and sorted and gathered in special cold stores. Afterwards, the potatoes are packed in 3kg or 25kg nets and are sent to supermarkets across Greece. It is worth noting that each pack has all the necessary markings, thus fully respecting the traceability process.

Drop in Greek exports in August – Food still on the rise