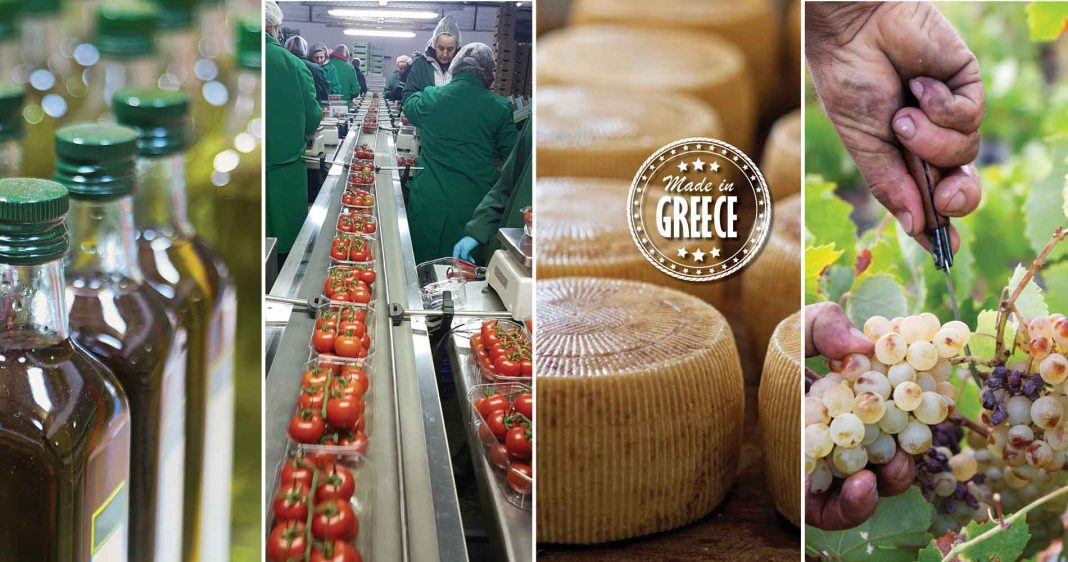 Greek exports reached a new record high in 2018, proving that the upward trend the sector has developed in the last years is here to stay. Namely, Greek Food & Beverage exports showed an increase of approximately €347 million during the 2017-2018 period, amounting to €5,430 million in 2018 compared to €5,082 million in 2017, and accounting for 16.2% of total Greek exports.

As Dr Georgios Konstantopoulos, President of SEVE (Greek Exporters Association) explains, “The unrivaled quality, great taste and nutritional value of Greek food are the best ambassadors for conquering international markets. Not to mention that Greek products are the basis of the much-lauded Mediterranean diet, followed by millions across the world. And as Greek cuisine keeps gaining momentum, local businesses must meet to the ever-growing demand with products of high added value.”

This significant boost of the Greek F&B sector in export performance is mostly due to the increase of exports in a plethora of products, the most important being extra virgin olive oil. According to SEVE, extra virgin olive oil exports for the year 2018 amounted to €530 million, registering an increase of almost €117 million –the growth was caused by the fact that exports to Italy have been significantly strengthened (about €82 million). In addition, cheese products have also contributed to the positive increase in sector exports (€20 million), while in third place were olives with an 8% share. Within the top ten products exported, seabream (4.6% of exports share), peaches (4.1%), seabass (3.7%), yogurt (2.6%), oranges (2.5%) and kiwi fruit (2.3%) were also featured, while various food preparations amounted to a 3.6% share. 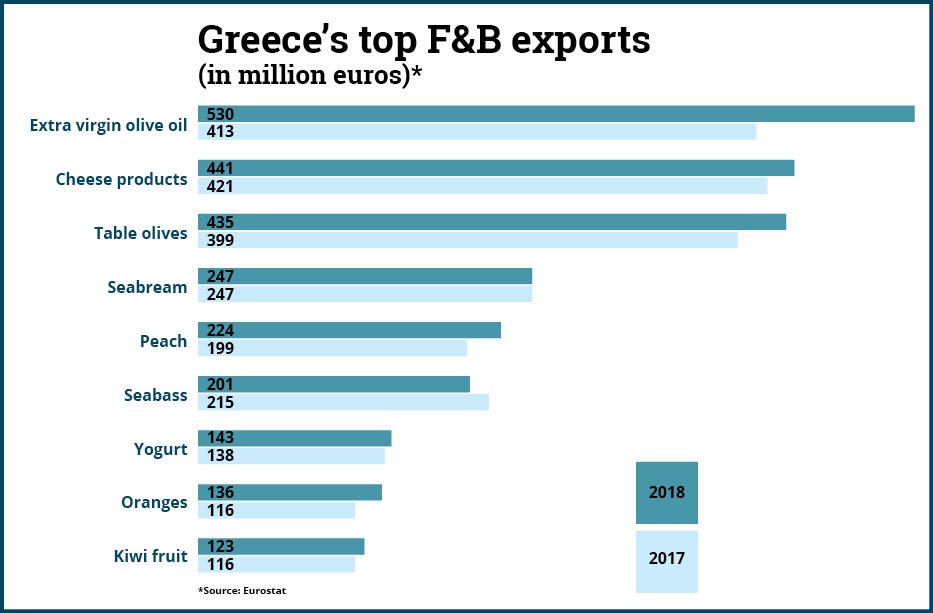 Regarding the countries of export for Greek food & beverages, Italy holds the majority share with 18.2%, while Germany and the United Kingdom come in second and third place with 14.4% and 6.9%, respectively. The US are the fourth most important destination for Greece’s food products, with exports showing a 0.6% increase during 2017-2018, whereas Cyprus and Bulgaria also hold significant market shares (5.2% and 4.8%, respectively). Spain isin seventh place with €218 million in exports and an increase of €27 million compared to 2017, followed by Romania (4% of export share), France (3.9%) and the Netherlands (3.9%). 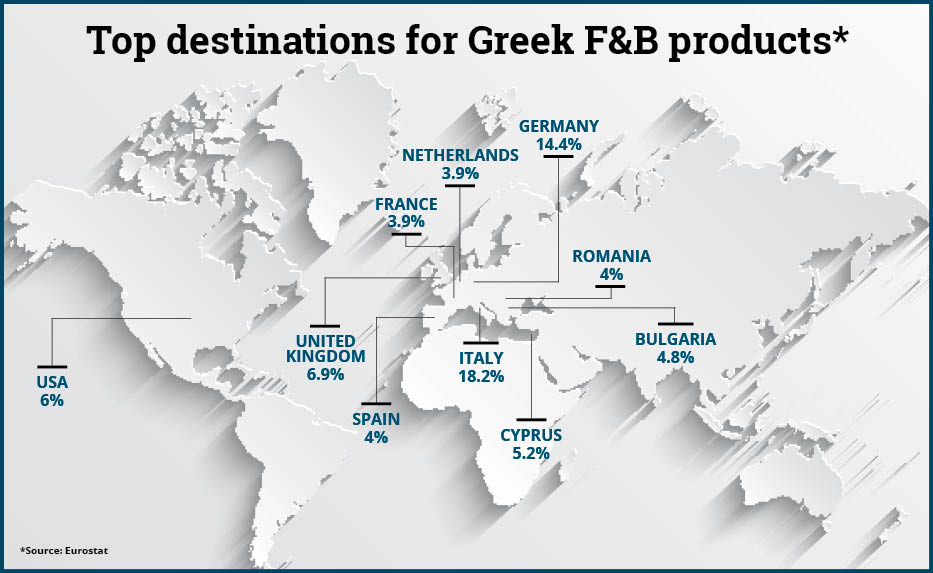