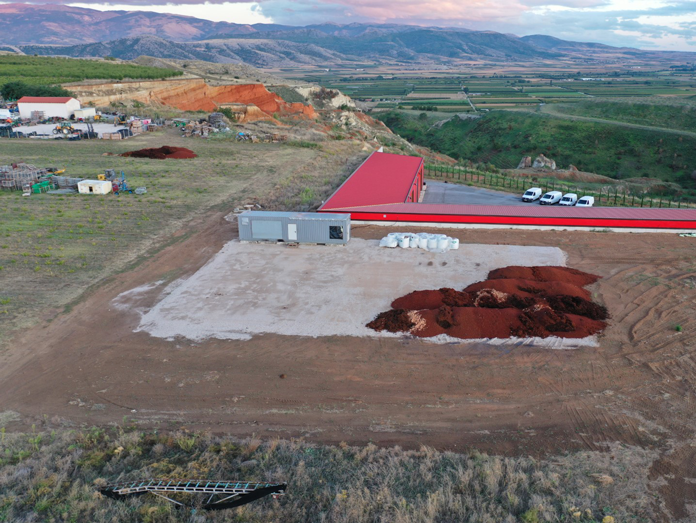 For the last 36 months, a pilot project has been underway for the co-generation of energy and heat using agricultural residues, such as wine grapes. A prototype was created by a team of young scientists (EMISIA, a spin-off company of the Aristotle University of Thessaloniki / Laboratory of Applied Thermodynamics) from Northern Greece, and with the assistance of Hephaestus, a company active in the agricultural machinery sector, the unit was placed in a container so that it could be transported and operated exactly at the place where the biomass is produced, i.e. in a winery.

For the past 10 months, and despite the adversities created by the pandemic, extensive testing of the unit has been taking place at the Alpha Estate vineyards, in Florina, where a significant quantity of biomass from the 2020 harvest has been properly stored and subsequently fed into the prototype. The unit operates independently, controlled by an “intelligent brain” and is a power generator, which converts solid organic residues into energy, on-site. What is now treated as waste is thus transformed into a valuable commodity, decreasing both energy & waste disposal costs.

It was expected that the prototype would be able to reduce energy costs up to 100% and waste management costs up to 88%, increasing profitability and leading to payback periods of less than 3 years. And, indeed, the conclusions from the testing phase are very encouraging: In total, from a volume of 20 tons of harvest residues (stems), about 14,000 kilowatt-hours of electricity and 28,000 kilowatt-hours of heat can be produced, enough to cover 5% of the respective needs of Alpha Estate.

The units could be initially introduced in wineries in the Mediterranean region, and at a later stage to other agro-food sector industries, across Europe and the world.