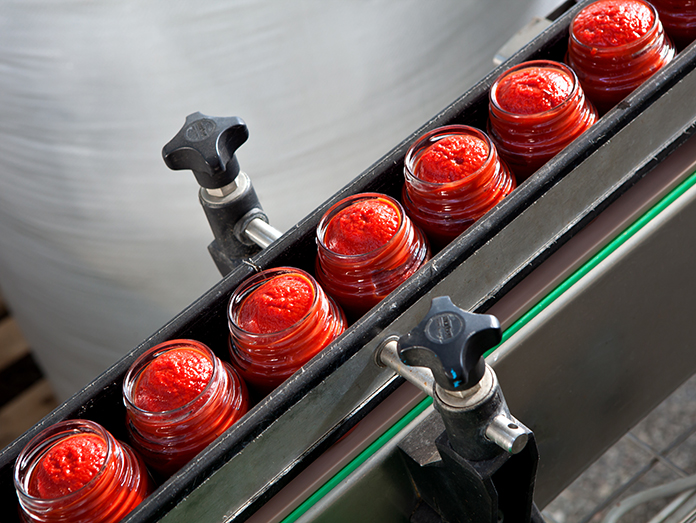 Consumption of tomato products has risen significantly in 2019/2020 as attested by the acceleration of retail sales recorded last spring in the aisles of many supermarkets around the world, leading to the almost total absorption of stocks everywhere in the world even before even the start of the 2020 season. In fact, according to the Swiss trade analysis company Trade Data Monitor, which maps the global industry, the world trade in pastes grew last year by nearly 5% compared to its average level over the three previous years.
This is, of course, good news for Greek processed tomatoes. Exports from the Greek canned tomato industry, according to Trade Data Monitor have shown an upward trend in double digits for the year 2019/20.
Namely, the Greek trade of tomato paste during the 2019/20 period amounted to 30,797 tons with 18,905 tons going to Western EU, 7,705 to Eastern EU and 1,170 tons to the Middle East, to name the country’s major destinations.
As far as canned tomatoes are concerned, total exports in 2019/20 for Greece amounted to 40,145 metric tons, with 30,058 tons going to Western EU and 1,085 to Eastern EU.

According to the Trade Data Monitor, comparison of monthly tomato paste exports for the period starting in October 2019 and ending in October 2020 shows a total of 36,085 metric tons, which is approximately 2% up from the previous year. The increase in the level of export activity was directly linked to the pandemic crisis which has greatly affected consumption patterns and preferences.

Better prospects for production in 2021

Analysts expect a 10% increase in Greek production volume for 2021, which will be a direct result of the surface planted with tomatoes which is also expected to increase by 10%. This means that if weather conditions are good the total volume could amount to 460,000 tonnes.