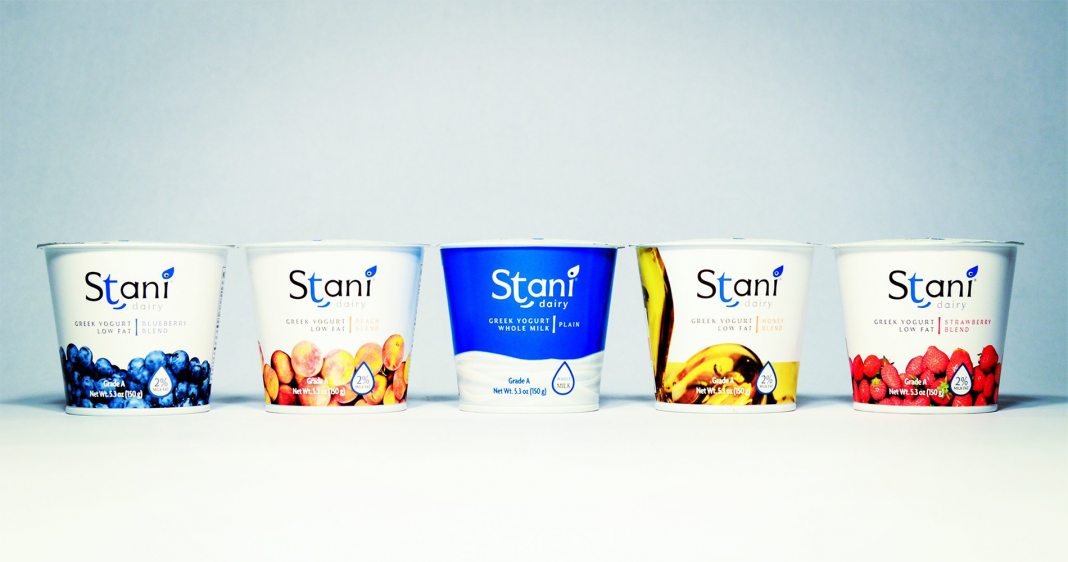 With a dream to make authentic Greek yogurt available to US consumers and beyond, Ignatios Vasilellis and his family-owned brand are building the future by borrowing from the past. An interview with a Greek dairy producer that has succeeded blending tradition and innovation in the most delicious way.

Stani Dairy began years ago on a small, family-owned farm in the town of Kalloni on the island of Lesvos, Greece. Its founder Ignatios Vasilellis, following his passion for farming and dairy, studied on the mainland to perfect his craft and in 2012 established a small unit producing yogurt, rice pudding and cheese. Shortly after, in 2015, he moved to the United States to pursue a lifelong dream of producing authentic Greek yogurt for consumers.
Mr Vasilellis’ dream came to fruition in 2016, when he and his family found the perfect spot to establish Stani Dairy. Over the last years, the family has been working hard to get its creamy Greek Stani yogurt in dairy cases at supermarkets throughout the US and, in the near future, to the rest of the world. This is what he has to say about making Greek yogurt abroad, his passion for perfection and how he built his success story.

What is your story and the story behind Stani Dairy?
I grew up on the island of Lesvos, Greece in a town named Kalloni. Since the age of three, I would help my dad on the family farm learning all the skills passed down through the family. At 15 years old, I headed to the mainland for the next two years to study at Galaktokomiki College of Ioannina, the sole college in Greece and the Balkans for dairy producers. After graduating, I returned to the island and worked at reputable dairy production facilities. In 2012, I formed a company called “Eugeuston” to produce and distribute traditional Greek yogurt, rice pudding and cheeses. “Eugeuston” products were sold across the island of Lesvos and quickly spread to other areas of Greece.
I decided to move to the United States when I married my wife Meni. After arriving in the United States in 2015, I had dreams to expand and offer traditional Greek products to the US consumers. Stani Dairy was established in. We make five different flavors of Greek yogurt and sell them in serving size and bulk containers. We sell to a wide variety of places including markets, restaurants, and distributors. As of now, we are distributing our products to four states and look to expand nationwide. 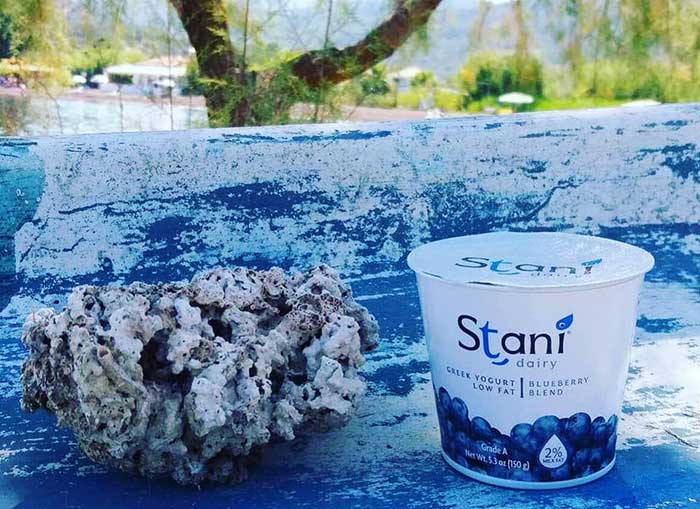 Greek yogurt has been a trend for quite some time now. Do you think there is still room to grow?
Of course we think there is room to grow even in this competitive setting. We create such a great, clean product and want consumers to love it as much as we do. Yogurt consumption has grown at all eating occasions, in and out of the home, for breakfast, lunch, dinner and in-between meals. We expect the thick, creamy texture of our Greek strained yogurt rich in protein and probiotics to appeal to consumers as a meal, an on-the-go snack, a breakfast food, a food item before or after a workout, even as a dessert. Original and blended flavors are available to satisfy those willing to add their own toppings as well as those wishing to enjoy a fruity, honey or savory blend.

What makes Stani Greek yogurt stand out?
Our artisan strained Greek yogurt uses an “old-world Greek style” method involving fermentation, refrigeration and true straining of the yogurt with the use of curd bags. The focus is to produce small batches of the protein-rich strained yogurt taking the time to truly offer smooth, superior texture and flavor. Our yogurt is produced naturally with no additives or preservatives.

Greek yogurt is an authentic Greek product that must be produced following a certain traditional method –a process yourself and your company are privy to. How do you respond to other, not Greek brands, that make what they market as “Greek style yogurt”?
I believe as a yogurt maker born and raised in Greece, the old traditional straining process is the only method to make real Greek yogurt and by not adding any additives or preservatives.
The companies in the United States took advantage of the name “Greek yogurt” to promote the healthy, Mediterranean diet but use powders, gelatins, and stabilizers to make the product thick like a Greek style yogurt.

What is the brand philosophy?
Our Stani values include providing healthy, nutritional food products to our consumers using only natural ingredients and flavors to manufacture high quality, wholesome yogurts. We apply stringent standards to our production process and follow the strictest quality standards. We also aide environmental efforts by using eco-friendly containers.

Where do you see yourself in the future? What are your plans for the brand?
Our plans for the brand is to be a nationwide and worldwide brand continuing to produce with the old traditional Greek style method of making yogurt. We would like to expand to more flavors of Greek yogurt and to other types of dairy products.