Ambrosia Magazine
Home Market News The dossier for the registration of gyros as a PGI product is... 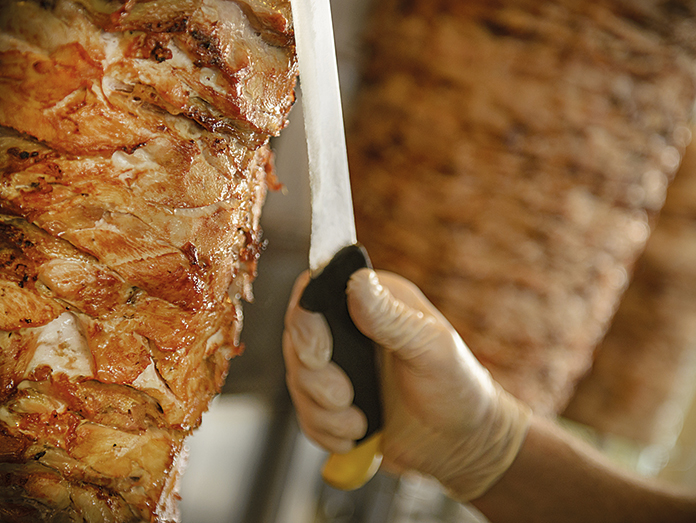 An important step for the Greek food industry, as well as the country’s livestock farming and exports, is according to Ms Fotini Arambatzi, Deputy Minister of Rural Development & Food, the beginning of the certification process of gyros as a Product of Geographical Indication (PGI).
Gyros, a dish made from meat cooked on a vertical rotisserie, is a traditional Greek product and there have been discussions regarding its certification for years now. Finally, the time has come to make the “dream” come true. In fact, a meeting with representatives from the relevant institutions, such as the meat industry interprofessional body and pig farmers, was held just yesterday in view of the submission of the dossier to the relevant departments.
“It is with great pleasure that I see things have begun quite well. Serious work has been done in documenting the Greek positions on both a historical and technical level, a fact that allows us to be realistic and moderately optimistic that we can win a great battle at European Union level, opening a new, large window of opportunity for the Greek livestock and meat industry,” stated Ms Arambatzi highlighting the fact that as far as gyros with Greek ingredients (meat) is concerned, there will additionally (to the PGI indication) be special labeling. 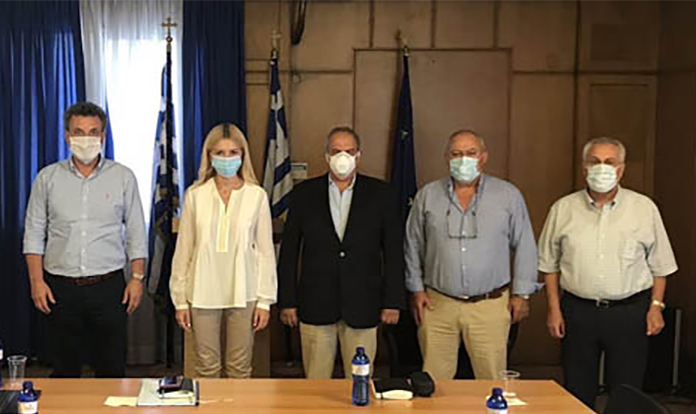 The meeting for the beginning of the certification process of gyros as a PGI product between the Ministry and the relevant industry players.

The impact on the economy

“Food is one of the strongest comparative advantages of the Greek economy. With strategic decisions, such as the certification of gyros as a PGI and not as a Traditional Speciality Guaranteed (TSG) product, with honest cooperation and creative understanding, with collective effort, our country can achieve a lot in this area for the benefit of the whole economy and, of course, for the benefit producers, companies and employees in the industry,” said the Deputy Minister, while reaffirming that the political leadership of the Ministry will resolutely and actively support the effort to register this important product.
She added: “We know that we have before us an uphill battle to secure Greece as the only country of production and origin of gyros. But we have the historical and technical documentation and especially the will, to succeed.”
Also present at the meeting were the CEO of ELGO-DIMITRA Mr Panagiotis Chatzinikolaou, the Vice President of the Association of Greek Meat Processing Industries, Mr Stelios Skaribas, the Executive Director of the Association of Greek Meat Processing Industries, Mr George Economou, Mr Giannis Bouras, President of the New Federation of Pig Associations of Greece, the President of the National Interprofessional Meat Organization, Mr. Lefteris Gitsas, and the Head of the PDO, PGI, TSG Department of the Ministry of Rural Development & Food, Ms Sofia Manana.