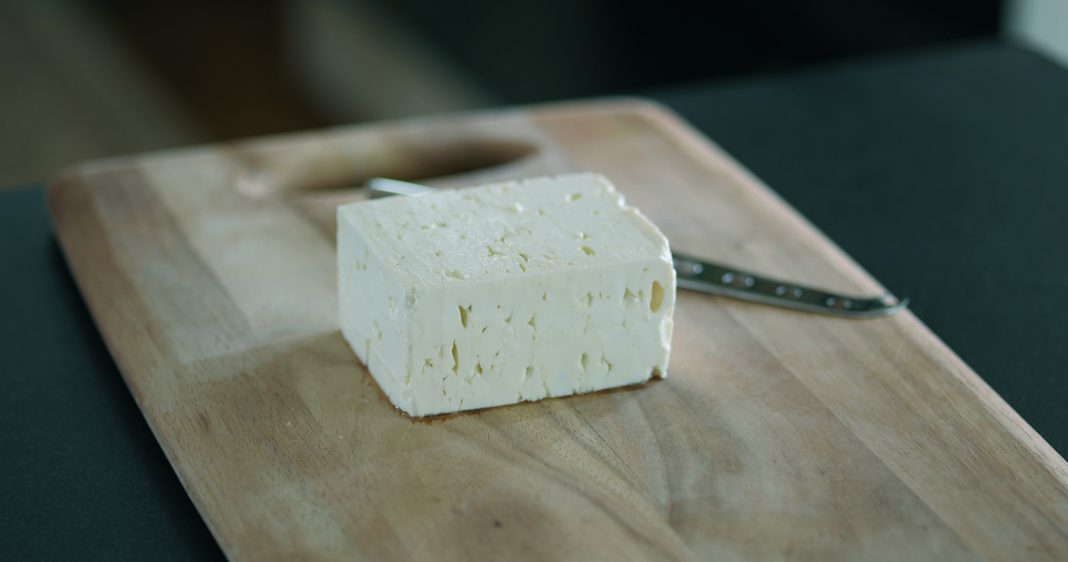 Dr George Tsangaris and Dr Athanasios Anagnostopoulos examined several types of PDO Feta collected from all across Greece, analyzing the famous cheese’s protein content and determining its nutritional properties and value, and establishing its authenticity against imitations.

Recently, scientists at the Biomedical Research Foundation of the Academy of Athens (BRFAA) have decoded the “DNA” of the authentic Feta cheese produced in Greece, unlocking its secrets at a molecular level. Dr George Tsangaris and Dr Athanasios Anagnostopoulos examined, using high resolution mass-spectrometry –namely a method they developed themselves and called “trophometry”– several types of commercially available PDO Feta cheese collected from all Feta-producing regions across Greece, analyzing in full their protein content by employing exhaustive deep-proteome analyses and identifying their nutritional properties and value. The research revealed that all varieties of PDO Feta contain 489 different types of protein known, among others, for their antimicrobial activity and for strengthening the immune system. The research also identified many proteins related to vitamins and other oligoelements that benefit the nervous system, help maintain good kidney function, regulate arterial pressure and reduce cholesterol. As a result, the authentic Greek Feta cheese emerges as one of the most protein-rich cheeses in the world.
Researchers used a groundbreaking method recently developed and exclusively implemented by the BRRFAA Proteomics Facility, called trophometry. In developing this technology, the BRRFAA Proteomics Facility became the first unit in the Balkans and northeast Europe to apply molecular traceability. In addition to proving Feta’s high nutritional value, the new BRFAA method can help determine the quality of the milk used during production; shield the market against instances of food adulteration; and, finally, distinguish authentic PDO Feta made in Greece from other varieties of white cheeses. 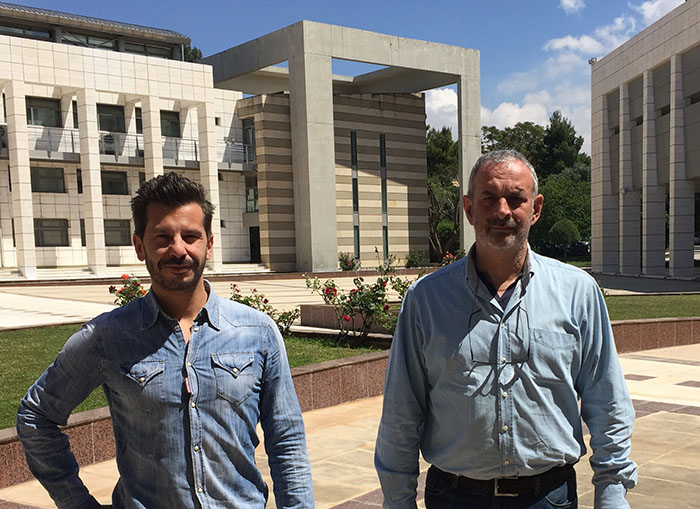 The results of your research show that there are 489 different proteins in Feta. What does that mean, exactly?
Dr George Tsangaris: The first thing we noted was that Feta cheese is an extremely rich biological material. Up until recently, we knew that Feta has casein, which is found in milk as a suspension of particles, but we actually encountered an extensive range of proteins, each corresponding to a different action. This way, we identified in Feta PDO proteins that strengthen the immune system, help transfer calcium to the bones, help the function of the nervous system, etc. Proteins we had absolutely no idea existed in Feta cheese.

So, Feta is some kind of super food…
Dr George Tsangaris: Exactly. There are proteins related to the processing of Vitamin D within the body, proteins associated with the gut microflora formation, with the good functioning of the nervous system; proteins that, as my colleague stated, we had no idea existed in Feta cheese in the first place.
Dr Athanasios Anagnostopoulos: Since several groups of proteins were identified, Feta can be considered a food full of many nutrients. Our findings debunk the myth that Feta is a “dangerous” food, with high fat and salt content.

Were there some common characteristics in the different Fetas analyzed?
Dr George Tsangaris: There is a certain diversity. As I explained, Feta is a biological material and as such, it also has special characteristics. The Feta cheeses we analyzed have, each one separately, many more proteins. But those 489-490 proteins we identified are common to all of them. 489 is the minimum number of shared proteins Feta cheese should have. 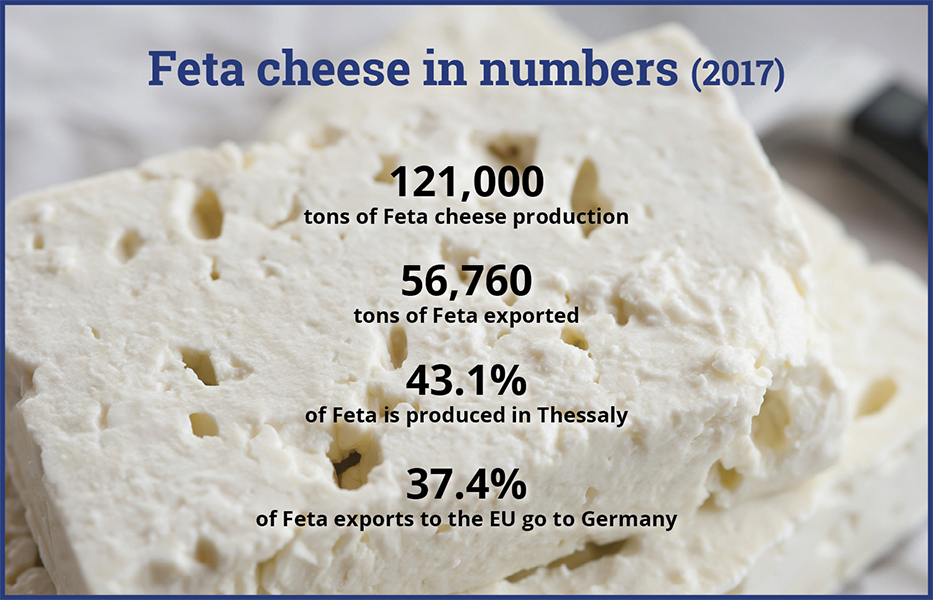 Why is this research and its findings so important?
Dr George Tsangaris: Our research proved that Feta PDO has certain characteristics that make it unique. Therefore, any cheese without these characteristics cannot be considered as Feta. Feta should be restored to the mind of the consumer as a cheese equal to other “great” international cheeses, such as Parmigiano, Gruyere, etc. The trophometry method and its findings can help distinguish authentic PDO Feta, the one made in Greece from Greek milk and in specified Greek regions, from other varieties of white cheeses, which are of inferior quality and of different flavor.
Dr Athanasios Anagnostopoulos: This particular research is extremely important because it managed to give substance to a significant traditional Greek product. What makes it so beneficial from a nutritional point of view? Which are its characteristics? What makes it stand out from others, similar products? And how can it assert its identity abroad? Therefore, based on these findings, we can not only pinpoint how Feta cheese is beneficial to the human body, but also what exactly makes this particular cheese so unique. Thus, we also highlight this traditional, if you will, chain of production, which starts with the Greek animals, the sheep and the goats, and ends in this special traditional Greek product, Feta cheese. I say that Feta cheese is not only a super food, but also a super star!