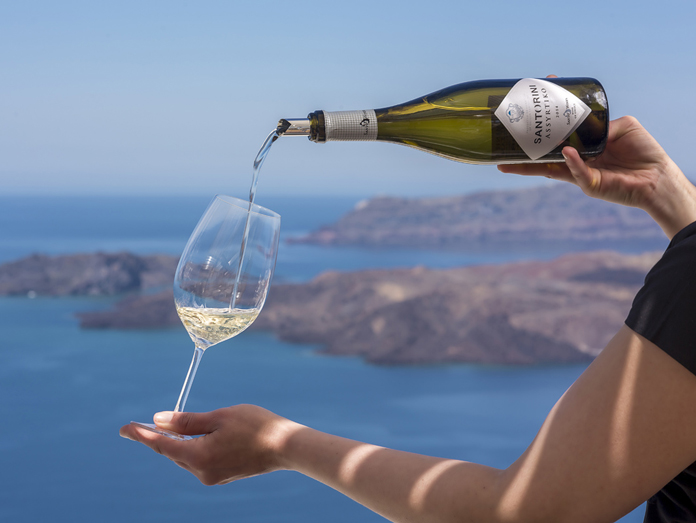 The Union of Santorini Cooperatives, SantoWines, the cooperative winery of the Greek island of Santorini, has learned that wines are going to be marketed in Argentina under the false and misleading label “Santorini”, striking a blow against the reputation of Santorini wines.

The Union, which represents the whole zone, was swift to take action and, in cooperation with the private wineries of the island, agreed to initiate legal proceedings in Argentina to prevent the distribution of Argentinian wine with this misleading indication.

“This time we are not talking about the promotion of the world-renowned Santorini wines, as the Union does from time to time through conferences or other international events, but about defending their reputation, as we became aware of information about an imminent release of wine in Argentina with the misleading indication ‘Santorini’,” specifies the Union in a statement.

At the same time, the Management of SantoWines is preparing a coordinated intervention of the competent authorities (Ministry of Foreign Affairs, Ministry of Rural Development & Food, Ministry of Development & Investments) to third countries, as besides this particular case, for which the National Interprofessional Organisation of Vine and Wine has already informed the Ministry of Foreign Affairs, there is information about other similar cases of unfair practices that threaten or damage the reputation of the island’s wines.

It is worth noting that due to the unique nature of the Santorini vineyard which produces rare varieties and wines of exceptional quality, the wines of Santorini have been selected as one of the ambassadors of Greek wine to the international markets and over time have been highly appreciated by consumers and wine experts alike.

Agreement for the protection of bees