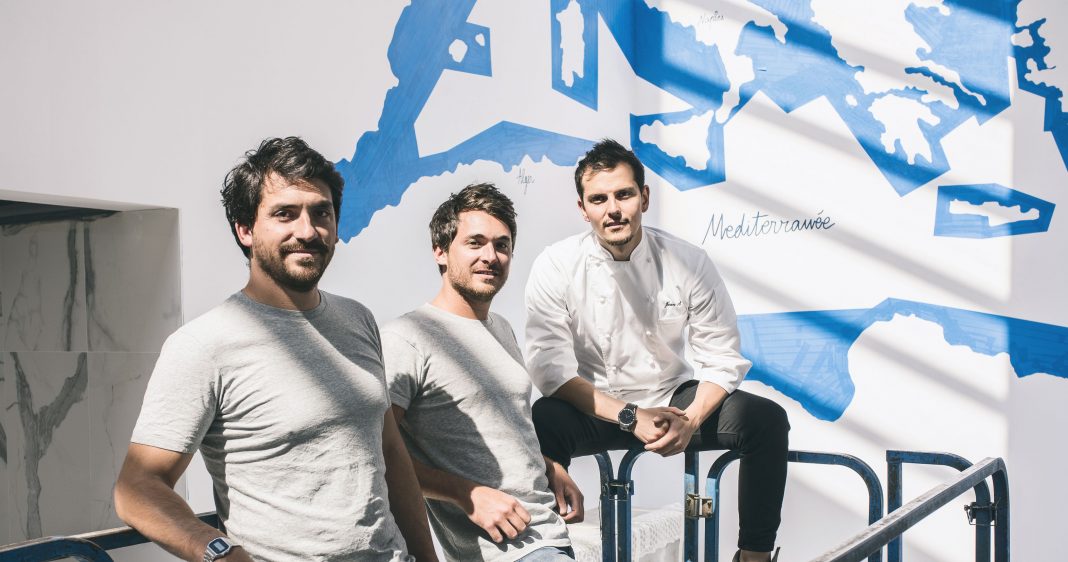 As the examples of Greek entrepreneurs hitting it big in the international F&B scene are multiplying, success stories such as the one of Greco-French brothers Pierre-Julien and Grégory Chantzios –with their brand Kalios and Yaya restaurant– are not the exception but the norm.

When brothers Pierre-Julien and Grégory Chantzios decided to take advantage of the fact that their Greek family had olive groves in the mountains of the Peloponnese and launched in 2010 their extra virgin olive oil under the brand name Kalios, little did they know that they would embark on a journey that would lead them to the kitchens of Michelin-starred chefs (Michel Roux***, Daniel Boulud**, Thierry Marx**, Nicolas Sale**) and renowned delis (La Grande Epicerie, Lafayette Gourmet, Maison Plisson, etc.) and, finally, to their own modern Greek restaurant, Yaya. 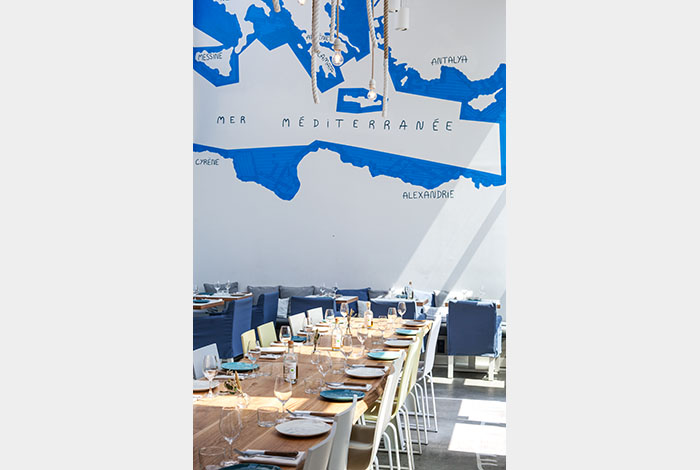 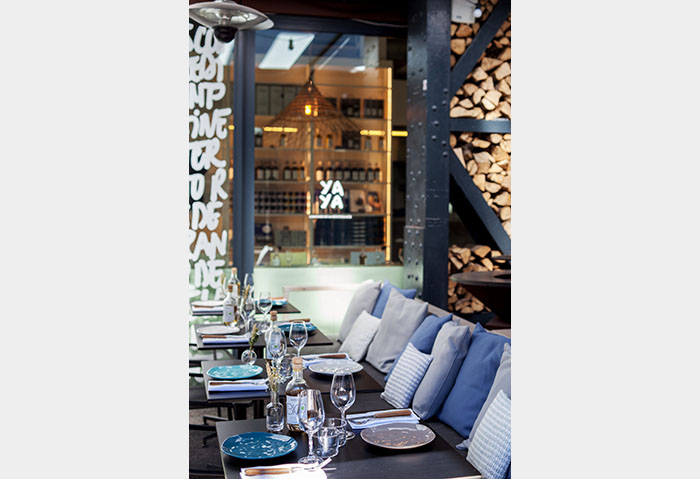 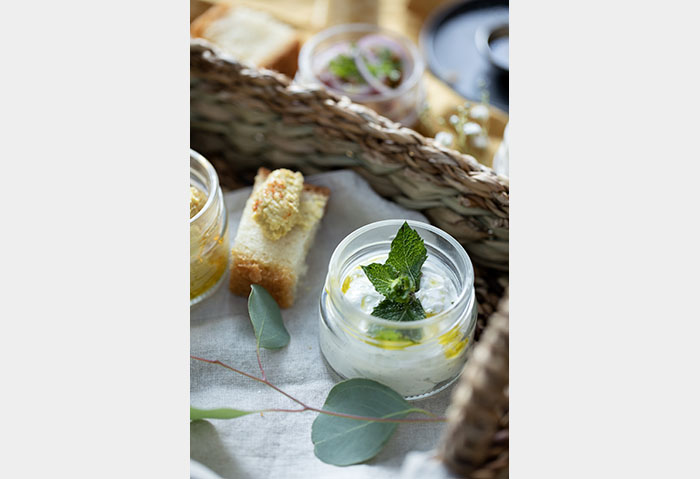 Raised near Toulouse by a Greek father and a French mother, Pierre-Julien and Grégory grew up between the two European countries and have never truly forgotten their heritage. So, it was expected that they would eventually find a way to make it a part of their everyday life; In January 2010, after the olive harvest in their groves in Southern Greece, the two brothers went to Paris on a scooter armed with product samples. Without any appointment, they knocked on the doors of famous restaurants and chefs and managed, in just two months, to place on the market 30 5lt bottles of olive oil, 12 2kg jars of table olives and 18 jars of olive paste. Word of mouth worked wonders and soon their Kalios range included more gourmet offerings, such as Cretan rusks, Feta from the island of Lemnos, marmalades and honey from the Peloponnese —all from small, exceptional producers. Today, more than 80 high-end restaurants are using their products!
But their journey didn’t end there. Ever the entrepreneurial minds, the Chantzios brothers decided to up their game. In June 2017, they launched together with their friend and acclaimed chef, Juan Arbelaez, Yaya (the Greek word for grandmother and an homage to their own yaya, Eleni), a restaurant specializing in modern Greek cuisine with a French and international twist. Success was almost immediate. And no wonder, since the brothers Chantzios believe that food is, first and foremost, an experience that needs to be lived to the fullest.

Do you believe that Greek restaurants in Paris, London, New York, etc. have helped develop this ever-growing interest in Greek food?
For sure! Greece is the favorite destination of the French. After every holiday in Greece, people come back with a word in their mouths: Greek food is delicious!
The Greek influence offered by restaurants in Paris, London or New York is more than in “vogue” today. And it’s all thanks to the new image of Greek food, far from the clichés of old-school Greek taverns. Nowadays, new Modern Greek dishes are all the rage, with values such as authenticity and sharing, for everyone’s happiness.

In your opinion, is there a New Greek Cuisine? What are its characteristics?
As we said before, New Greek Cuisine is based on specific values: cuisine, authenticity and sharing. The aim is to offer consumers a modernized Greek cuisine with the most famous specialties adapted to European palates, such as a tzatziki less garlicky, a pita bread with a little less olive oil, a Greek yogurt restyled…
Today, when we go to the restaurant, we really want to live an experience, a culinary trip… In Greek restaurants, the watchword is sharing! You just have to seat around a big table, order a huge mountain of food and alcohol: meze, main dishes, deserts, ouzo, tsipouro, Greek wines and share it with other people, just like in Greece. After that, you realize that you did not just go to the restaurant; you had a real culinary trip. This is what we try to do every day at Yaya.

What made you market your own, branded olive oil? What image does the international (French in your case) clientele have of Greek products?
Olive oil is in our blood. We never thought that one day we would become olive oil producers! To understand how we got there, we must go back few years back. Petros Chantzios, our paternal grandfather, lived from the olive oil production in the heart of the region Kalamata, in the village of Neochori-Ithomi. His olive oil was the only oil we had ever known. Our parents were bringing back this olive oil for our house but also for friends that have quickly been seduced. 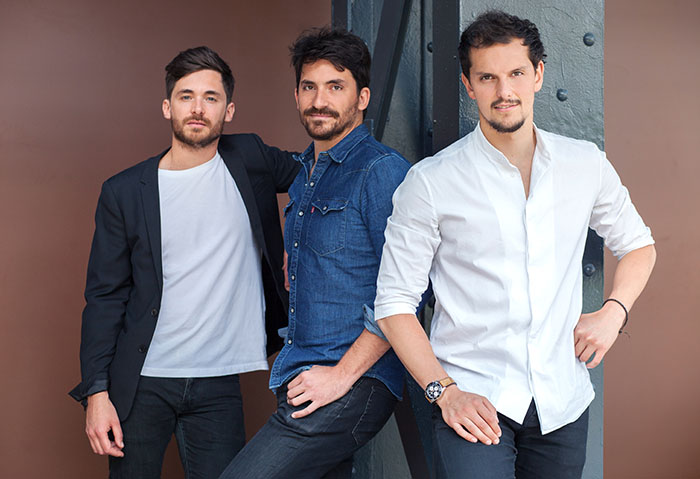 Can you tell us a few words about the Yaya menu? How would you describe it?
Yaya is a matter of heart, but also a story of taste. On the plates, the recipes of the yaya Eleni, subtly revisited by chef Juan Arbelaez who has brought his touch of modernity and his know-how to these full of history dishes.
In addition to offering generous cuisine, Yaya makes a point of honor to quality products. Everything is homemade and sourced with care. The menu embraces the seasons and offers only fresh, tasty and specially-selected products. There’s nothing like starting with tzatziki and homemade olive oil bread. Difficult to make a choice between the grilled octopus with tender flesh and delicate taste, or the beef souvlaki served with onion confit and sage. But Yaya makes it easier for us because here, we put everything on the table and people share. We also offer a selection of the day: a different dish every week for lunch like Moussaka on Thursday. Finally, we also suggest people share deserts; the Greek yogurt mousse, the Portokalopita or the chocolate fondant with olive oil, because everything is delicious.

What ‘s the plate in your menu that your customers prefer more often?
Our Greek specialty is our homemade Pita bread! It comes in 3 recipes: vegetarian, pork confit and confit lamb shoulder. Always accompanied by tzatziki, fries cooked in olive oil and fresh seasonal salad. In fact, our Pita won the Fooding 2018 award for Pita in France –a very famous award in France.

What are your future plans?
At the end of the year, we intend to open a new Yaya restaurant, in Paris: Yaya Secrétan, in the heart of the capital, in this new dynamic district of Paris, the Halle Secrétan. We are still keeping our New Greek specialty a secret… It’s better to keep some surprises. See you there!

5 things to know about the authentic Feta cheese

28.09% of wine headed for distillation comes from Heraklion, Crete