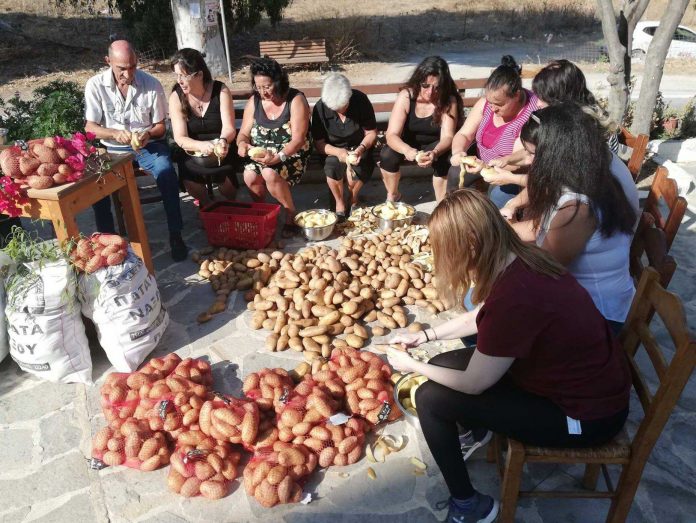 The island of Naxos is famous for its potatoes and the Union of Agricultural Cooperatives of Naxos, in collaboration with the Region of South Aegean, the San Arsenios Cultural Association and under the auspices of UNESCO, is organizing on September 6, 7 and 8, the 10th consecutive Potato Festival on the Cyclades island.

Thousands of people of all ages, both locals and visitors, are drawn to the feast every year to try the island’s potato-based recipes, made using locally produced potatoes. Artists, tv presenters, actors, known journalists and food bloggers will find themselves in Naxos to enjoy its famous potatoes, while at the same time planting potatoes for a good cause. You see, the harvest of this particular field, along with Naxos PDO Graviera and local sheep and goats will be donated to the Kallithea Model Nursery on the island.

It is worth noting than on Naxos island, potatoes have a long history. It goes back to the fertile land making Naxos –since the 1950s– the official potato seed producer of Greece. According to research, the potato has been cultivated on Naxos since the 1700s.

Nowadays, production is estimated at 8,000 tons per year, a figure that can expand exponentially thanks to the modern methods of gathering and packaging the potatoes, whereas more than 200 families are involved in potato cultivation.