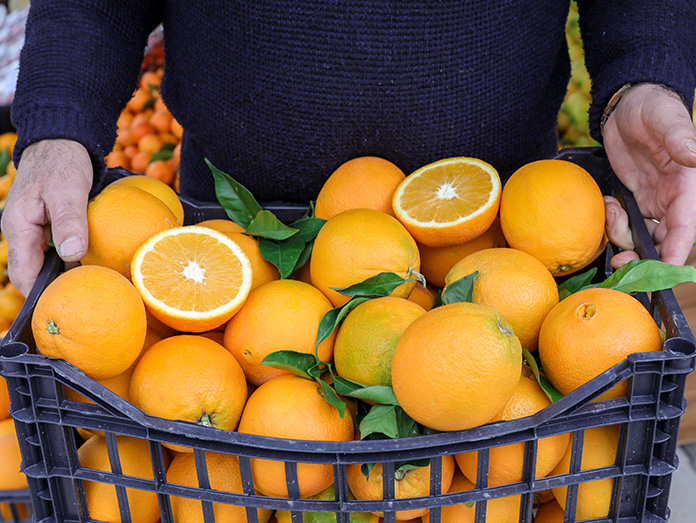 Export and distribution of citrus fruit continued as usual last week to normal levels for the season. Demand is high due to low temperatures although availability is low. This month will be crucial for the progress of the rest of the trading season.

Apple exports continue at a reduced rate of -4.9% (42,419 tons this year compared to 44,601 tons last year), while exports of kiwi fruit, vegetables and strawberries are also going strong, albeit at lower volumes than the previous year. Mr. Giorgos Polychronakis, Special Advisor at the Greek Association of Export and Distribution of Fruits, Vegetables and Juices, Incofruit Hellas, has stated that “during the lockdown, people at home are more concerned than ever with issues such as their health, fitness, and cooking, resulting to a constant and increasing consumption of fresh fruit and vegetables. However, in the current marketing year, there are people trading non-standardized kiwi and citrus fruits, directly from the field.”

According to the Documentation and Statistics Directorate of the Ministry of Rural Development & Food, exports of fresh fruit and vegetables for the week 09 to 15 January 2021, are as follows:

“We should also emphasize that the import into the UK of some products of EU origin will require some kind of certificate, according to a document from the Office of Economic & Commercial Affairs of the Greek Embassy in London,” Mr Polychronakis explained regarding the effect of Brexit on trade with the EU. Namely, from 01.01.2021, a pre-announcement of import is required (from the party handling the import to Great Britain) as well as a phytosanitary certificate for all plants and high priority products of plant origin imported to Great Britain from the EU.”