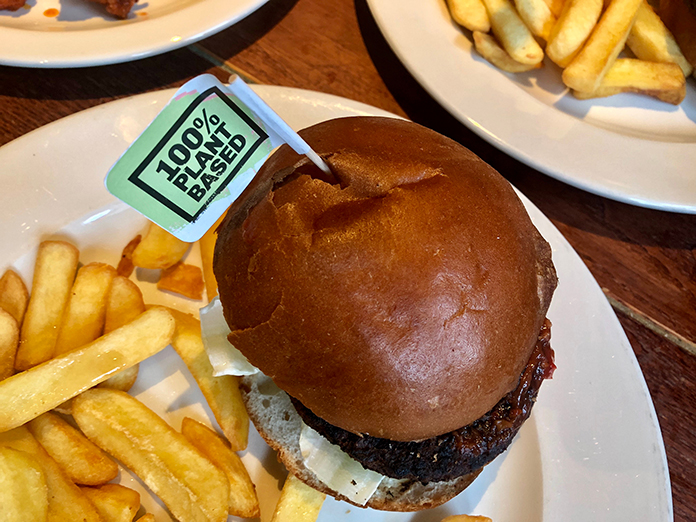 The row over how to name plant-based products is heating up after European meat and dairy sector stakeholders have come together to denounce plant-based offerings that use meat and dairy terminology, clearly misleading “EU consumers into thinking that these imitations are an ‘equal’ substitute to originals.”

In an open letter, which the Greek National Interprofessional Meat Organization, as a member of the UECBV fully endorses, Copa-Cogeca (Committee of Professional Agricultural Organisations – General Confederation of Agricultural Cooperatives), UECBV (European Livestock and Meat Trades Union), AVEC (the Voice of the European Poultry Meat Sector ), CLITRAVI (Liaison Centre for the Meat Processing Industry in the European Union), EFFAB (European Forum of Farm Animal Breeders) and the International Butchers’ Confederation, react to the attempt to appropriate the terminology traditionally used for meat and animal products from their vegan imitations.
“As European livestock representative organisations, we acknowledge and recognize the wish of a segment of European consumers for an increase of such products on the market. However we expect a fair and consistent marketing that respects both consumers and the work carried out by generations of farmers and butchers across Europe,” the letter reads. “With the involvement of the growing number of multinational companies on the vegan market these last years, there has been a push for denominations such as ‘steak’, ‘burger’, ‘sausage’ etc. on plant-based dairy and meat imitations. Such marketing of dairy and non-meat products can clearly mislead the EU consumers in thinking that these imitations are an ‘equal’ substitute to originals.”
Furthermore, in contrast to popular opinion that plant-based foods are healthier, European livestock groups argue that ultra-processed meat alternatives can often be high in additives, salt, sugar and fat. The groups are also concerned that the use of meat and dairy denominations by their alternatives might further compromise European cultural food heritage.
“If we protected our local and regional heritage with Protected Geographical Indications (PGIs) and Protected Designations of Origin (PDOs) we should be consistent and also protect the denominations of more common goods which are also a result of our heritage.”

In April 2019, the EU Parliament AGRI Committee voted in support of far-reaching changes to EU food labelling rules. These proposals, however, did not pass through the rest of the EU policy process before the May 2019 EU Parliament elections. Through their open letter, the meat and dairy sector stakeholders urge MEPs to defend the original amendment and not accept any compromise.
“For the European livestock sector this is not a fight against, but a call for the rightful acknowledgement and respect for the work of millions of European farmers and livestock sector workers. They keep our rural areas alive while providing our citizens with quality dairy and meat products, enjoyed and consumed by all generations as part of the European culinary heritage and balanced diet. The legal framework protecting the denominations in the dairy sector has created a vibrant environment and has led to certainty in the consumer relations. That is why we not only want that this is safeguarded but that also the same level of protection is extended to all other livestock products. For the following reasons, the European livestock chain representatives urge MEPs to defend the original amendment as adopted in April 2019 and not to accept any compromise on this. We can’t compromise on the consumers’ right to have reliable information on the characteristics and nutritional aspects of the products they are purchasing.”