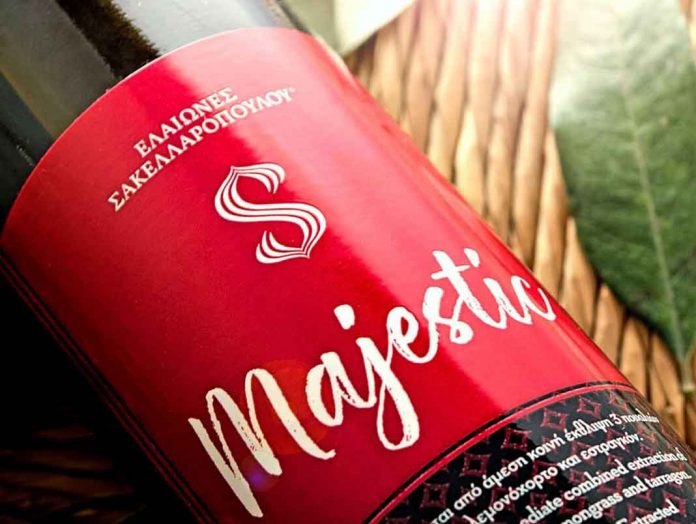 A Greek olive oil ranked first among 30 countries in the Best Condiment-Flavored Olive Oil category of the World Ranking EVOO (EVOOWR) competition, in 2018. “Majestic Flavored With Lemongrass & Tarragon” produced by Sakellaropoulos Organic Farming, with olive groves are near Mt. Parnon and Mt. Taygetos in Laconia, Peloponnese, won first place in this specific category. “This is a very important distinction, first for Greece itself, then for the Greek olive oil and then for us,” co-owner and chemical engineer Nikos Sakellaropoulos told the Athens-Macedonian News Agency (ANA). “Last year we were ranked second with our ‘Syllektikon’ olive oil,” he noted.
EVOOWR analyzed 28 international competitions that included tastings of 9,522 samples from 30 countries. Overall, Greece ranked third after Italy and Spain, followed by the US and Portugal.

In addition to the award won by “Majestic Flavored With Lemongrass & Tarragon” olive oil, Sakellaropoulos Organic Farming has recently received its 100th accolade, a record for any Greek olive oil producer. Namely, just a few days ago, the company’s organic Agourelaio (early harvest olive oil), won a silver medal at the prestigious NYIOOC World Olive Oil Competition 2019, while competing among 903 olive oil samples from all over the world.
“This award is of particular importance for us, since the competition took place after a very difficult year for Greek olive oil production,” explains Mr Giorgos Sakellaropoulos, owner of the namesake farm situated in the Peloponnese, at the foot of the Taygetos and Parnonas mountains, near Sparta, Lakonia. “This award marks a new era of creation and evolution for Sakellaropoulos Organic Farming. At this moment, we export 90% of our production to 16 countries and we intend to keep making high quality, innovative organic olive oil products.”